Sweating out your defensive roster depth as summer comes to a close? Let @Spydes78 tell you about some IDPs that are turning heads in camp! 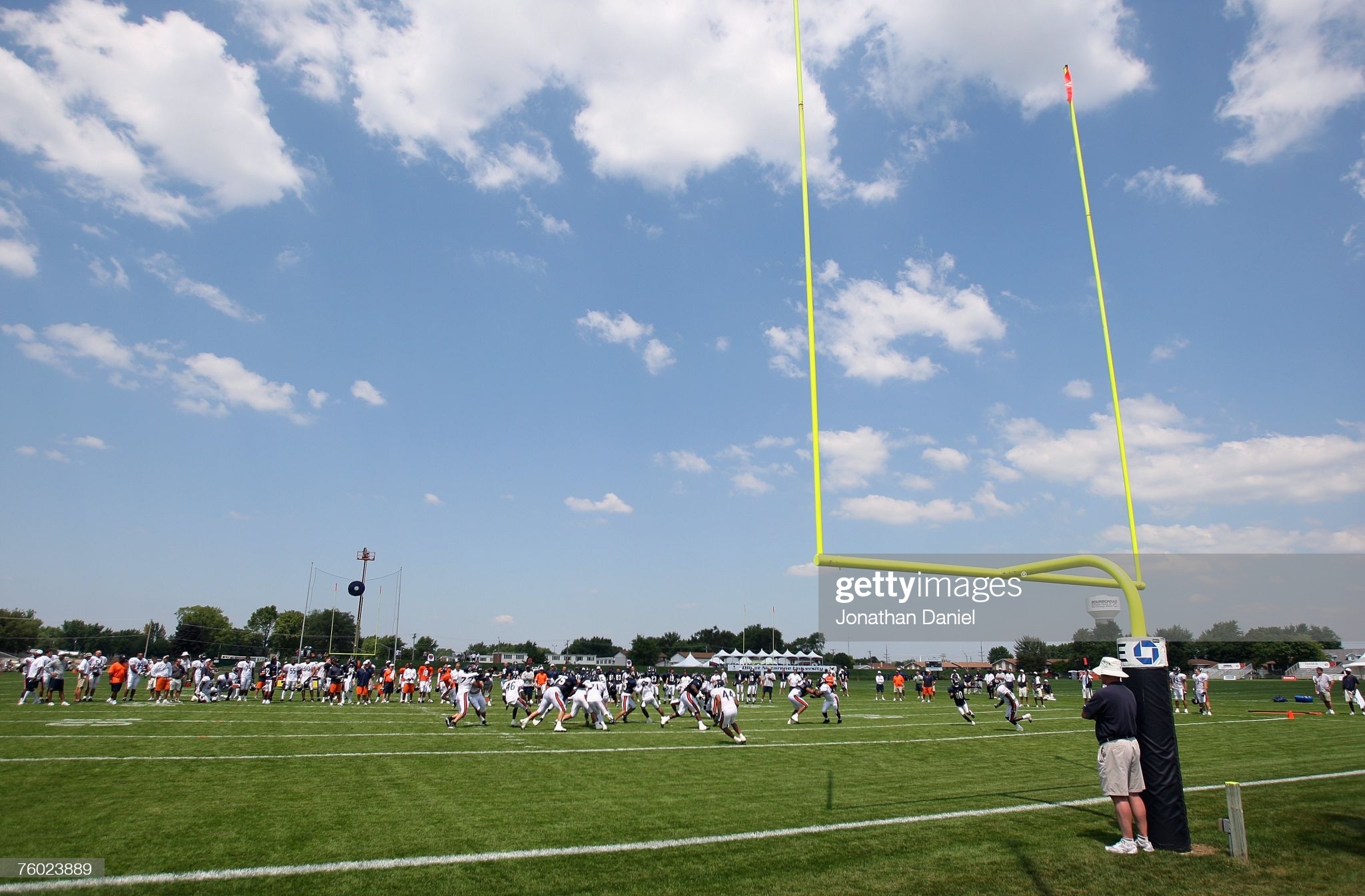 Late August conjures a full array of imagery.  Twilight waves crashing upon sundrenched sands.  Children panicked by the certain return of a metronomic school day.  Subtle color shifts in the leaves signalling fall on the horizon.

For football fans, the end of summer is a time for optimism.  Hope springs eternal.  Teams convene to train for the long season ahead.  Coaches install their schemes and look for players to build a program around.  Athletes arduously compete head to head for scant highly coveted jobs.  As they say, iron sharpens iron.  Ultimately the proverbial cream rises, and with any luck, the best team possible emerges to take the autumnal field.

At this point in the offseason, a great deal of the team planning has been completed for dynasty owners.  The rookie draft is in the books.  In contract leagues, the free agency period is likely over.  Typically, all that separates you from the season is a single waiver run.

The purpose of this article is to shed some light on a few defensive players that may be available to you for this critical final phase of the offseason.  Certainly they are not of the transformative variety; for those types you’ll need to rely on your trade negotiation skills.  However, these players all have shone during training camp’s dog days and are poised to take on a larger role than may have been anticipated.  By acquiring them, you will give your roster the depth needed to tackle the ebbs and flows of an unprecedented 17-game NFL season.

So read up, grab some IDP values, and get hyped for all that lies ahead!

At the helm of a transitioning Detroit Lions team, new head coach Dan Campbell inherited a linebacking corps that was lacking in coverage.  To address this weakness, Campbell turned to a familiar face, signing former Saints linebacker Alex Anzalone.

When Detroit reinforced the position by drafting the athletic Derrick Barnes out of Purdue, many anticipated a brewing camp battle.  However, a hamstring injury sidelined Barnes through the offseason, costing the rookie precious reps and giving Anzalone a leg up.

Now in his 5th NFL season, Anzalone has had an inconsistent career marred by injuries and inconsistent playing time.  However, with any luck, both of those hurdles will be cleared during his stint in Detroit.

Anzalone is currently slated to start as the BUCK middle linebacker in the Lions’ 3-4 scheme.  In the first preseason game, Alex was spied wearing the green dot on his helmet as the designated headset communicator.  This appointment is a promising sign that the coaches will deploy Anzalone universally.  Thus his contributions will not be package nor scheme dependent.  Volume is king for IDP, and Anzalone looks to be in line for a great deal of it.

But how does Anzalone fit the need?  As mentioned earlier, Detroit’s defense was a middling coverage unit, surrendering the 15th most points against tight ends in 2020.  Anzalone, on the other hand, happens to excel in coverage.  And, opposing offenses seem to have taken notice of this trait.  Last season, among all NFL linebackers, Anzalone was targeted second fewest at 9.5% according to PFF.

In terms of tackles, Anzalone has a career combined tackle rate of 0.101 per defensive snap.  Conservatively estimating that Anzalone plays 70% of the available snaps in 2021, that puts him in line for a projection of 83 combined tackles.  In 2020, this mark would have placed Anzalone in fine company among linebackers like Anthony Walker (92),  K.J. Wright (86), and Cory Littleton (82).

Certainly Anzalone is not without warts (career injury concerns, Barnes angling for his job, etc.), but for the minimal cost (he’s essentially free), he may prove to be a very useful piece to round out the depth of your linebacker corps.

Defensive back Jordan Fuller paid huge dividends on the Rams meager 6th round investment in 2020. The talented rookie started in 12 games amassing 707 defensive snaps.  With the departure of free agent John Johnson, the youthful trio of Fuller, Terrell Burgess, and Taylor Rapp have all been vying for playing time in this training camp.  However, sporting the green dot as a safety, it is clear that the coaches feel confident in Fuller repeating his high snap load in 2021.

Fuller has consistently appeared with the first team defense and, as a second year player, has even embraced a leadership role.

I project Fuller to log 900+ snaps for the Rams defense in 2021.  At his 2020 levels of productivity, that would put him in line for a floor of about 85 combined tackles.  If you compare this to the output of 2020, Fuller would be in the range of more established safeties like Harrison Smith (89), Adrian Amos (83), and Minkah Fitzpatrick (79).

While Fuller may not be a secret to savvy IDP owners, I would argue that he lacks the name recognition of more established options at the position.  This translates to a nice buy window on a player that is likely on the verge of a major breakout in 2021.  Buy now before Fuller explodes onto the mainstream IDP landscape.

With the unexpected departure of Joe Schobert from the Jaguars’ defense, Damien Wilson became a clear benefactor.  Prior to the trade, the word out of Jacksonville was that Wilson had made quite an impression on the new staff.  Now, with a path cleared on the depth chart, Wilson has been donning the green dot, signaling a potentially significant role in the defense.

Wilson has led a bit of a journeyman existence during his 6 year NFL career.  This season will mark his debut with the Jags, but in previous stops with Dallas and Kansas City he eclipsed a 49% snap share only one time (with the Chiefs in 2019).

Originally drafted by the Cowboys in the 4th round of the 2015 draft, Wilson was marginalized as a role player.  The highpoint of Damien’s pro career came in 2019 when he logged 709 defensive snaps (by far the most of his career to date) en route to a Chiefs’ championship.

In the absence of significant competition, I expect Wilson to log at least 65% of the snaps for the Jags.  That puts him in line for over 700 snaps for only the second time in his career.  When Wilson last saw this workload he collected 81 combined tackles, 3 tackles for a loss, and 1.5 sacks.  I feel these numbers are a reasonable benchmark for this season, and thus I would recommend him as comparable value to the aforementioned Alex Anzalone.  In fact, given the barren depth chart in Jacksonville, Wilson may pose a slightly greater value based on job security.

Late summer additions like Anzalone, Fuller, and Wilson are not flashy but they give your dynasty roster the depth needed to survive the rigors of a long season.  Leagues are not won by those with the best draft or the prettiest May roster.  Rather, championships come to those with a dogged determination to consistently mine budding talent from the waiver wire.  Hopefully these three players can help give you a leg up on that competition and set you on the right path for success in 2021, and beyond.  Good luck and thanks for reading!

I thoroughly enjoyed bringing you this piece, and would love to continue the conversation on IDP waiver adds.  Please feel free to comment below or contact me @Spydes78 on Twitter.  And also, stay tuned to @DynastyNerds for a steady pipeline of content from our eminently qualified staff to carry you through your offseason.  Enjoy the grind!