As Bowl Season Gets Underway We Need To Mark Out Some Players To Scout For The Upcoming Draft. From The TE Group There Is No Better Player Than Harrison Bryant. @reflipewthenuz Is Here To Break Him Down For You. Do Yourself A Favor And Check Out The 2019 Mackey Award Winner. 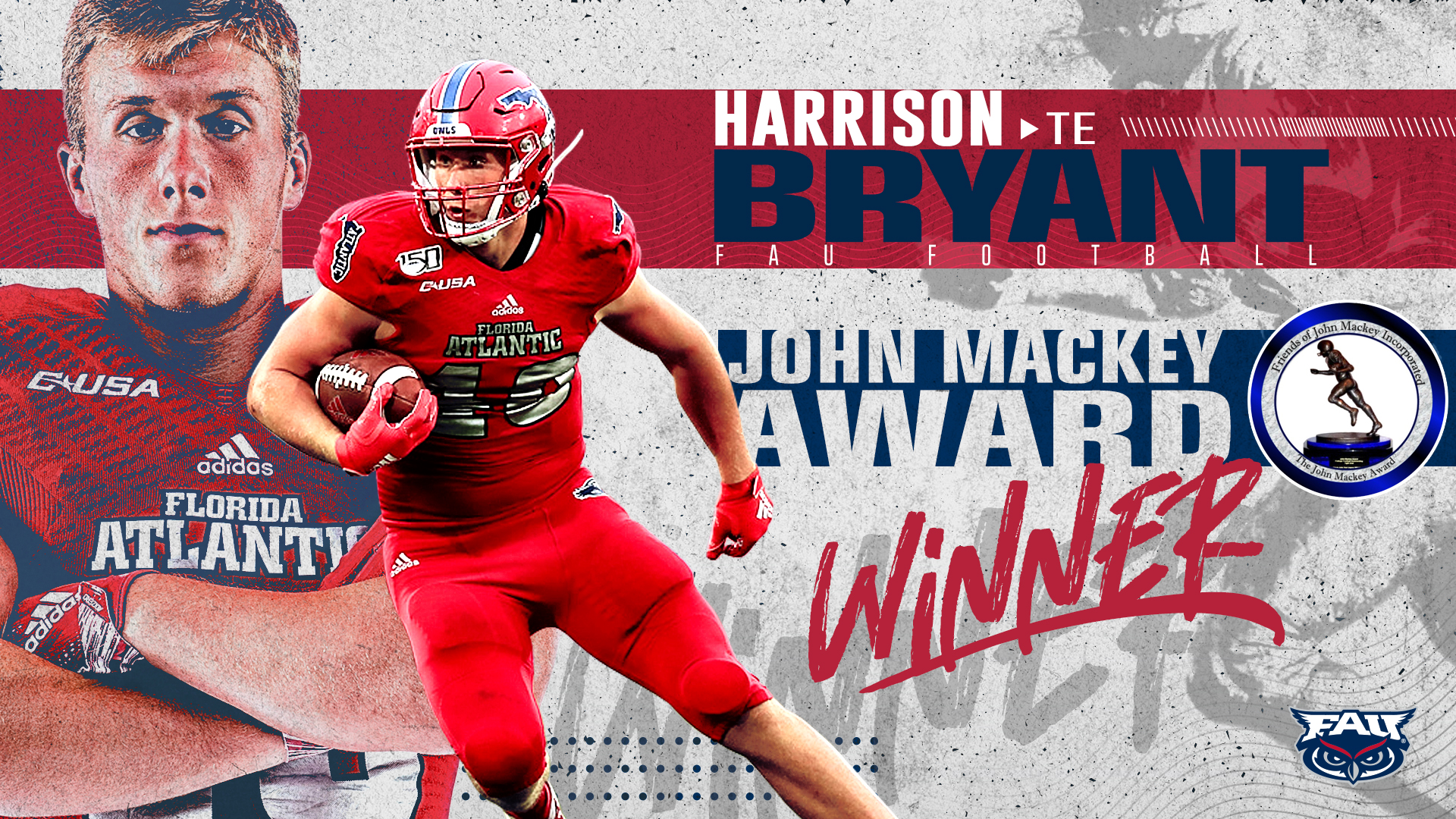 The John Mackey Award is one of the most prestigious awards in all of college football. It is given annually to the top TE in the nation as voted by a panel of sports reporters, former players, and others. Unlike some of the other awards that are given out annually, the Mackey award has been a pretty useful indicator of future dynasty relevance. The hit rate for former award winners becoming relevant dynasty players is quite high. You can see the list of former winners below.

As you can clearly see, several of the previous winners are viable dynasty TEs. When the committee selects a player they tend to look at their overall game and not just the raw numbers they put up. When it comes to the 2019 Mackey winner he was not only a playmaker but the top weapon on his team. Lane Kiffin used him as the driving force in a passing game that helped win C-USA.  Without further ado, let us take a look at this dynamic player.

Bryant came to FAU via the John Millage Academy in Georgia. During his time in High School Bryant displayed amazing fluidity excelling at multiple positions. Of note for us in the dynasty community, he was named All-State as an Offensive Tackle his junior year, before switching and being named an All-State TE in his final season. If nothing else, this was an early indicator of his willingness to mix it up in the blocking game as well as serve as a weapon in the passing game. During that last season at John Millage, the young player blossomed into a red-zone weapon catching over 10 TDs. You can see his High School highlight film below.

Despite excelling as both an OT and TE Harrison Bryant was lightly recruited out of High School. The majority of his scholarship opportunities came from FCS schools such as William & Mary and Samford. Eventually, the offer came in from FBS Florida Atlantic and the young player lept at the opportunity to play in Conference USA.

Bryant immediately made his presence known at FAU. He forced his way onto the field in his Freshman season eventually earning a place on the Conference USA All-Freshman team. Going into his 2nd season the Owls hired Head Coach Lane Kiffin which helped accelerate his game. Bryant continued his progression as a player each year thereafter. In his sophomore season, he earned 2nd Team C-USA. During his Junior campaign, he worked his way to the top of his conference by earning 1st Team C-USA. Then following a historic Senior year he was again named 1st Team C-USA, 1st Team All-American, and finally the Mackey Award winner as the top TE in all of college football. You can see from his stats below that he steadily improved from an offensive output standpoint each and every week.

When examining Harrison Bryant’s game there is a lot to like from a fantasy perspective. For starters, Bryant makes excellent use of his 6’5 height and long wingspan to provide his QB with a big target. He uses his athleticism to excel out of the slot. Few linebackers are able to keep up with his straight-line speed. He displays soft hands and will bring the experience of being the number one target in his passing game. During his senior season, he displayed all the skills he had to offer in spades. You can see his highlight film below.

Despite all the obvious talent and upside he possesses, Bryant still has some work to do. Although a willing blocker, he will need to work on his strength and technique to play an in-line role for NFL teams. While he will ideally work out of the slot at the next level, if he is unable to work on his blocking his time on the field will be limited much like Mike Gesicki has been limited early in his career. I have seen him compared to multiple players from Nick O’Leary to Gavin Escobar. For my part, I see some Greg Olsen to his game. A player who will need to make his way early as a pure receiving threat before hopefully developing into an all-around TE.

Bryant certainly has the potential to develop into a valuable dynasty asset. If he puts it all together in the right situation at the next level there is no telling just how good he can be. He has succeeded at every level he has competed at thus far. His college coach recognized his skill and schemed ways to get the ball in his hands. That same coach has NFL experience and no doubt imparted some of the knowledge he has gained through years of trials and tribulations. Bryant says that he tries to model his game on George Kittle whom he greatly respects. There are few better to currently attempt to emulate. As dynasty scouts, we will get two more opportunities to scout this intriguing prospect. The first will be in the Boca Raton Bowl on December 21st against SMU. The Final chance we will get to scout him will be in the Senior Bowl on January 25. Do yourself a favor and check this kid out, I promise you won’t regret it.