Analytics experts hate him, film experts love him. @dynasty_god breaks down the most controversial player in the draft, Henry Ruggs III. 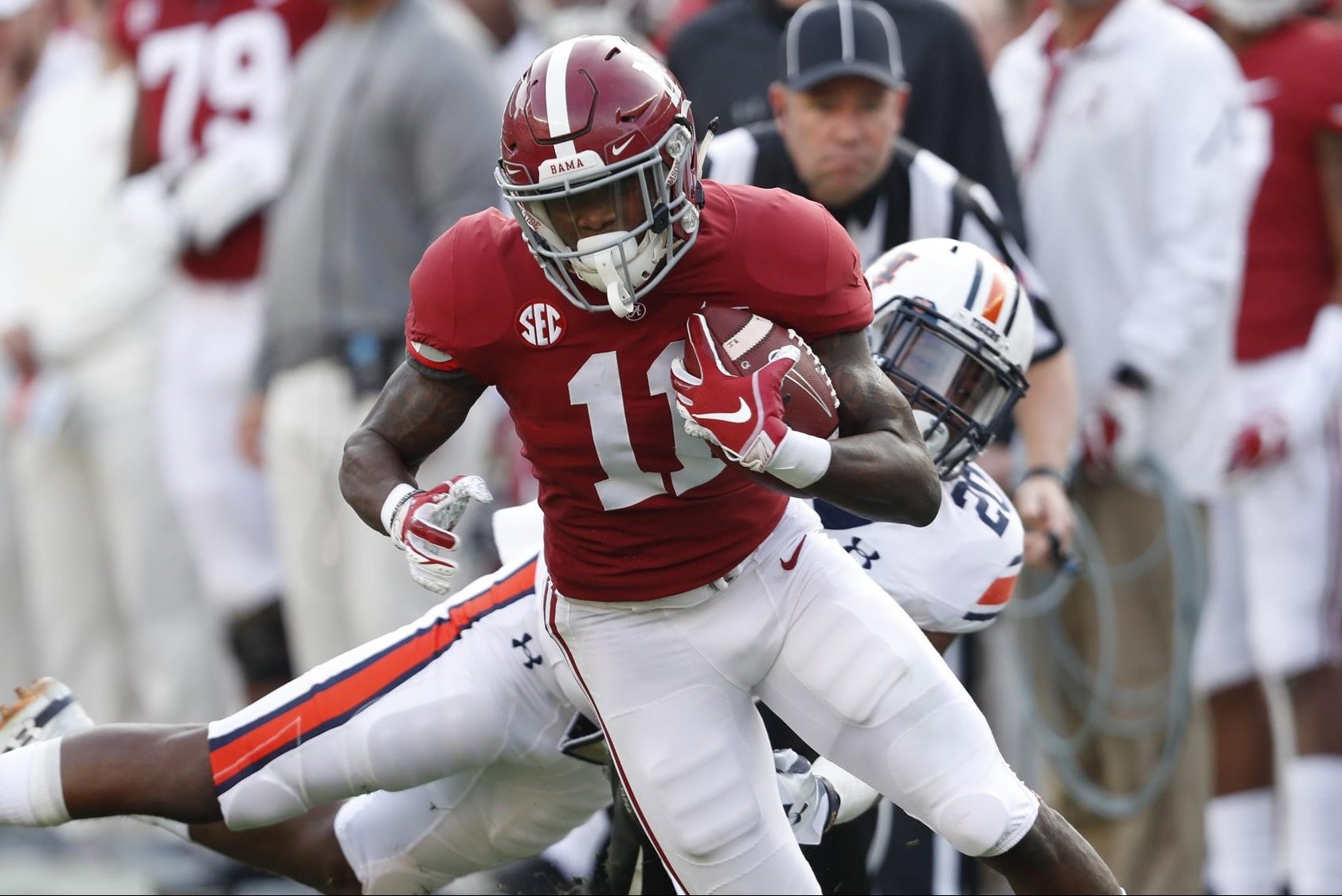 Why should any team use a first-round draft pick on a player that has no breakout age, and has never been his team’s wide receiver 1 in college? Of course, Henry Ruggs III is no ordinary wide receiver. This guy will enter the NFL as one of, if not the best athlete in the league. Henry Ruggs became a starter for Alabama as a Sophomore but has never been their lead receiver. But after stepping into the starting role Ruggs made an immediate impact as a playmaker, scoring 11 touchdowns as a sophomore then posting 8 more as a junior.

Playing on an Alabama team loaded with offensive weapons such as Jerry Jeudy, Devonte Smith, Najee Harris, and Jaylen Waddle it is easy to see why Ruggs wasn’t at the top of the nation in yards and receptions. The passing attack led by Tua Tagovailoa distributed the ball to all of his weapons. Still, the nonexistent breakout age is impossible to ignore. With this in mind, it is easy to see why Henry Ruggs III is the most controversial player in the draft class.

To give you an idea of just how fast Ruggs is let’s take a look at his touchdown against South Carolina this past season. At his peak speed, Ruggs was traveling at 24.3 mph. Since NextGen stats have become available, the fastest in-game speed ever tracked in the NFL was 23.2 mph by Tyreek Hill three years ago. Given that, Henry Ruggs’ III speed is not elite, it is second to none.

Ruggs is known as a speedster, however, that is not all that he can do. His ability to contort his body while going full speed and in mid-air is elite. Ruggs is able to do this with ease while maintaining his concentration to make the tough catches. Although he is not going to win every jump ball, he has good enough hands to make contested catches, is incredible tracking the ball downfield, and does not lose concentration when he knows that he is going to take a big hit.

Since Henry Ruggs III is simply an athlete, he can line up on the outside at X receiver, in the slot, or the backfield. His versatility as an offensive threat will allow Ruggs to get the ball in his hands in many different ways, but he is also a surprisingly physical blocker. Although Ruggs is not yet able to run a full route tree, he possesses a quickness on short slot routes that will carry over to the NFL. Also, his versatility will make him an option in the return game.

Release Against the Press

The biggest concern that continued to pop out watching Henry Ruggs III film, was his inability to disengage with defensive backs once they got their hands on him. Due to his speed and explosive release, Ruggs is usually given a large cushion in man coverage. However, when defensive backs do press him, he is taken out of the play completely more often than not. Ruggs will need to work on this and improve this at the next level if he wants to become a WR1.

Surprisingly, out of all of the top 24 wide receivers of this past season, there was only one who did not have a breakout age coming into the NFL. Who was it? Tyreek Hill, a college running back. The importance of an early breakout age for any wide receiver prospect cannot be stressed enough. So when a receiver simply has not broken out, this is a huge red flag.

Henry Ruggs III is a playmaker, therefore, will make an immediate impact as a big-play receiver. Ruggs will always be able to fall back on his athleticism and playmaking ability leaving him with a fairly high floor. But, does Ruggs have the potential to be a WR1?

The answer to that is yes, only if he shows improvement getting off of physical corners and getting back onto his routes, then Ruggs could take over a top pass-catching role. Do I believe that Ruggs will become a WR1? Unfortunately, I do not. Above all, the lack of breakout age greatly decreases the odds of Ruggs becoming a top wide receiver, no matter how athletic he is. Since we have never seen Ruggs take on a large workload, it is hard to envision him becoming a 6-8 reception per game player. Due to Henry Ruggs III being a roll of the dice in rookie drafts, but having a fairly high floor, this makes him my wide receiver 5 in this draft class.