Diontae Johnson has been a hot topic lately. @DynastyJon delves into why you shouldn’t ignore the hype!! 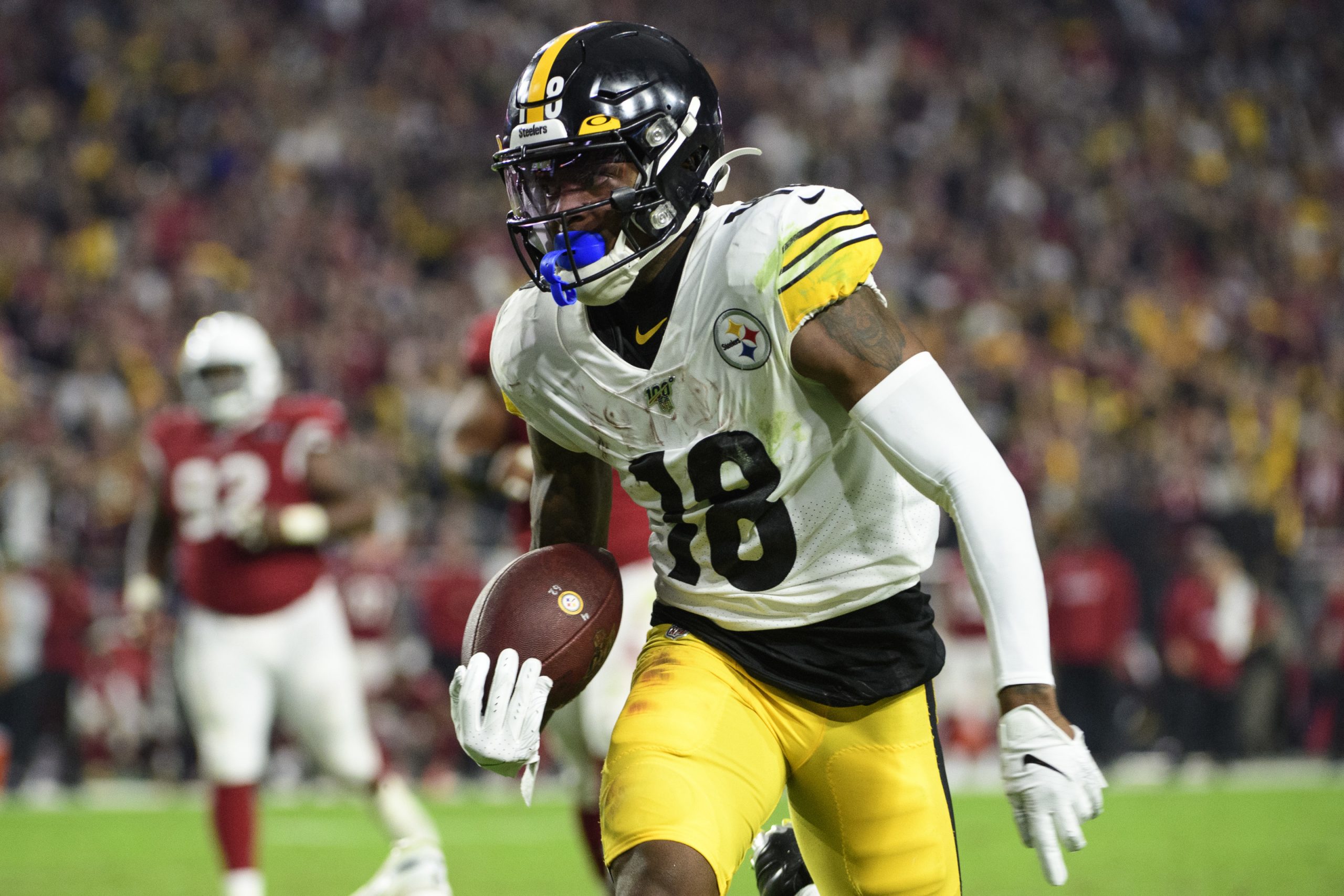 If you’re paying attention, you would have undoubtedly noticed the latest hype surrounding Diontae Johnson. In February, you would have found Diontae ranked around 170 in most rankings, but he now finds himself as a top-100 talent. Some start-ups will even see him go much higher.

In the 2019 pre-draft process, there weren’t many analysts that were high on the Toledo product. So, it was a surprise when the Steelers selected Johnson in the third round. Still, there was an element of intrigue due to the Steelers’ prolific history of developing WRs. There was an element of concern as Juju locked down a WR1 role, and James Washington had been selected in the 2nd round just a year before.

Post-draft, he was described as Antonio-Brown-lite. After his rookie season, it would appear it’s not so “lite.” With Juju and JWash still on the roster, Diontae managed to produce with Mason Rudolph and Devlin Hodges at QB. Diontae led the Steelers in targets (92), receptions (59), and receiving TDs (5) as a rookie. He looked good doing it too, with superb route running, making him an excellent short to intermediate option.

According to PFF, Johnson averaged 5.4 yards after the catch, ranking 65th out of 155 WRs. He also displayed his illusiveness during punt returns after leading the league in yards per punt return.

After such an impressive rookie season, owners are excited for another leap in year two. Additionally, with Juju’s impending free agency on the horizon, there’s an expectation that a greater opportunity may arise.

In 2019, Diontae was a part-time player for most of the season, while the Steelers ranked 31st in points per drive and 30th in yards per drive. Despite those factors, he was a borderline WR3. It’s not out of the realm of possibility to see a WR2 season with a greater snap share and improved offensive efficiency now that Big Ben is back.

One area where Diontae struggled was physicality with larger cornerbacks. Listed at 183-pounds, he was beaten up by bigger corners and failed to disengage. It sounds like he’s addressing this concern by bulking up to 192 pounds during the off-season.

Although James Washington is a solid deep threat, you can’t watch the tape and tell me that his route running and natural receiving instincts are better than Johnson. With Juju potentially out of the picture, the WR1 role is wide open. I expect Chase Claypool to develop into an option, but it’s undeniable that Diontae shattered expectations in year one. His trajectory is rising, and you’re missing out on a future star if you choose to ignore it.

Making the Leap: The case for Courtland Sutton as a WR1 in 2020
Dynasty Impact: Cam Newton Joins Patriots