The Houston Texans wide receiver position is questionable this year. With uncertainty at the quarterback position, @ZKantzFF discusses what you can expect. 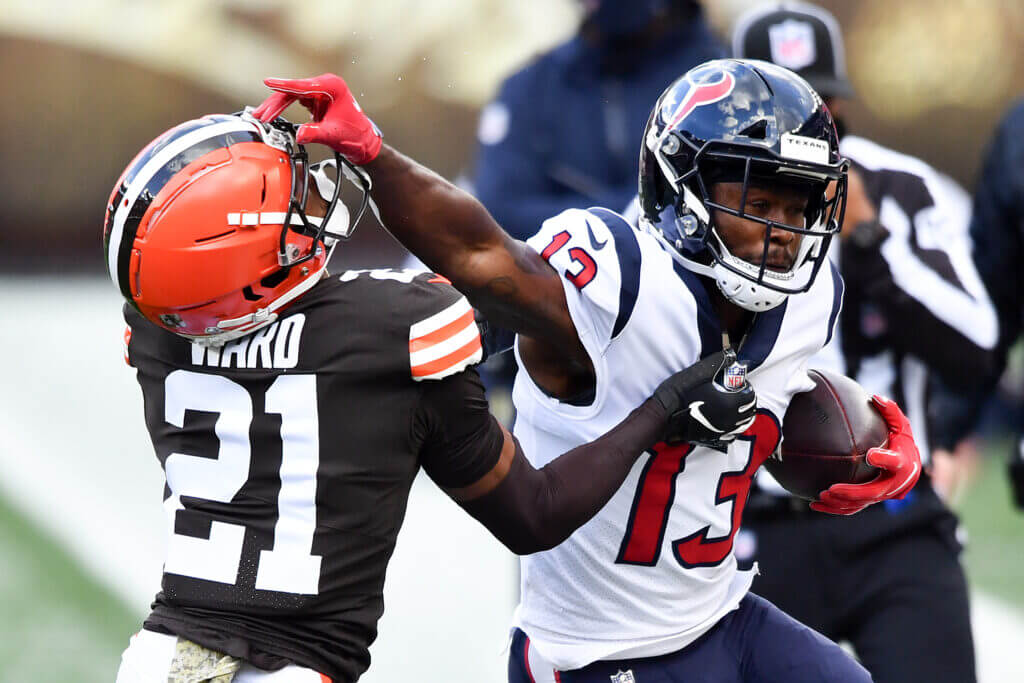 As it stands, the Houston Texans are a team in turmoil. From the poor organizational decisions to the legal issues surrounding Deshaun Watson, it’s a forgone conclusion that their 2021 season is anything but a wrap. Even before Watson’s allegations, he threatened to hold out for the year if he wasn’t traded first. And before that, there was the unforgivable trade of Deandre Hopkins to the Arizona Cardinals for David Johnson. To all you Texans fans out there that are brave enough to watch any games this year, I salute you.

However, as fantasy football enthusiasts, it is our job, nay, our duty, nay, our life’s calling, to seek fantasy value wherever we can! To look under every couch cushion, scroll the waiver wire tirelessly, and peer into every deep dark crevasse where others dare not wander. That darkness this year, is without a doubt, the Houston Texans offense.

A QB DEPTH CHART IN SHAMBLES

The success of the Texans’ WRs is entirely dependent on who starts at quarterback this year. With Watson’s availability looking doubtful, the Texans signed Tyrod Taylor and drafted Davis Mills out of Stanford in the third round. Oh, yea. Ryan Finley is there too. Cool.

Taylor and Mills are massive drops off at the position when measured against a player like Watson. Taylor served as the starter for the Buffalo Bills from 2015-to-2017. In those three years, he only produced one 1,000-yard WR, Sammy Watkins, in 2015. That year Watkins had 60 receptions on 96 targets, 1,047 yards, and nine TDs. Ironically, it was his only 1,000-yard season.

The next highest scoring wide receiver to play with Taylor was Robert Woods in 2016. He dropped an Earth-shaking 613 yards and one TD on 51 receptions. I know, right? This year is going to be so much fun.

Davis Mills is a prospect with promise. Many think that if given adequate time, he may develop into a capable starting quarterback. Unfortunately for him, he likely won’t be afforded that time. The smart money has him taking the starting reigns sooner than later in Houston.

It’s not a great scenario with him under center either. He started a total of 13 games for Stanford. In eight of those 13 games, he threw for multiple TD’s just four times. What’s more, in three of those four games, he had to throw it at least 45 times to get multiple TDs. In Watson’s four years with the Texans, he only threw it more than 45 times once. Three times if you count post-season games. I’m not saying that he must throw it exactly 45 times to have at least two TDs per game. But that kind of volume for at least two TDs is a bit concerning.

NOT SO FAST WITH BRANDIN COOKS

The one thing that the Texans have going for them is their wide receiver corps. Brandin Cooks is the obvious option to pivot to for fantasy value. Historically in half-PPR leagues, through weeks 1-16, Cooks usually finishes anywhere between a WR1 and WR2:

What is worth mentioning is that this may be the first year that he will not be playing with a consensus top-12 QB. He has spent his career catching passes from Drew Brees, Tom Brady, Jared Goff, and Deshaun Watson. Taking this into consideration, it’s fair to wonder if he can actually be fantasy-relevant this year.

This is the type of risk that we must consider when deciding where to draft Cooks. His current ADP is 8.01, which seems appropriate given the other players going in that range. While his 2021 outlook may not be all sunshine and roses, he is still just 27 years old and makes for an excellent buy-low candidate in Dynasty.

The only notable WR’s after Brandin Cooks is Keke Coutee and rookie Nico Collins. Coutee is a fan favorite of many, including myself but has had trouble staying healthy. When he’s on the field, he is productive and can return solid WR2 value with WR1 upside at times. He played 67.8 percent of his snaps from the slot last year and should continue to do so in 2021.

When compared to Coutee, though, Collins is a different breed of wide receiver. The Texans traded their 2021 fourth and fifth rounds picks and a 2022 fourth-round pick to move up into the third round to draft him. He is the most physically dominant receiver on that team and has a real shot to start in two WR sets. In the three years Collins spent at Michigan, he only had one game with over 100 receiving yards and finished 19th overall in school history with 13 total TDs. He’ll specialize as the middle of the field receiver against bracket coverage.

I do not see him posting significant yardage in his first year, though. This wouldn’t be any fault of his own. It would simply be a result of poor quarterback play. If we knew Watson would be starting to open the year, I would be much more bullish on Collins. For now, he is primarily a stash in Dynasty leagues.

If I had to find the silver lining for the Texans wide receivers, it would be game script. The Texans’ defense is brutal. They were ninth overall in 2020 in passing yards allowed and first in rushing yards allowed. They were nearly non-existent. I see players out on the field, but they have literally no effect on the opposing offense. Even Cam Newton, last year, dropped 365 yards and one TD on them. He had his highest yards per attempt against them with 9.13. That’s .11 more than any other game he played that year. Whoever is at quarterback is going to have to throw, throw, and throw some more.

In redraft leagues for 2021, I am generally avoiding these wide receivers. Suppose Watson does play, then I will be back in on them. These players are better dynasty buys than redraft.