How I went wrong on these 5 prospects

Getting better and learning are 2 keys to Dynasty. @OmalTheAlleyCat details the lessons learned from these 5 mistakes in evaluations. 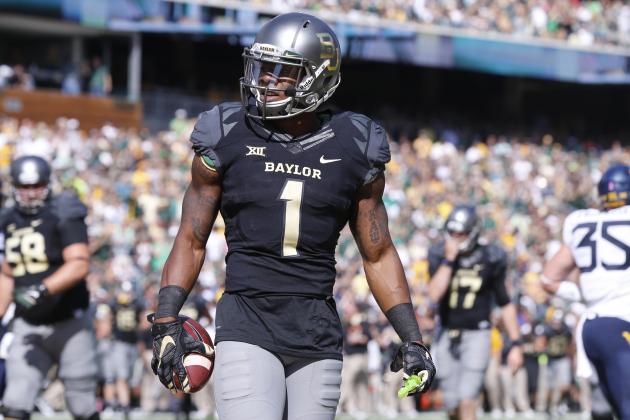 “The past is the past, the future’s now.” Great words in an otherwise meaningless rant lost on ears that didn’t understand the language. The great Christopher Walken said this line in “The Rundown.” If I didn’t know any better, the man with the best accent of all time is talking about moving on. The past could suck, and looking in the rearview is pointless unless we take the lessons from those bumps in the road. I will lay out five prospects I was wrong about. Then I give you the lessons I’ve learned through the mistakes I’ve made over the years in dynasty football.

The 2015 Notre Dame offense led by Deshon Kizer (we’ll get to him later) and electric outside receiver Will Fuller V was something to behold. Maybe nothing was more entertaining to see than CJ Prosise constantly finding the hole and taking it to the house. That season Prosise would post 1029 rushing yards, 11 touchdowns on 157 rushing attempts. (Stats courtesy of sports-reference.com) Little did I know how good ND’s offensive line was at the time. Quenton Nelson, Nick Martin, Mike McGlinchey, and Ronnie Staley are all starting in the NFL and are all very integral to their team’s O-Line’s. Thinking back on it now, it would have been much smarter to consider that the offensive line was the true strength of that team, and naturally, the running game wouldn’t be too shabby.

Injuries plagued Prosise’s NFL career, and he never had more than one great game in the league. Bias played a big part in never letting go of the thought of C.J. being an elite talent in my eyes. Even recall doing a startup dynasty league in Prosise’s 2nd year in the league when I was planning on getting C.J. anywhere I can. He would go in the 8th round, and boy, was I irrationally ticked off. I thought it was all good cause I would get my boy Corey Coleman though. When will I learn to quit re-stepping in the same dog poop?

One year removed from possibly the best WR class in the modern era, Corey Coleman, by all accounts, was the hype coming out of Baylor. He and Bryce Petty, a horror story for another time, lit the college world on fire. In his sophomore campaign, he would total 1,119 yards on 64 receptions and had 11 Touchdowns. In his junior year, he tops those numbers with 1363 yards on 74 receptions and 20 touchdowns. Those numbers are still insane to me, but it wasn’t just the stats. Coming off the 2015 NFL wide receiver draft class, I was convinced that there would be the next Odell around the corner. Corey Coleman became an idea. I loved his film. I loved his stats. None of that covers up the fact I wanted him to be a locked-in Pro Bowler all because it was recoil hindsight analysis from the previous season.

When he entered the league, Corey showed serious signs of potential. This would get halted short of his rookie season when he would break his hand. The Browns were an absolute joke, but Coleman appeared to be one of the lone bright spots. His sophomore season was famously remembered for one play that would cost the Browns what could have been their only win. Corey Coleman dropped a gimme for people with his resume and talents. The league gave up on Corey that day, but not your boy.

One of my qualities as a human being in the real world is my loyalty. Loyalty will get you nowhere fast in fantasy football and will burn your dynasty title dreams to the ground if you stand by someone for too long. To this day, I feel a chill in the air when someone mentions the Baylor great in serious fantasy discussions. “I don’t want to talk about it” is my go-to quote when I hear his name even mentioned.

How did I think Deshone Kizer had it? The NFL chews ’em up and spits them out quicker than a piece of Zebra Stripe gum if you don’t possess otherworldly talent. Deshon thrived for the same reason Prosise did, an NFL-caliber offensive line, but just as important, having Will Fuller V. Fuller’s Notre Dame highlight reel that season is repetitive. Deep bomb, Fuller in stride, easy chest catch, and rarely do you see him use his hands away from the body.

Something should have clicked that every QB in that system for years was looking very solid. When Everett Golson, Tommy Rees, and Malik Zaire had their moments, maybe a light should have gone off in my head. But nooooo. I was sucked in by the gold helmets and my lifelong fandom of the Notre Dame Fighting Irish. I almost never stood a chance. Bias was undoubtedly part of it, but the NFL Wide Receiver can make any college quarterback just that much better at that level. Think how Mike Evans may have propelled Johnny Manziel’s value just a smidge. Regardless the Kizer burn I would suffer would ultimately lead me to doubt actual NFL talent coming into South Bend and ultimately have me looking foolish for big misses.

When you overthink all the signs of an awesome talent all because of your personal bias, you know you have officially fried your brain like a poached egg. I should have seen Chase Claypool was drafted by Pittsburgh and knew that was enough. Death, Taxes, and Pittsburgh drafting a good WR in rounds two or three. If James Washington is the floor and Diontae Johnson is the ceiling, there should be zero fear of ever spending a second-round rookie pick on the new Pittsburgh WR any given year.

It does not help that Mapletron had already proven he is anything but a bust. Measurables like his and DK Metcalf will likely not be overlooked anytime soon with their successes in the league. More so, don’t let your personal bias get in the way of evaluating someone’s fantasy stock. You are doing nobody but yourself a major disservice just being that cut and dry when it comes to who we give a chance on our teams. Points are points. If the assets on our roster get those precious points, then we shouldn’t be overthinking where they came from.

A big body receiver, without separation, is something that will forever give me caution for any non-tight. JJ Arcega-Whiteside would total 1059 yards, 63 receptions, and 14 touchdowns in his senior year at Stanford(stats courtesy of sports-reference.com). Naively my assumption was, “How can this go wrong?” Through his first two seasons in the NFL, he has a grand total of two touchdowns, and one of those came off a fumble recovery. Zero separation is a recipe for failure in the receiving game.

My only consolation with JJAW is I only had to burn a late second or early third rookie pick to get him. This is when misses start to come left and right, and truly only the diamonds in the rough are going to be the only picks bragged about from that point of our rookie drafts. Nonetheless, it breaks my heart to look back on my rankings and see he was a single spot behind Terry McLaurin. Scary Terry is an absolute rock star and one of the best receivers in the league. These two should not be mentioned in the same breath. Unless you are pointing out, the Eagles selected JJ Arcega-Whiteside before DK Metcalf and Terry McLaurin. It’s just lighting rookie picks on fire to watch them burn if you lean on these contested, jump ball specialists.

Take yesterday and apply it to today

If you’re not learning, then you are never getting better. Nobody likes being wrong. That doesn’t mean that you shouldn’t learn why they were wrong. Dynasty is a beautiful game. You can watch your roster grow from a few good assets and a weak bench to a few moves later, having a squad with some rock stars and a bench that could beat some of the other teams. The NFL Draft will give some serious value bumps for players not even on the radar at the moment.