How to Fill Your Dynasty Roster with Cheap, High-Upside RBs 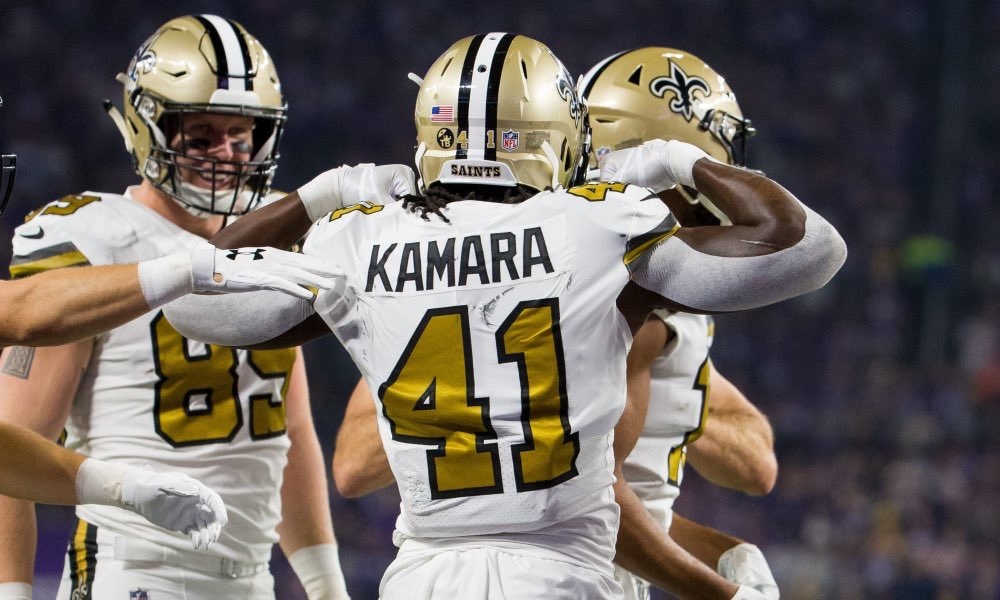 Upside at the running back position is something that every dynasty player covets, yet often is unable to obtain. Most owners are more than happy to trade away a boatload of future picks in order to get their hands on this rare upside because they have no choice; that’s the cost of acquiring a potential RB1 in dynasty. But what if I told you it wasn’t?

In order to maximize RB upside on your dynasty roster in the cheapest way possible, there are two categories of players that must be targeted via trade or through the rookie draft.

If an NFL front office drafts a backup running back in round two or three of the draft, this typically implies that there is already a stud RB on the roster that is cemented in a workhorse role. While many dynasty owners are disappointed when their favorite rookie running back lands on a team with an entrenched starter, I see this as a screaming buy opportunity. Think about it for a moment. Why would an NFL team spend high draft capital on a backup running back when they already have a bona fide number one option?

Let’s take a look at the projected backup running backs that were selected on Day two of the 2019 NFL Draft: Darrell Henderson, Damien Harris, and Alexander Mattison. These RBs were drafted to play behind Todd Gurley, Sony Michel, and Dalvin Cook, respectively, and what do all these NFL studs have in common? They’re all utilized in featured roles, but they’ve each struggled with serious injuries as of late. If a running back is drafted early despite the fact that there’s already a surefire lead back on the roster, the team’s front office is basically telling the fantasy community that the incoming rookie will take over lead duties if/when the current starter goes down. When NFL teams talk, it’s always a good idea to listen.

Let’s cut to the chase: Instead of paying 1.01-plus in order to secure Dalvin Cook on your dynasty roster, go draft Alexander Mattison in the late second round of your rookie draft! Cook has started only 14 of 32 potential games throughout his NFL career, which is an average of seven games per season. Hypothetically, let’s say his health improves and he plays a total of 11 games in 2019. That still leaves five games for Mattison to step right into a featured role, which should lead to immediate high-end RB2 production. This same strategy applies to Darrell Henderson and Damien Harris, as both Gurley and Michel showed last season that they were incapable of fully overcoming the injury bug. Invest in these cheap backups with high draft capital, and reap the rewards when the starter inevitably misses time.

2. Backup running backs with a lot of money committed to them in free agency.

This theory involves the same exact premise as the one above, but this category of players can be obtained for an even cheaper price in dynasty leagues. The difficult part, however, is determining exactly how much money is “a lot of money”. Take Carlos Hyde for example. He was recently signed by the Kansas City Chiefs in free agency to a one-year, $2.8 million dollar contract. Hyde was brought in to back up Damien Williams, but a one-year contract with a fairly low yearly salary is not enough to convince me that he’ll see enough touches to put up solid production if Williams goes down with an injury.

On the other hand, let’s take a look at Latavius Murray. This offseason, he agreed to a deal with the New Orleans Saints to back up Alvin Kamara for four years, $14 million dollars. This is exactly the type of long term commitment I’m looking for when attempting to purchase a high-upside, recently-signed free agent in dynasty. Murray’s $14 million dollar salary is a vote of confidence from the New Orleans front office, basically stating that he will take over featured duties if Kamara suffers an injury at any point throughout the season. The current going rate of Murray in dynasty leagues is an early third round rookie pick; considering the potential upside if Kamara goes down, who wouldn’t pay this price to get him on their roster? He’d likely put up top 12 running back numbers as the lead ball carrier in that backfield, and you’d be acquiring his services for a late round rookie pick. That’s borderline theft! While the rest of the managers in your league are fighting for overpriced players that carry perceived upside, do yourself a favor and spend a fraction of the price on a player with legitimate elite upside.

Dynasty fantasy football can be a fickle game. More often than not, paying steep prices for possible upside will leave owners disappointed with the result, often crippling their team in the long run. As a result, owners must do everything they can to obtain as many running backs in the previously mentioned categories as possible. If you invest in a player like Mattison or Murray and they don’t end up panning out, you simply cut your losses and move on. The price required to attain them was minimal anyway, so your dynasty roster will certainly not be affected in a major way if they bust. However, if they tap into their upside and end up producing top 20 numbers for your dynasty team, you’ve hit the jackpot! Always begin shaping your roster with proven, productive RBs, but after the elite backs are off the board, don’t ever forget to sprinkle in some high-upside options. Teams in your league will wonder how you were able to accumulate such a loaded RB corps, and they’ll be even more confused when they find out you did it for a fraction of the price.

Down and Dynasty: Deep Stashes in the NFC West
Why Antonio Callaway might actually be the second best option in Cleveland