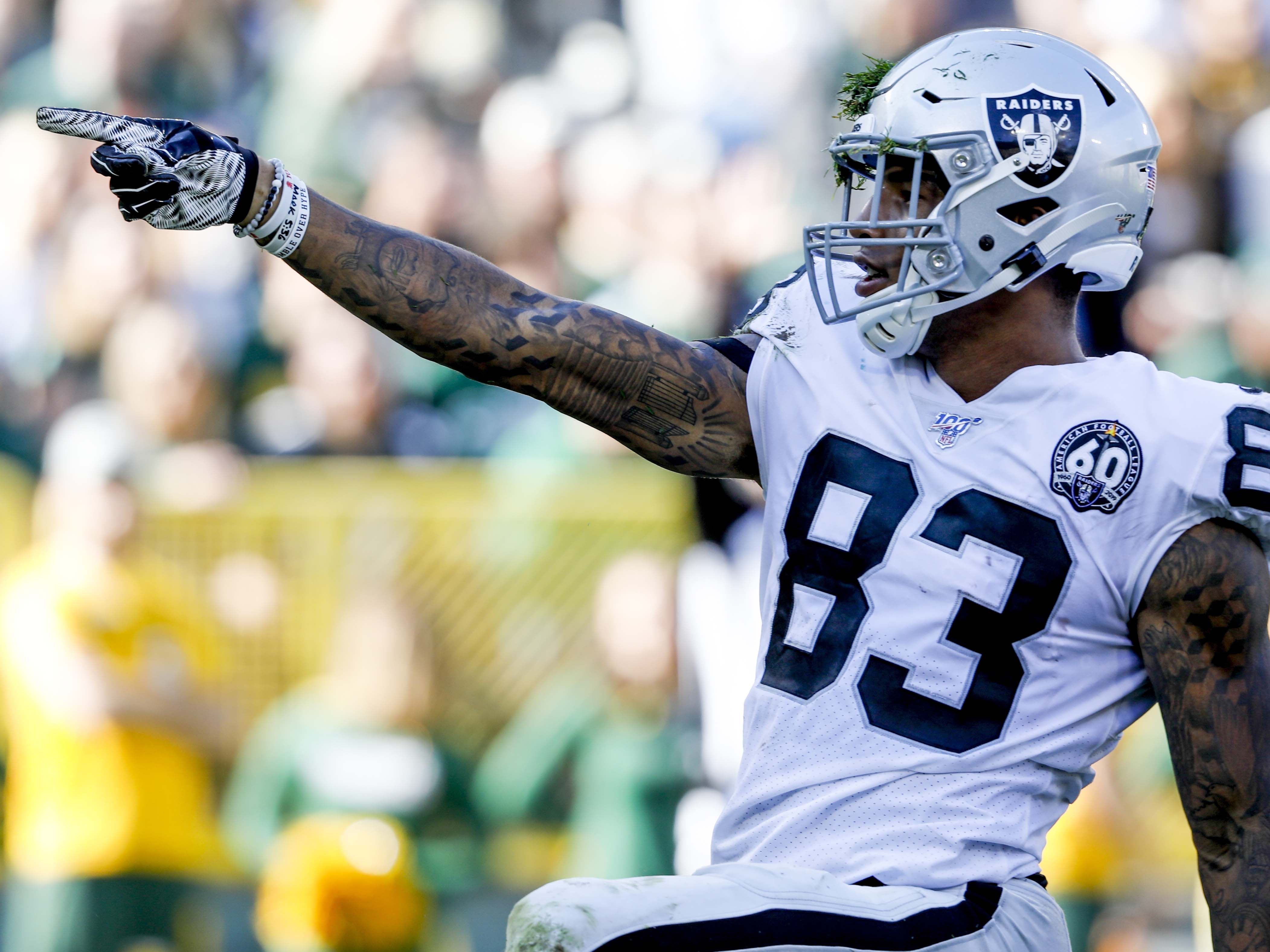 Sorry for the puns, but it looks like we have another locked and loaded TE1 for your dynasty teams.

If you don’t know the story about Darren Waller, let’s first talk about how he nearly wasn’t an amazing fantasy stud you found for free on waivers this summer.

Darren Waller has had issues with substance abuse. He was drafted in the sixth round in 2015 by the Baltimore Ravens as a raw developmental prospect, at 6’6” and 255 pounds before blowing his chances with the team. He’s put that behind him and today, he’s over 2 years sober. That alone is worth celebrating, as anyone following Josh Gordon’s saga can attest to. He struggled with marijuana, opiates and more, failing drug tests and suffering a yearlong suspension, nearly running himself out of the league. When he started to serve his suspension, Waller found himself in rehab – and it stuck. He devoted energy that year to getting sober, and was signed in the middle of 2018 by Jon Gruden’s new Oakland team as a backup to Jared Cook. He didn’t do much statistically, but the coaching staff loved him. Jared Cook walked in free agency to the Saints, other veteran options were signed (Derek Carrier) and young guys were drafted (Foster Moreau), muddying the depth chart. Those inside the organization though loved what they saw out of him and Waller, after showing he could gain control of his addiction, took control of Oakland’s starting Tight End position as well, and has been lighting the fantasy world on fire. Now, over halfway through 2019 and the main piece of the Raiders passing offense, he is handsomely paid to catch footballs by signing a three-year extension for about $9 Million a season. This ties him to the Raiders through 2023, and this is huge for your dynasty team.

You probably got Waller for free; and now you have a top 10 TE locked up on your roster. The TE position is generally easy (but scarce). First and foremost, the best TEs come out of TE friendly schemes:

– Kelce? Andy Reid in KC has been pretty friendly to the position.

– Ertz? Pederson (an Andy Reid disciple) features two of them.

– Kittle? He has more than doubled up the next closest receiving option in yards.

Next checkbox: how talented is Darren Waller? Well, it’s not like we saw this coming, but he’s stuffing the stat sheet and making highlights on SportsCenter. It doesn’t have to be harder than that; Waller is passing the eye test. Most people want to see a sexy prospect talent profile like OJ Howard, but these fantasy producing Tight Ends can come out of nowhere, especially if they have raw athletic tools. Waller is great at elevating and extending, getting his hands on the ball, and coming down with it. He’s caught 88% of the balls thrown his way: from Derek Carr. These aren’t your Jason Witten sit down at 5 yards in the soft part of the zone targets either. Waller is being targeted down the seam as well and getting a robust 9.7 yards/target – a great efficiency number for a TE. Unfortunately, the buy window has probably slammed shut. Between the contract and the positive touchdown regression (starting with a 2 TD game against the Packers – which could easily have been 4) his price is sky high.

However there aren’t many Tight End friendly schemes, and most of those situations are locked up. SF and Baltimore are set with Kittle and Andrews on rookie deals and likely to get extended as major pieces of their offenses. The Eagles already have their replacement for Ertz with Goedert. Now, Oakland just locked up Waller long term too. Perhaps an elite option emerges somewhere (good luck guessing); perhaps Ebron works out in Indianapolis, or you find the guy who does; perhaps KC lands a successor to Kelce and you do too. The TE position is huge advantage when you have an elite play, and while you won’t be finding a discount from the Waller owner, sometimes the right move is to buy high. You might be able to use his age (27) to land him from a non-contending team who is in a deep rebuild. Even with the 2020 class as talented as it is, I’d be OK giving up a first as a contender to make a move towards winning a championship, and you likely won’t be filling the hole of starting TE with that pick otherwise.

A few factors make Waller a risky play in my eyes.

First, age is a small factor. While it seems he’s just bursting onto the scene, he’s 27 years old. This is right in the range of peak performance for a Tight End, which fits for teams contending now with a 2-3 year window.

There is also the aforementioned substance risks. He has already served a yearlong suspension, and while it seems that the issues are now behind him, addiction is something that you carry with you. I hope we don’t see him run into more issues, and believe he’ll stay clean, but it’s a factor you might consider.

Possible due to his history, while the Raiders signed him through 2023, only his salary for this year is guaranteed money. Common figures factor in 2020 as well, but Over The Cap shows the true guaranteed dollars run out after this year.

Oakland can move on anytime without a future cap hit. One last thing to monitor: Foster Moreau is starting to see a lot more snaps. He’s a big factor in the red zone and getting TDs. I thought he was an underrated prospect out of LSU, and think he can be a good complete player at the position, while Waller is more the receiving specialist. Jon Gruden has gushed about Waller though since he landed in California and considers him “the best tight end in football.” I’d say Waller is a safe investment as long as he continues to put his demons behind him and Gruden is running the show. But watch the vital signs around his situation to see if he’s losing his opportunity (like the Ertz-Goedert situation in Philidephia) as Oakland can pivot at the position if the organization decides to find value in other guys.