The fantasy season is around the corner so checkout the latest dynasty strategy article on players to buy, hold, & flip by @ChiefSosaFF! 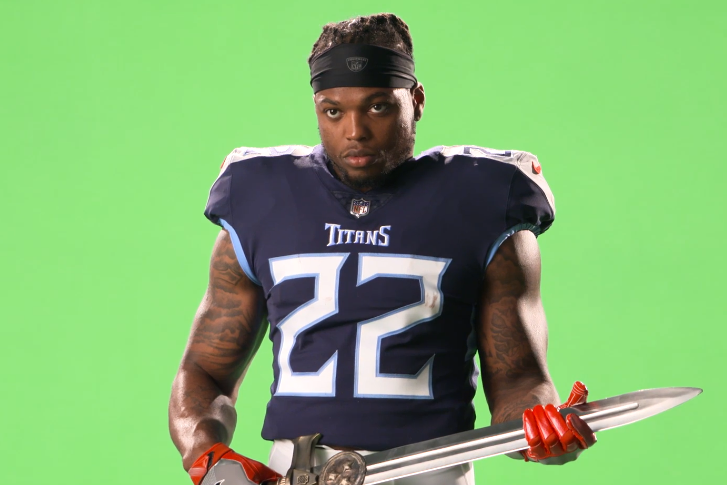 Training camps are underway for the 2020 season, so let’s talk about trade scenarios before injuries and more opt-outs occur.

I want to introduce you to my philosophy when it comes to buying, holding, and flipping players in Dynasty football.

First, I will never advise you to buy elite players such as Christian McCaffrey or Michael Thomas. Simply put, this will require you to break down your roster and by doing so you are cutting into your player depth or draft capital, which you should avoid.

You are better off trying to land the next CMC or MT in a rookie draft.

Instead, I am only an advocate for acquiring players when it comes at a reasonable price. This means their current value should be considered reasonably low.

Here is what I look for in a Dynasty buy: Upside + Volume / Opportunity = Steal* (Steal* = Potential Bargain Fantasy Player).

Yes, this formula is completely made up. However, the key components to note are upside, opportunity (targets/attempts), volume (actual touches), & identifying a player who has a clear path to starting for their team.

Darius Slayton is a sophomore Wide Receiver breakout candidate going into his second season with the New York Giants.

In his rookie season Slayton finished with 8 total touchdowns while only playing in 14 games. Slayton found the endzone 8 times last season putting him among the ranks of A.J. Brown, DJ Chark, Tyler Lockett, Amari Cooper, & Mike Evans who also had 8 touchdowns at the Receiver position in 2019.

You should note 6 out of Slayton’s 8 touchdowns were on big plays down the field resulting in receptions of 20 yards or more. Slayton’s biggest touchdown catch was a 55 yarder which allowed him to achieve a total average of 28 yards per touchdown reception.

Some additional efficiency stats for Slayton include ranking #19 in average target distance at 14.1 yards and ranking #20 in yards per reception at 15.4 yards.

Here is a closer look at Slayton’s player profile:

These are promising numbers for a big play wide receiver that also has 4.39 speed in the 40-yard dash.

Darius Slayton has what it takes to be the future #1 Wide Receiver for the New York Giants. I emphasis future #1 because Golden Tate & Sterling Shepherd are locked in with the Giants until the 2022 & 2023 seasons. Slayton remains a solid buy for me in Dynasty especially at his current price point.

To put you in the neighborhood here are some 1 for 1 trade scenarios I would offer for Darius Slayton:

My approach to holding a player is simple. Identify a player who is going into their second contract following a rookie deal. Typically this is a young veteran who consistently hits their fantasy ceiling from a production standpoint. Then, consider letting this player’s value accrue more in season for another year or two before trading them for multiple Dynasty assets.

I like this approach because the next owner should feel secure in knowing the held player will be locked in with their current team for the next few years (dependent on the contract terms).

The Tennessee Titans and King Henry recently came to terms on a 4-year deal worth 50 million dollars with 2 years guaranteed.

Tennessee has secured their work-ox (yes ox because Henry is a different breed) for the next 4 years. The Titans are known to be a physical team with a run dominant offensive scheme. We all know what Henry can do as it relates to bulldozing over defenders.

Henry is coming off a monster season by earning the 2019 NFL rushing title with 1,540 yards & 16 scores on the ground. He also finished as the RB5 last season in PPR while averaging 19.6 points a game on a 5 yards per carry average. Not bad for a running back who does not catch many passes out of the backfield.

All these components make Derrick Henry the perfect hold candidate in Dynasty this season.

Derrick Henry can either help you secure a fantasy title or can be leveraged as trade bait for a team in win now mode. Depending on your situation, you should strongly consider moving Henry in season after he has shown well in a few games. You will want to target a team who appears to be one piece away from winning a fantasy championship.

Other contending teams should be less hesitant in holding back from trading for Henry knowing he will have another three seasons in Tennessee after this year plays out.

If you are a contending team then keep Henry for your own championship run before flipping him. Henry is a hold to flip scenario simply because he is an aging back that is currently in his prime. A team in win now mode should be willing to pay a first round rookie pick to acquire a top 5 running back with an attempt to secure a fantasy title.

Here are some 2 for 1 trade scenarios I would be willing to move Derrick Henry for in season or after the playoffs:

Finally the same approach applies to a flip, except you should consider moving this player asap because this player has hit their fantasy ceiling and should be moved while you can obtain peak value.

Not to say the player being flipped cannot reach their fantasy ceiling again; but you should ask yourself what are the chances of this player striking that upper limit consistently each season?

Cooper Kupp was a top 5 fantasy wideout last season finishing as the WR4 in PPR.

Kupp is an ideal flip candidate because he did most of his damage in the first half of the season between weeks 1-8 which included 58 receptions on 87 targets and 5 touchdowns.

There was a massive dip in Kupp’s production during the second half of the season between weeks 9 – 17 which included 36 receptions on 47 targets and 5 scores.

This was due to the Rams getting WR Robert Woods & TE Tyler Higbee more involved in the passing game on the backend of the season. I expect this theme to carry over into this season for Woods & Higbee while Kupp continues to do most of his damage in the red zone becoming more touchdown dependent.

I believe Kupp has what it takes to be a consistent top 15 PPR wide receiver for years to come; simply put, I do not anticipate him cracking the top 5 again no time soon. Therefore, you should consider capitalizing on Kupp’s current WR4 peak value.

This scenario is ideal for an owner who already holds a first round pick and wants to add extra flexibility by establishing more early draft capital with next year’s reloaded rookie draft class. If you disagree then ask yourself will Michael Thomas be a top 5 fantasy WR this coming season? Now insert Cooper Kupp and if you answered both questions confidently without hesitating then you can disregard this flip.

Here are the trade scenarios I would consider for Cooper Kupp:

If you want to strengthen your Dynasty game, you must know when to buy, know when to hold, & identify a window to flip players who have hit their fantasy ceiling.

You can follow me @ChiefSosaFF for more fantasy football content and twitter shenanigans and check out my podcast The Dynasty Bros. The DynastyGM tool is the best way to manage your dynasty teams bundle with your Nerd Herd membership for just $4.99 or get it solo for $2.99.

20 Projections for 2020: Part 20- Darius Slayton
Master the Art of Trading