Anthony Walker Jr. has made a quiet jump from Indy to ‘the Land’. @Spydes78 tells you why savvy IDP owners are keeping him on their radar. 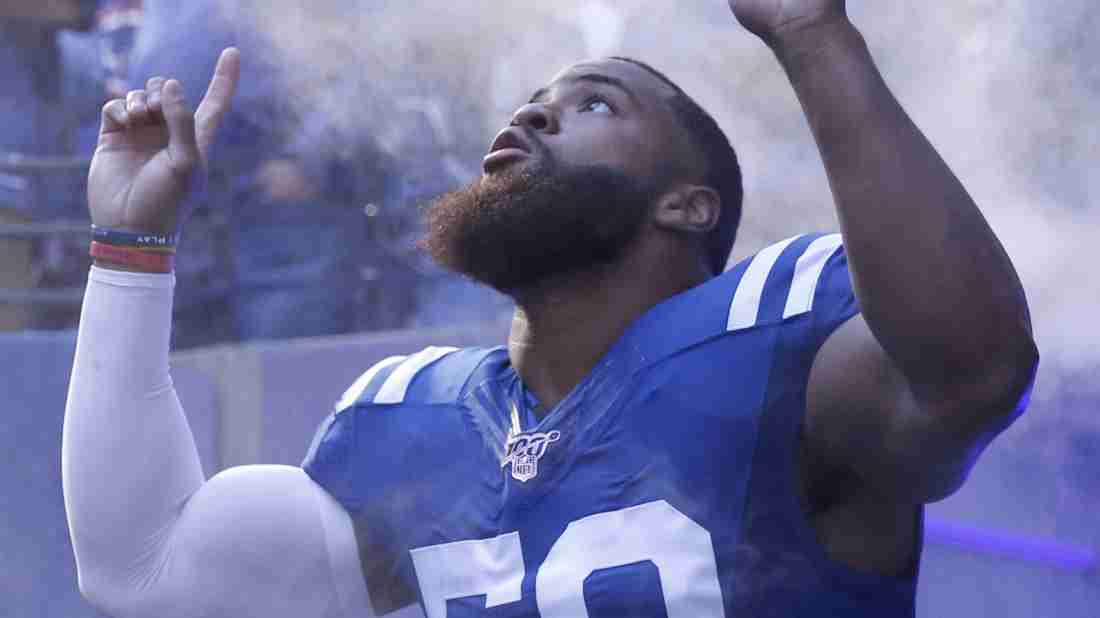 With NFL free agency in full swing, high profile names have been on the move all across the league.  Superstar players changing uniforms leave headlines in their wake, and fans clamor for transformative acquisitions.

However, occasionally in the fantasy game, it is the more unheralded movements that conceal the greatest potential.  Such is the case with today’s subject, linebacker, Anthony Walker Jr.

Who is Walker Jr.?

Hailing from Miami, Florida, Walker Jr. was raised by a single father.  As a football coach, Walker Sr. sparked a love for the game in his son from a young age.  With discipline and a focus on academics, Anthony Jr. blossomed into an intelligent, fundamentally sound player.  After a standout collegiate career at Northwestern University, Walker Jr. was drafted by the Indianapolis Colts in the 5th round of the 2017 NFL Draft.

Anthony Walker Jr. has become a fan favorite with the Colts faithful because of his character, grit, and leadership.  His Indianapolis teammates clearly share this sentiment, as evidenced by the public outpouring of support after his recent signing with Cleveland.  His backfield mate, Darius Leonard, even took to social media to say goodbye, opining “You are one of the smartest middle linebackers I have ever played with.”

In four seasons with the Colts, Walker Jr. entrenched himself as a leader on the defensive unit.  He has a tenacity for film study and is not selfish with his knowledge.  Football intelligence and communication skills are invaluable intangibles for a middle linebacker, and Walker possesses these traits in spades.

With respect to his actual play, Walker Jr. utilizes textbook tackling fundamentals.  He excels at positioning and can effectively shed blocks en route to the ball carrier.  As evidence, consider that Walker Jr. has amassed at least 92 combined tackles in each of his last three seasons, twice exceeding 100.  The clip below is a nice example of his ability to avoid a block and execute a sound tackle.

What Can You Do for Browns?

As a learned tactician, Walker Jr.’s addition to the Browns linebacker group is precisely what the doctor ordered.  Cleveland will likely operate predominantly out of a 4-2-5 alignment, which covers the fringes of the field with speedy defensive backs.  This scheme thus requires stout, intelligent box play from their linebackers.  Sound like the wheelhouse for someone we know?

Over the past several seasons, the Browns have gotten by with lackluster output from their linebacker group.  Last season, free-agent journeyman B.J. Goodson occupied the role that Walker is likely to step into.  Using the table below, compare the relevant IDP stats from Goodson and Walker in 2020.

At first glance, these stats look remarkably similar.  In fact, Goodson and Walker Jr. ranked as 2020’s 50th and 51st linebackers, respectively, in IDP123 scoring.  So where’s the dramatic upgrade with Walker Jr.?

Do not be deceived, my Nerdy friend.  This data does not take one critical factor into consideration: efficiency.  Remarkably, Walker Jr. assembled nearly the same season totals as Goodson despite playing 151 fewer snaps, according to Pro Football Reference.  Here’s how that comparison looks if we normalize the data and volume adjust to provide the same snaps for Walker Jr. in 2020:

Though merely a projection, this defensive output would have put Walker Jr. as the 31st linebacker in IDP123 scoring for 2020, sandwiched between Tremaine Edmunds and AJ Johnson.  Obviously, this is the type of company that makes IDP players take notice.

So What Does It All Mean?

Anthony Walker Jr. certainly has his limitations and is by no means a top-tier linebacker for IDP purposes.  However, he does possess the type of consistency that successful owners will rightfully covet.

Indeed, Walker Jr. is a fundamentally sound, young player who is poised to assume a significant leadership role in Cleveland.  Given the Browns scheme, I anticipate a lucrative increase in his defensive snap count.  Barring injury, it is entirely reasonable to expect LB3 level output from him in 2021.

Cleveland’s recent penchant for bland linebackers, and his suppressed role on the Colts, may help to disguise Walker Jr.’s true value.  I would absolutely advocate that you make him a trade target and suggest that a 5th round rookie pick may be enough to lock in an every-week contributor to your lineup.

Take your queue from Walker Jr.  Set up a deal today, and be the smart, unheralded dynasty owner who is left having the last laugh.

I thoroughly enjoyed bringing you this piece, and would love to continue the conversation on Anthony Walker Jr.  Please feel free to comment below or contact me @Spydes78 on Twitter.  And also, stay tuned to @DynastyNerds for a steady pipeline of content from our eminently qualified staff to carry you through your offseason.  Enjoy the grind!