Packed with potential, but clouded by concerns, Haason Reddick is a complicated evaluation. In his latest piece, @Spydes78 tells you why defining Reddick is such a challenge and what to make of his offseason move to Carolina. 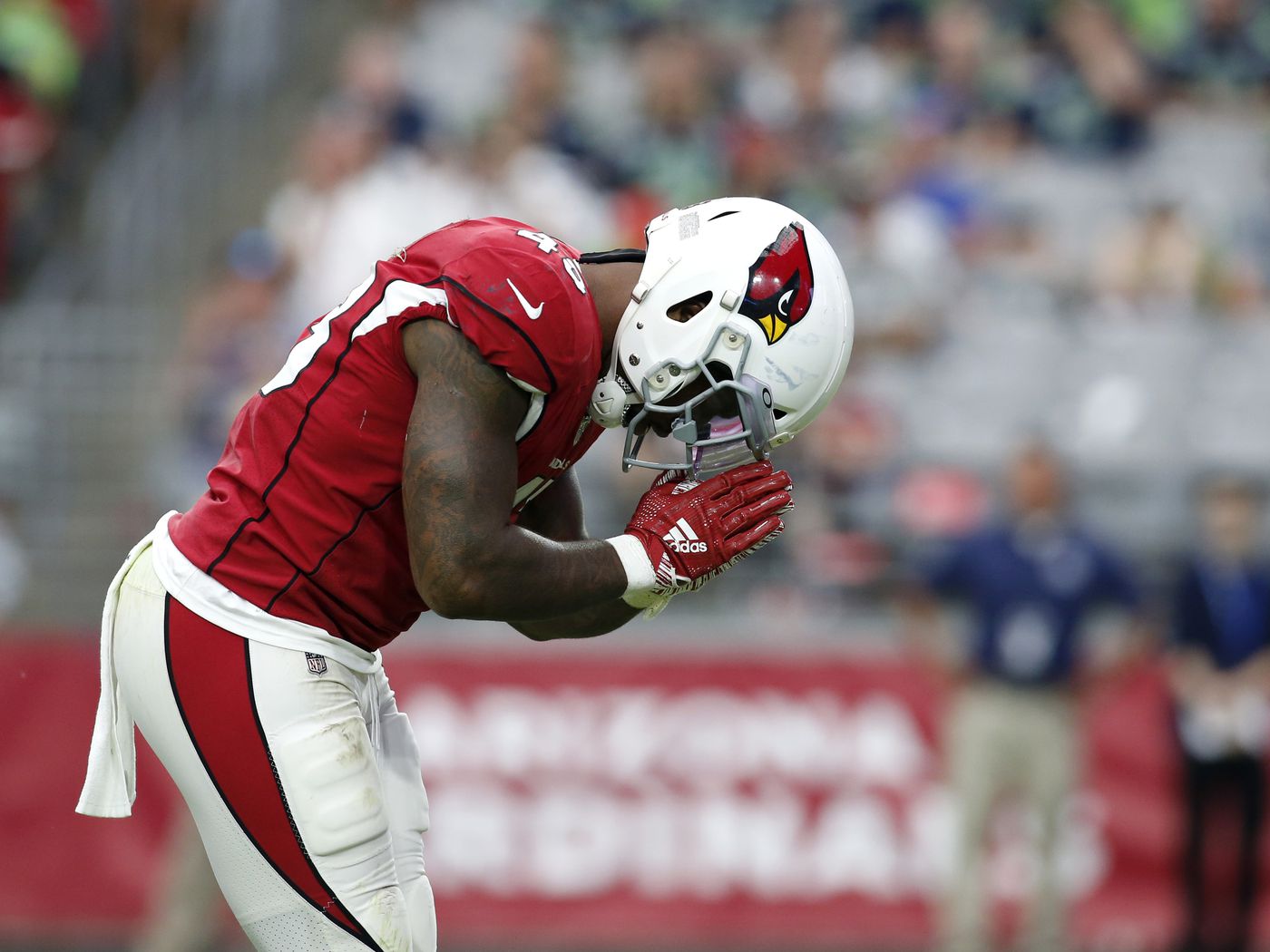 Will the real Haason Reddick please stand up?

Four years into his pro football career, Reddick remains a bit of a mystery for NFL general managers and dynasty enthusiasts alike. Plagued by inconsistency, he has been a genuinely enigmatic football figure. Embarking on a new phase of his career with a new team only adds complexity to this established variability.

So what makes his value so tough to read? And, how should you regard him for your dynasty team? Well, you’ve come to the right place. Read on!

Selected as the 13th overall selection by the Arizona Cardinals in the 2017 NFL Draft, Reddick was a prospect oozing with pass rushing potential. He had just capped an impressive four-year stint at Temple University by posting a senior season replete with 9.5 sacks and 22.5 tackles for loss. He was a standout player during the Senior Bowl circuit playing against the best competition in the nation. The sky was the limit.

Given Reddick’s size (6-foot-1, 237 pounds) at the 2017 Senior Bowl and Arizona’s base 3-4 scheme, he filled a linebacker role in the Cardinal alignment. Furthermore, for his first three years in the desert, Reddick was often utilized in an off-ball capacity. Propelled by athleticism and coachability, he performed this function adequately. However, Haason never truly fulfilled his first-round pedigree’s tremendous promise.

In the final year of his rookie contract, Arizona finally began to take advantage of Reddick’s unique skill set. Rather than continue a failed experiment, Reddick was a dedicated pass-rushing specialist in the Cardinal defensive scheme.

While it is unclear whether Reddick lobbied for this change or if it came purely as a coaching epiphany, the adjustment brought comfort. “I was put back into my natural position. That’s where I belong,” Reddick recently told the Charlotte Observer. “That’s where my skills, my talent shines the most.”

It is hard to argue with the statistical output. According to Pro Football Reference, in 2020, Reddick amassed a gaudy 12.5 sacks and 15 tackles for a loss. Contrast this to his first three years where he collected 7.5 sacks and 18 tackles for a loss… combined. The transition to a more familiar role unlocked the potential that was previously feared lost.

As a pass rusher coming off an impressive statistical season, one might have expected Reddick to be a highly coveted free agent. However, his one-year, $6-million contract with the Carolina Panthers is a far cry from the market setting deals commanded by elite sack masters. So what happened?

NFL front offices were reluctant to believe in Reddick’s fourth-year surge’s longevity. Though he may have had other offers, Reddick opted for the familiarity that had eluded him early in his career. That familiarity came in multiple forms.

First, the Panthers featured some trusted personalities in head coach Matt Rhule, and defensive coordinator Phil Snow, who coached Reddick at Temple. Secondly, the Panthers committed to utilizing Reddick in the type of pass-rushing role, which allowed him to flourish in 2020. After feeling like a fish out of water early in his career and putting his career at risk by playing out of position, it’s not hard to understand his decision to seek familiarity.

The move is poised to be a win-win for both the club and the player. The Panthers will get a low-risk opportunity to evaluate Reddick’s performance in their system. In turn, Reddick slides into an emerging defense with a chance to excel in an optimized role.

Reddick is without question undersized as an NFL pass rusher. According to Fran Duffy of PhiladelphiaEagles.com, the average size for an edge rusher at the 2020 NFL Combine was 6-foot-3 and 256 pounds. Reddick is two inches and 20 pounds short of those numbers.

So, how could he reach the passer with such consistency in 2020? Reddick has several attributes which help him overcome the size mismatch.

First, he shows excellent bursts off the line, which he most frequently deploys with a speed rush off the edge. Reddick also possesses the flexibility to drop his shoulder and elude a blocker, a skill which he pairs with his speed to devastating effect. Lastly, Haason’s film shows a mastery of hands technique, particularly his neutralizing jab move capable of momentarily disarming an offensive tackle.

When utilized in concert, these skills make Reddick a very effective rusher. Additionally, he has shown the ability to maintain leverage with a low center of gravity. This attribute prevents his size from being a liability when defending the run.

So, what is Reddick’s current worth as it pertains to dynasty IDP?

Much like the NFL, I, too, struggle to evaluate his actual value. Certainly, he possesses a unique upside, evidenced by his high output in 2020. A player capable of big-time splash plays is worthy of a place on any savvy manager’s radar. Additionally, on some gaming platforms, Reddick’s position was recently reclassified to a much more lucrative “DE” from his previously underwhelming “LB” designation.

However, Reddick is no safe bet at this stage of his career. His first three years in the NFL were lackluster, making him waiver wire fodder in even the deepest of leagues. He is an undersized player with a minimal commitment from his pro franchise. His standout season was not enough to persuade NFL general managers despite their perpetual thirst for pocket crashers.

He is the epitome of a boom or bust player.

I would advise that you continue to hold him if you currently own Reddick. You are not likely to maximize his potential value with a move in the present.

However, if you are searching for a pass rusher, Reddick may represent an excellent, low-cost buy opportunity. Just be careful not to overpay. If the current owner is seeking anything higher than a 4th round rookie pick in return, I would advise you to find your edge contributions elsewhere.

The 2021 season will be pivotal for Reddick. While it’s unclear if he is worthy of your commitment, his quest to define himself will certainly be deserving of your attention. Take my advice and get familiar with this player who is betting on familiarity to right his career.

I thoroughly enjoyed bringing you this piece, and would love to continue the conversation on Haason Reddick.  Please feel free to comment below or contact me @Spydes78 on Twitter.  And also, stay tuned to @DynastyNerds for a steady pipeline of content from our eminently qualified staff to carry you through your offseason.  Enjoy the grind!