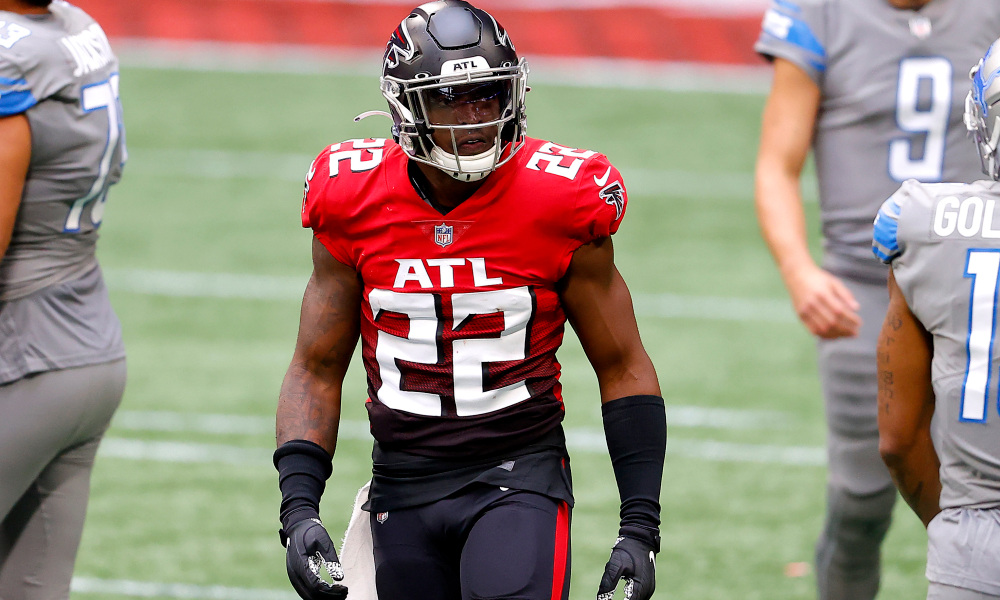 The Dallas Cowboys have long been rumored to be in the market for an elite starting safety. And in the 2021 NFL Free Agency period, they finally landed one, signing Keanu Neal to a 1-year $5 million contract. Neal came into the NFL in 2016 as the #16 overall pick by the Atlanta Falcons. Neal was an immediate impact player as a rookie, posting 16 impact plays, including 5 forced fumbles in just 14 games. As a sophomore, it was more high-level play for Neal, who again posted 16 impact plays to go along with 116 combined tackles. He earned Pro Bowl honors in 2017 for his performance.

But 2018 and 2019 were much less kind to the disruptive safety. In Week 1 of 2018, Neal tore his ACL and missed the entire season. He made a full recovery and was back in the lineup in 2019. Still, in Week 3, he tragically tore his Achilles tendon against the Colts. Four years into his career, Neal had posted two incredible seasons and lost two seasons to injury. With his fifth-year option exercised, Neal had a lot to prove in 2020.

There were a lot of questions regarding Neals’s ability to stay healthy coming into the 2020 season. It’s my pleasure to report that he proved that he could not only stay healthy but could bounce back in a big way from two devastating injuries. Neal posted a whopping 100 combined tackles in 2020, with a career-high in tackles for a loss (9). He also earned his first career sack and second career interception in 2020! The versatile playmaker was back for fantasy managers in a big way with a DB2 season.

Neal was on the field in 15 games and played 918 defensive snaps. He averaged 14.5ppg in 2020, more than Logan Ryan, Kamren Curl, and Vonn Bell, just to name a few. Neal’s 6.5 tackles per game were highly impressive and top 10 at the DB position. That kind of floor is highly coveted at the position.

Neal chose to follow former head coach Dan Quinn to Dallas as a free agent. The Dallas defense was pitiful in 2020 and needed retooling. Quinns is most famously known for his time as the Seattle Seahawks defensive coordinator during the Legion of Boom era that saw the Seahawks make it to multiple Super Bowls. His first move as DC was to bring in Neal, and he intends to use him in a variety of ways, already mentioning that Neal will get run with the linebackers. This bodes well for managers of both Neal and current Cowboys safety, Donovan Wilson.

The unfortunate reality in Dallas is that Leighton Vander Esch hasn’t been a very versatile player. He’s great at getting tackles, but beyond that, he struggles. I’m not projecting him to lose his job, but it wouldn’t shock me to see Neal finish the season with more snaps on the field than Vander Esch in 2021. Jaylon Smiths’ contract and skillset dictate that he will be unchallenged in his position as a leader of the defense.

Neal should be in line for another 100 tackle season. But what’s most intriguing about Neal, in my opinion, is the upside. If you looked at the Atlanta Falcons defense as a whole in 2020, you would notice that the linebackers and safeties saw an uptick in blitzes, pressures, and quarterback hits. Neals 9 QBHs more than doubled his career total! If Dan Quinn continues to deploy Neal on these high leverage pass-rushing snaps, he has legitimate 20+ impact play upside, which is elite.

And if he legitimately plays the linebacker position but retains his defensive back designation on fantasy football platforms, Neal will be, as the kids say, opaf.

Our staff at Dynasty Nerds has a very positive outlook on Neal. He’s currently our Dynasty DB12. If you had asked me a year ago, it would have been too rich for me. But after the incredible and honestly underrated comeback season Neal had, I love it. Neal’s proven a lot and, with just a 1-year contract, still has a lot to prove to the league. But there’s no better brand than The Star on your helmet to boost your stock. 2021 has the potential to the best season we’ve seen from Keanu Neal. I’d value him at a 2021 third+ in trades, but I’d be hesitant to part ways.

Check out the incredible Dynasty Nerds apparel and sign up for the Dynasty GM tool if you haven’t already! And if you love video content, the Dynasty Nerds Youtube Channel and The IDP Army are absolute must subscribes! Follow me on Twitter, Jordan Rains, for more dynasty fantasy football content. Cheers.