The Bengals added a few pieces in free agency that could bolster the defensive line and feature two of the top safeties in IDP. 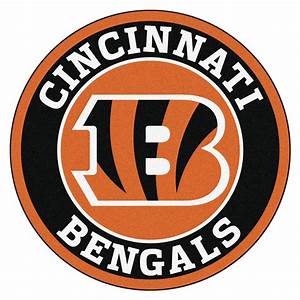 The offense created optimism but the defense was uninspiring in 2020. The team addressed the linebacker position aggressively in the 2020 draft. After Joe Burrow and Tee Higgins, the Bengals used four of their final five picks on defense, three of them on linebackers.

The defense allowed 26.5 points a game, 22nd in the league, and their rushing defense was atrocious. Opponents rushed for over 2,300 yards on the Bengals, and with a 5.1 yards per attempt average – second-worst in the league. Opposing teams ran roughshod and it kept the defense on the field far too much.

As far as fantasy, the Bengals were one of the worst defenses to find IDP starters as well. The safety duo of Jessie Bates and Vonn Bell was the only consistent producers. I will dive more into them later, first – let’s go over if there is any production to be found at linebacker and defensive line.

I had high hopes for Pratt after a strong end to 2019. He only had a few games in 2020 where he produced well enough to be an LB2/3 if you started him. He’s strictly a tackle producer, he didn’t tally a single sack and only a pair of pass deflections. Pratt only notched double-digit total tackles once as well.

As far as projected output and where I would be happy having Pratt, if he is your LB4, you will be happy likely. I have a lot of trouble projecting anything more from him. In fact, our rankers at Dynasty Nerds don’t even have him ranked inside their top 100 LBs. Pratt isn’t a linebacker you want to be stuck relying on for sure.

Wilson has the highest upside of all the LBs under the employment of the Bengals. On the field for only 32% of the defensive snaps, Wilson raked in 33 total tackles, two interceptions, and three pass deflections as a rookie. I don’t see any way he sees only a third of the defensive snaps in 2021.

Our staff is pretty low on Wilson as a whole, our rankings have him as LB61 – his upside and situation will easily allow him to give you a much better return than his value. Wilson is a rangy LB who had a lot to learn, and we know he can tackle. He averaged over 100 tackles in each of his four seasons starting with Wyoming.

Wilson had a great combine and his results highlighted his athleticism. This second season will be huge, he is primed to take a step forward and lead the Bengals front seven. The IDP Guru has Wilson projected to be their only three-down linebacker, if this becomes true – Wilson will have a big 2021. He’s a player I am heavily targeting at his price point.

THE REST OF THE LINEBACKERS

For all the draft capital spent here, the rest of the options are uninspiring. Akeem Davis-Gaither is another projected starter and I like him as a desperation start and deeper league stash. He also started nearly 30% of the snaps as a rookie, gathering in 30 total tackles. I was impressed with him at Appalachian State, Davis-Gaither is a name to keep on your radar.

The Bengals also drafted Joseph Ossai in the third round of the most recent draft. I did a deeper write-up on him in our Draft Profile series. He gives the team an outside pass-rushing threat they desperately need. The team only mustered up 17 sacks in 2020 and leader Carl Lawson is now a New York Jet. Ossai will be much better for NFL than IDP though.

Gone are the dominant defensive lines dominated by Carlos Dunlap and Geno Atkins, but the team made a rare free agency splash by signing Hendrickson in the off-season.

2020 was the first season with extensive playing time for the ex-Saint, Hendrickson made the most of his contract season by exploding for 13.5 sacks. The Bengals threw $60 million in his direction and added an end to compliment Sam Hubbard.

It seems like a lot of money to invest in a player with only 6.5 sacks over his first three seasons, and it was uncharacteristic of the Brown family to spend money on a free agent. The Nerds team has him ranked as DL18, a safe ranking, and a player who could produce well for the price point. Hendrickson will give you the big plays and also chip in a few tackles to give him a safe floor.

Hubbard has stumbled a little the past few seasons but has also not had a solid end opposite him to draw attention from him. With Hendrickson in tow, Hubbard should see many fewer double teams going forward.

I love the defensive ends who can give you 50+ tackles and then approach a double-digit total for sacks. This is Mr. Hubbard and 2021 could be the year he puts it all together – or shows he isn’t worth signing to an extension, he is in the last year of his rookie deal.

Our team has him at DL15, I am aggressively pursuing Hubbard at this price and have high hopes this is the year for him to step into DL1 territory.

THE REST OF THE DEFENSIVE LINE

I loved the signing of Larry Ogunjobi for the overall defensive line, he is a DT and a solid IDP asset for the position. He will help more as an NFL asset – soaking up lineman in the middle and I love his run-stopping ability. The team only signed him for a year and I hope they retain him. Ogunjobi will make the overall line better and help Hubbard and Hendrickson.

Khalid Kareem was the team’s 2020 fifth-round pick and I really like him as a potential long-term stash as well. The former Irish DE can really get after quarterbacks and is a player I am holding on to in hopes he develops over the next few seasons.

Rarely does a team have two safeties who produce as much as the Bengals’ tandem did in 2020. Bates has been one of the biggest hits of the past few drafts and a leader on the defense.

Bates is the free safety and we don’t see many free safeties with his production. He has eclipsed 100 tackles in each of his first three seasons and had exactly three INTs in each as well. Bates roams in center field and pops anyone who happens to get into the secondary. The former Demon Deacon was taken in the second round of the 2018 draft and has been the most consistent player on the defense from his first day til now.

On our rankings, Bates is the DB6 and it’s tough to fade him with the consistency. If the LB corps does step up, it may eat into his production some and the team added a few CBs who have been solid tackle producers as well. I am a little cautious with the DB6 price tag, but you can typically get him later from what I see in drafts.

Bell came over from the Saints and has been remarkably consistent as well. He’s a true strong safety and his tackle numbers reflect it.

Bell led the Bengals in tackles with 114 total and also forced three fumbles. Due to the lackluster LB corps, Bell was essentially the top linebacker and run enforcer. It’s what he is best suited for as far as skillset and 2020 was his career-best year. He is a bit limited in pass coverage but not exactly a total liability.

We have him at DB14 and I love that price point for a player locked in for 100 tackles in the DB or S spot. Bell is one of those names in IDP who isn’t very sexy but will also lock down your DB2 spot and never let you down. He’s a safe safety (dad joke!).

THE REST OF THE DEFENSIVE BACKS

I love the signing of former Steelers cornerback Mike Hilton and he is one of my favorite corners to start in leagues that require CBs. He’s a versatile player who can blitz, covers the slot and middle of the field, and produces solid numbers as a corner. Hilton had 51 tackles, three INTs, and three sacks in 2020 – I project more of the same in 2021 – he’s a great addition to the defense.

The Bengals also added former Cowboys CB Chidobe Awuzie, another corner who has shown the ability to produce solid stats for the position. In 2019, he had 79 total tackles and has had one INT in each of his four seasons. Awuzie is athletic and has shown improvement each season thus far, another solid addition for the Bengals defense, and a player you could start at CB if needed.

The defense made some key additions and the offense should put them in positive game scripts this season. The team has had its back to the wall for many games in the past few seasons and the defense has had to play on its heels.

The linebacker position isn’t very good but I am targeting Wilson for a buy low, the line has good options this season, and both safeties should give you DB1 production. The defense as a whole should be better and produce much better IDP numbers than in recent years.

Get the Dynasty Nerds app in the Apple Store. Mock drafts for Superflex, 1QB, Standard, even SFB11. If you are a DynastyGM subscriber it even syncs with your actual teams so you can do rookie mock drafts with ALL of your actual picks. Also on desktop. Coming soon to Android.