@Glosser13 and his team deliver Round 1 of the IDP only Rookie Mock 2.0. Check out the biggest movers over the past month. 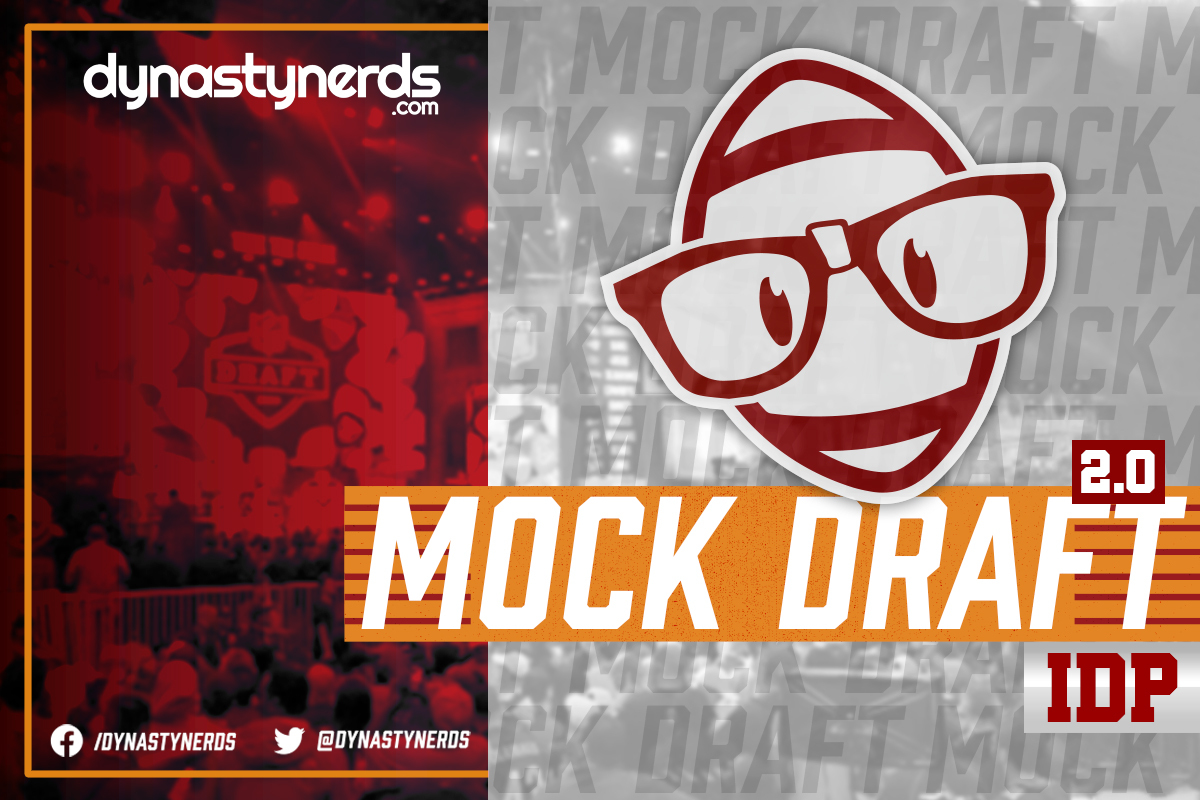 The Dynasty Nerds IDP team and friends are back with another IDP Only rookie mock draft. The Super Bowl is officially over, and dynasty players are shifting their focus to the 2021 NFL Draft. Let’s take a look at who the top 12 projected IDP rookies will be for next season.

The best players in IDP fantasy football are high upside Impact Play Linebackers, and that’s precisely what Micah Parsons is. As a sophomore, Parsons produced earth-shattering 29 Impact Plays. Fourteen of those were TFL, which is highly correlated to NFL success for defensive prospects.

The speed at the linebacker position is so key. As we just saw in the Super Bowl, when you have linebackers with range and speed, they can take away plays that make even the best offenses look pedestrian. Dylan Moses battled through injury and still managed to lead Alabama in tackles while winning his second National Championship. The one position you can never have enough of on the defensive side of the ball is LB. When you have top-tier players, it makes life so much easier on IDP dynasty managers.

Collins is a potential Day 1 pick in the NFL Draft and was PFF’s most valued collegiate defender in 2020. For me, what makes Collins unique is versatility (he can find a home in any scheme) contrasted with stout size (6’4″, 260lb). The IDP buzz on this guy has only just begun to percolate, and he’s sure to generate plenty of well-deserved hype as the draft season approaches.

Linebacker will always be king for IDP leagues, but given the lack of plug-and-play dynasty assets at DL, this is a great value pick. Azeez Ojulari has an early lead as the best EDGE defender in this class. The rumors are starting to pick up of him potentially falling to the Tennessee Titans in the NFL Draft. This would be huge for his dynasty value and would give him a chance to produce early in his career.

If JOK is the LB5 in this class by the time the NFL Draft gets here, I will be surprised. Highly productive LB who just makes plays. He should fit perfectly in the NFL with his size, speed, and versatility. This could be a dark horse for Defensive Rookie of the Year.

Gambling on potential here, Rousseau has an enormous wingspan and capable of winning with his hands and strong arms. The effort is questionable at times, but he is capable of huge plays when he is on. I love his attitude. He is infectious and could be a leader. He will need to develop more of an arsenal of moves to be an elite option.

He has an injury history, but his lone full season in Miami was amazing. He has a plethora of pass rush moves, great length, patience, and IQ. Phillips has possibly the best swim moves in the 2021 draft. He was a former top recruit, and it showed. Of the Miami trio, Phillips looked like the most impressive edge player.

Bolton is a tone-setting linebacker who can lay the wood. He plays a physical, aggressive style of football, directly impacting the game as a tackler. Having a three-down skill set is key in IDP for linebackers, and Bolton has that. He can hold his own in coverage and can also be called upon as a Blitzer. If he’s drafted to the right spot, I can see Bolton being an impact player for IDP.

Kwity Paye can make an instant impact as a rookie and should be on all IDP managers’ radar. The Michigan edge rusher totaled 23.5 tackles for loss in college, and there should be no reason he won’t continue to live in the backfield once he becomes a pro.

Surratt is the sixth and final LB off the board in the first round. He has overcome adversity to become one of the most interesting defensive prospects in the 2021 NFL Draft. Surratt’s intelligence and athleticism make him a very valuable player to his future NFL defensive coaches.

Very pleased to land one of the ACC’s most productive pass rushers over the last three seasons. Carlos Basham has the potential to be a Carlos Dunlap type player for IDP managers. A productive defensive lineman who just seemingly flies under the radar every season. The right scheme fit could benefit Basham’s immediate impact greatly, and he could be a steal as the 11th best IDP.

The first safety off the board is a solid value at the end of the first round. Cisco collected 136 tackles and 13 interceptions in just over two seasons with the Orange. Cisco should be an instant impact player in the NFL regardless of scheme fit. He has a knack for making the big play, and I expect that to continue in 2021.

This wraps up the first round of the IDP only rookie mock 2.0. We are looking forward to bringing you round two shortly after this. We appreciate your continued support in the growth of IDP in 2021. Please continue to check out all the IDP content and more at DynastyNerds.com, as well as supporting our staff and friends who have helped.

Have you subscribed to the DynastyGM yet? It’s just $2.99/month and you can try it for free here. League anayzer, trade calculator, IDP rankings and more!!