@Glosser13 gathers the troops to bring you the final IDP only rookie mock draft before the NFL draft kicks off. 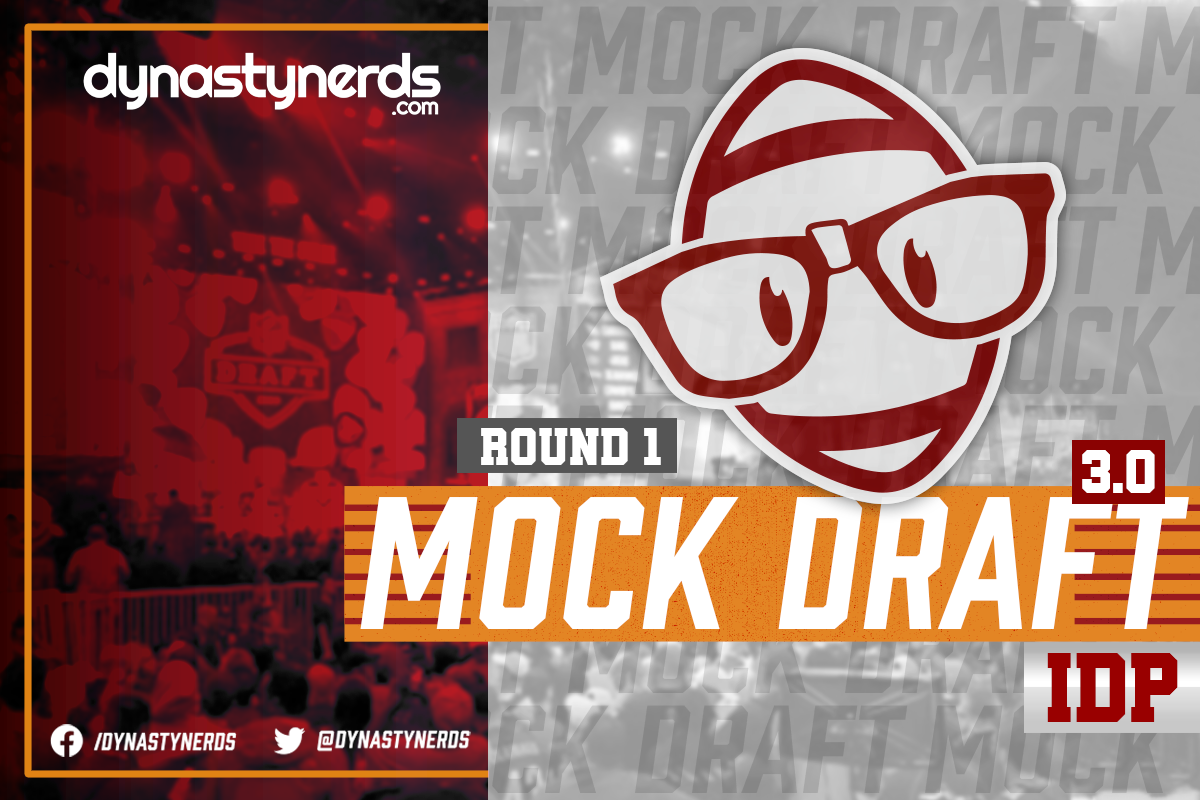 The Dynasty Nerds IDP team brings you the final rookie mock draft before the NFL Draft. It’s been interesting to see how players’ values have changed over the three mock drafts this off-season. As a team, we have covered two IDPs only and one super-flex IDP mock draft. In this final installment of the IDP-only side, we will see where our analysts have these players ranked right before finding their official landing spot.

There’s been talk of Parson’s body language and effort being concerns. None of that scares me one bit. The facts are that when Micah Parsons laces them up, he’s one of the best players on the field. He should be the first IDP off of the board in most if not all rookie drafts.

One of the favorites this off-season of the IDP community, Zaven Collins is a big old-school LB who can fit in any scheme. A versatile linebacker who will surely make a difference on the field even as a rookie.

Dylan Moses has incredible speed and is a certainty to make an impact at LB wherever he lands. The thing I love most about Moses is that he understands the game at a high level and is a natural leader. Both great qualities to have in the heart of a defense. Draft Moses with confidence.

Bolton is one of the most physical linebackers in this class. He is a tackling machine who may take a year or two to see high-volume snaps, but you can count on him producing when he does.

1st and 2nd round safeties have the highest hit rate for multi-year top-24 fantasy finishes. 54% of Safeties drafted in the 1st round see multi top 24 finishes; 2nd round Safeties 33% of the time. Trevon Moehrig is a Day 1 prospect according to many trusted draftniks, including Charlie Campbell at WalterFootball.com. I will put my early money on the best statistical hand.

Of the Miami EDGE trio, Rousseau has the highest ceiling, and I believe that the draft capital invested by the NFL will reflect this. He’s not as polished as Young or Bosa, but I’m happy to gamble on his upside here.

I will step on Snyder’s blurb. Phillips has the highest ceiling of the trio but by far the most questions as well. The injury history is scary, like he could fall out of the first round scary. He has so much speed and can bend the edge with the best of them. I love the way he converts speed to power also. If healthy, he’s the second-best player in the class.

Landing JOK as the 5th LB off the board is an absolute steal. His blend of speed and power matched with his coverage skill make him an ideal fit for today’s NFL. He is a three-down linebacker with sideline to sideline speed.

Chazz Surratt is one of my favorite linebackers in this class. He has consistently gone anywhere from 6th to 10th over the three IDP mocks this off-season. I covered Surratt in-depth in a rookie IDP profile at DynastyNerds.com. You can find it here. I encourage you to check it out.

Azeez Ojulari is one of the top pass rushers in this class and is projected to go in the first round on the draft day. Ojulari offers an excellent blend of athleticism and bends off the edge to pair with his strong hands. I can see Ojulari making an impact early on for his new team and is a top Edge target of mine in rookie drafts.

Currently one of the more under-the-radar linebackers, Fisher produced at a high level throughout his four college seasons. While being a tackle monster, he also produced consistently in auxiliary stat categories.

Jayson Oweh tested great at his pro day, as many Penn State players do. He should be looked at as a high upside dynasty stash who could be a difference-maker with his potential to make high-impact plays. A huge LB run forced my hand here to make sure I get an EDGE player I like.

That’s it for Round 1 Nerds. Stay tuned for Round 2 soon to come. It will be fun to see how much these mock drafts will change after the NFL draft. The IDP team will bring you two more IDP-only mock drafts after know where these prospects will be playing in 2021.