@Glosser13 and his team break down round 2 of the latest IDP only rookie mock draft. 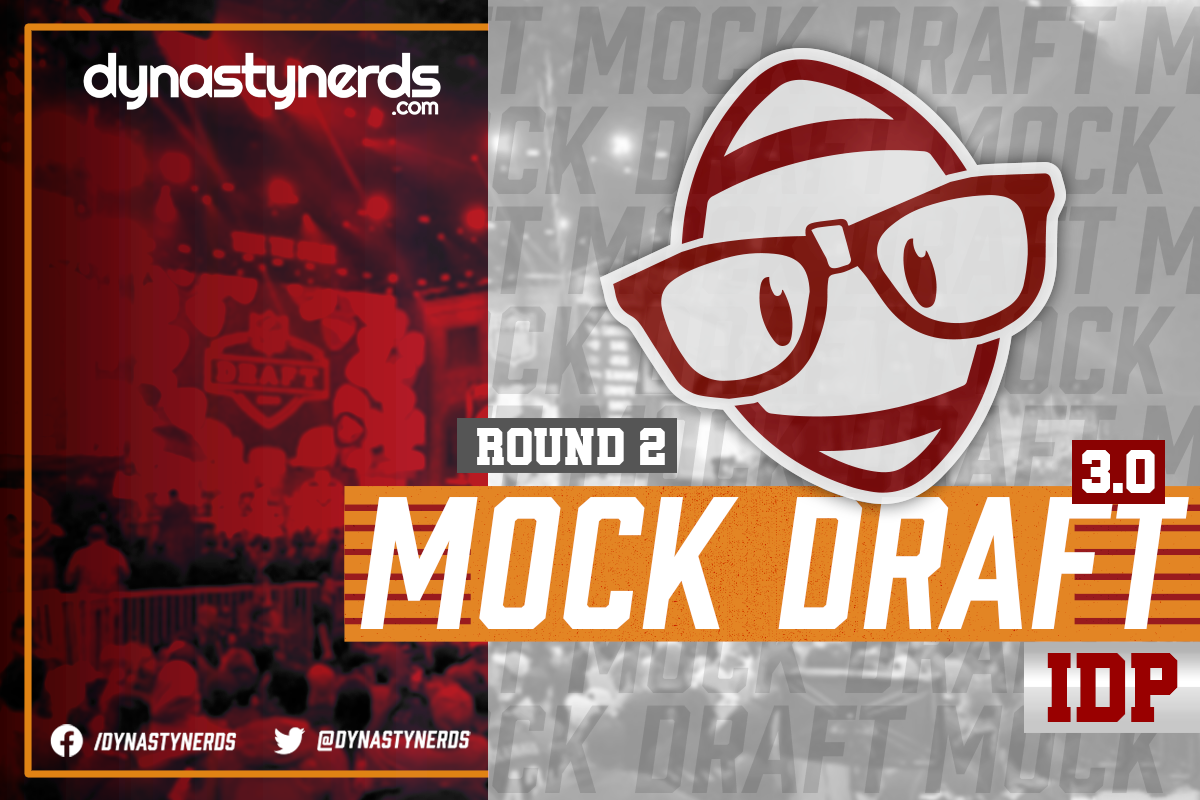 Welcome back, all you nerds. This is the final 12 picks from our final IDP-only rookie mock draft. We will be running a few more after the NFL draft is complete, and we will see just how much values change once we can place a player on an NFL team. I speak for all who have helped with these mocks this off-season when we say it’s been our pleasure bringing these to you. We realize just how important it is to know the players before they are drafted to give you the biggest advantage possible as you head into your rookie drafts.

In my eyes, I come away with the best overall IDP in Micah Parsons in round one and my DL2 with the first pick of the second round. Kwity Paye is a rock-solid player who could have a long career as a starting defensive lineman.

Davis is a player who has rocketed up draft boards over the past month. Davis is inexperienced at the position, but he’s built like the new breed of NFL linebackers and has NFL draft experts taking notice. That’s enough for me to believe he can make a difference at the next level.

Jevon Holland is the best cover safety in this class. His combination of speed, hands, tackling makes him a fantastic prospect. Whether he stays at safety or slides to corner, he should have no issue fitting in and making an impact in the NFL.

Christian Barmore will make a difference in the NFL. He’s built like a tank, young, and imposes his will on opposing offenses. Barmore is coming off a career-high eight sacks, including one in each of his final two games in the CFP, on his way to being named a National Champion.

With all of the prospective first-day defensive linemen already drafted here, and Jevon Holland going two picks before, I have to take another day two safety prospect. With 33% hit rates for fantasy success, day two safeties are good safe bets in a rookie draft.

Jabril Cox has the versatility to thrive in today’s NFL. He possesses speed and coverage ability but can also rush the passer when the scheme requires it. I love this value in the mid second.

Give me all of the Patrick Jones, please! He plays like his hair is on fire and has a relentless motor. He excels with speed off the edge but has a good arsenal of moves and is good in run support. He has the upside to be one of the best linemen in the class.

Browning is a riser on my boards. His 2019 tape left a bit to be desired, but with more freedom in 2020, he looked the part of an NFL WLB. He has a blend of skills from coming downhill in run support with sufficient power to shed blocks, above-average blitz ability, and improved coverage skills. As a later-round LB, he may be the most overlooked and undervalued.

One of the most fun defensive backs to watch in this class. Nasirildeen did it all for a very bad Florida State defense. He should fit at the next level as a box safety, but he can make an impact in coverage. He will need to prove he’s fully recovered from his ACL tear and if he is, boy, is he going to be fun to watch in the NFL.

McGrone is a bit of a gamble as some development is needed due to his inexperience. That being said, he has plenty to work with within his skill set. McGrone is an athletic linebacker with solid range and is very effective as a pass rusher. He can be an every-down player if he develops and is a linebacker worth targeting later in drafts.

Joseph Ossai is a player who produced at a high level in college as a starter. He’ll need some polish to his game but profiles nicely as a do it outside linebacker/EDGE hybrid for me.

With Carlos Basham, you know what you’re getting in a prospect. He will be a long-term starter in the NFL. Basham has DL1 upside, especially if he finds his way on a team with an already proven veteran pass rusher. I’m very excited to see where he will be playing next season.

We have talked all off-season, and now it’s almost time for the NFL draft. All the pick breakdowns over the past three months have given you an idea of how some of the most experienced dynasty IDP analysts view these prospects. We look forward to bringing you more IDP content immediately following the NFL draft.