IDP Sleepers you NEED to pay attention to!

Welcome to my first IDP article! I’ll be going over some under valued IDP players that you can look to add this offseason! 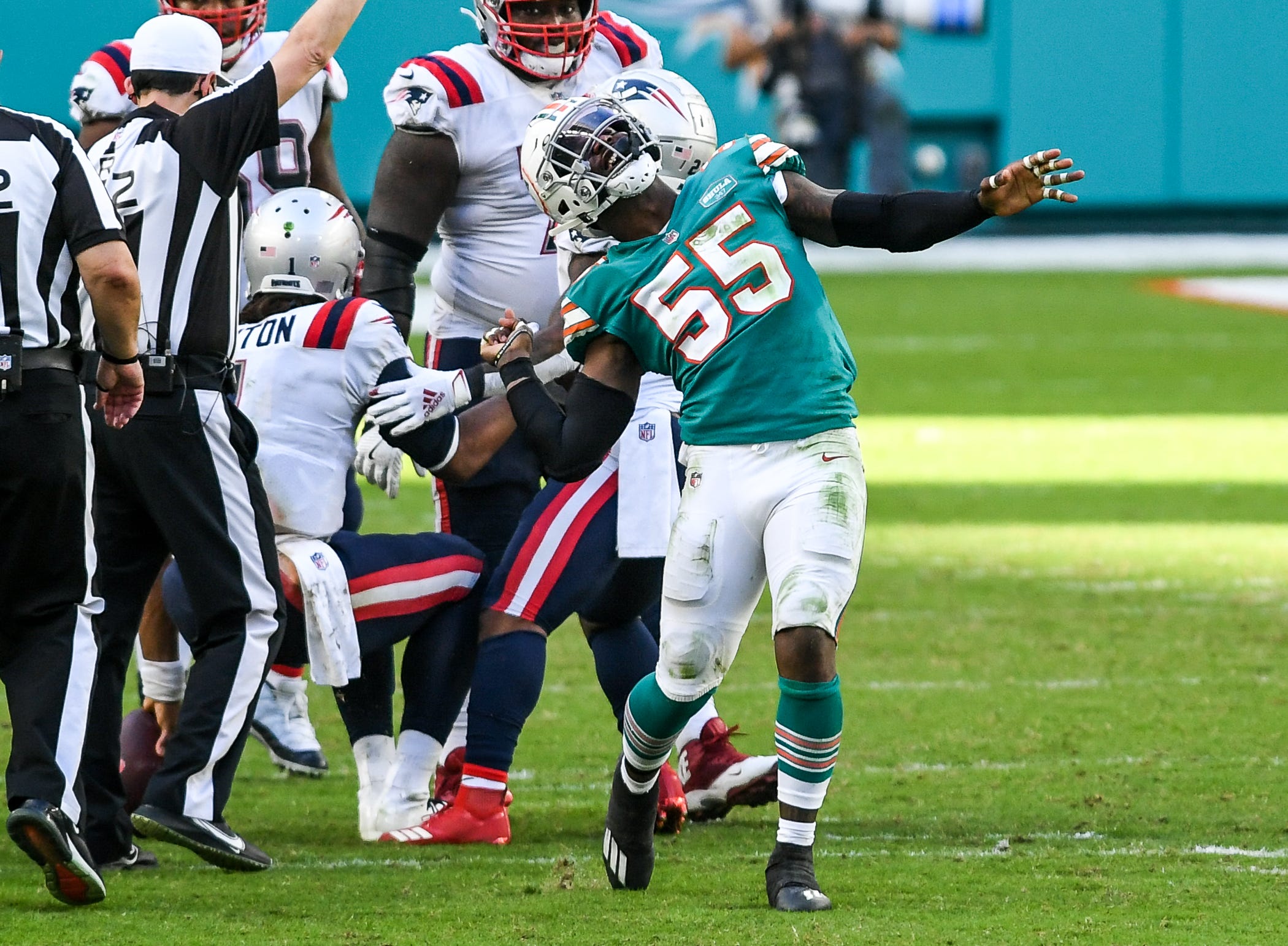 This is my first IDP article for the Dynasty Nerds, I originally started as a devy contributor, but man, let me tell you, IDP fantasy football is the way to go. IDP opens up the entire game of football to you. No longer are you only paying attention to the offense but the defense as well. If you’re a football nerd like I am, you NEED to give IDP a shot. Let’s go over some sleepers you need to be trying to acquire in your dynasty leagues. Below is a picture of our IDP rankings and where the first subject of this article is ranked. Be sure to check out DynastyGM and become a Nerd Herd member to check out the rest of the rankings below!

We are going to start with one of my favorite linebackers for the 2021 NFL season. The Miami Dolphins lost Kyle Van Noy in free agency this offseason and did not do much to replace his production from the 2020 season. Jerome Baker is a player I’m very much excited to have on my dynasty teams this year. After finishing as the LB31 in the league last year, I expect him to have a much greater impact this season. After a career year in tackles in 2019, Baker’s tackle production slowed from 122 tackles to 106 tackles, but his sacks exploded. Going from just 1.5 sacks in 2019 to SEVEN sacks during the 2020 season. The Dolphins added Jaelon Phillips with the 18th overall pick in the draft. I would not expect him to match the production of Van Noy last season. Baker has all the opportunity in the world to outproduce his 2020 season in almost every category during this upcoming season.

The Dallas Cowboys linebacker group became very interesting this offseason when the team drafted Micah Parsons number twelve overall. Jaylon Smith is someone I’ve been paying attention to, but not for good reason. Smith was horrendous in coverage last year with a 64.4 coverage grade(per PFF). Jaylon is very much on the hot seat this year and is in danger of being cut after the 2021 season. His current ADP in Sleeper leagues is 106.5, which puts him as LB8 in start-up drafts this year. I would much rather take a shot on Isaiah Simmons, who can be had 18 picks later as the LB11 and has much higher upside on your roster.

Let’s dive into the secondary for a moment. The Atlanta Falcons drafted Richie Grant with the 40th overall pick in the 2021 NFL draft. Although he was the second safety taken in the NFL draft, he should be the number one safety taken in rookie drafts. Grant is a rare do-it-all safety in which he can get you those pick plays with interceptions and forced fumbles. Grant also recorded 290 tackles and 11.5 TFLs in his college career. The state of the Atlanta Falcons defense is not great right now, especially on the back end. Grant should start immediately and be able to produce enough to be an every-week starter.