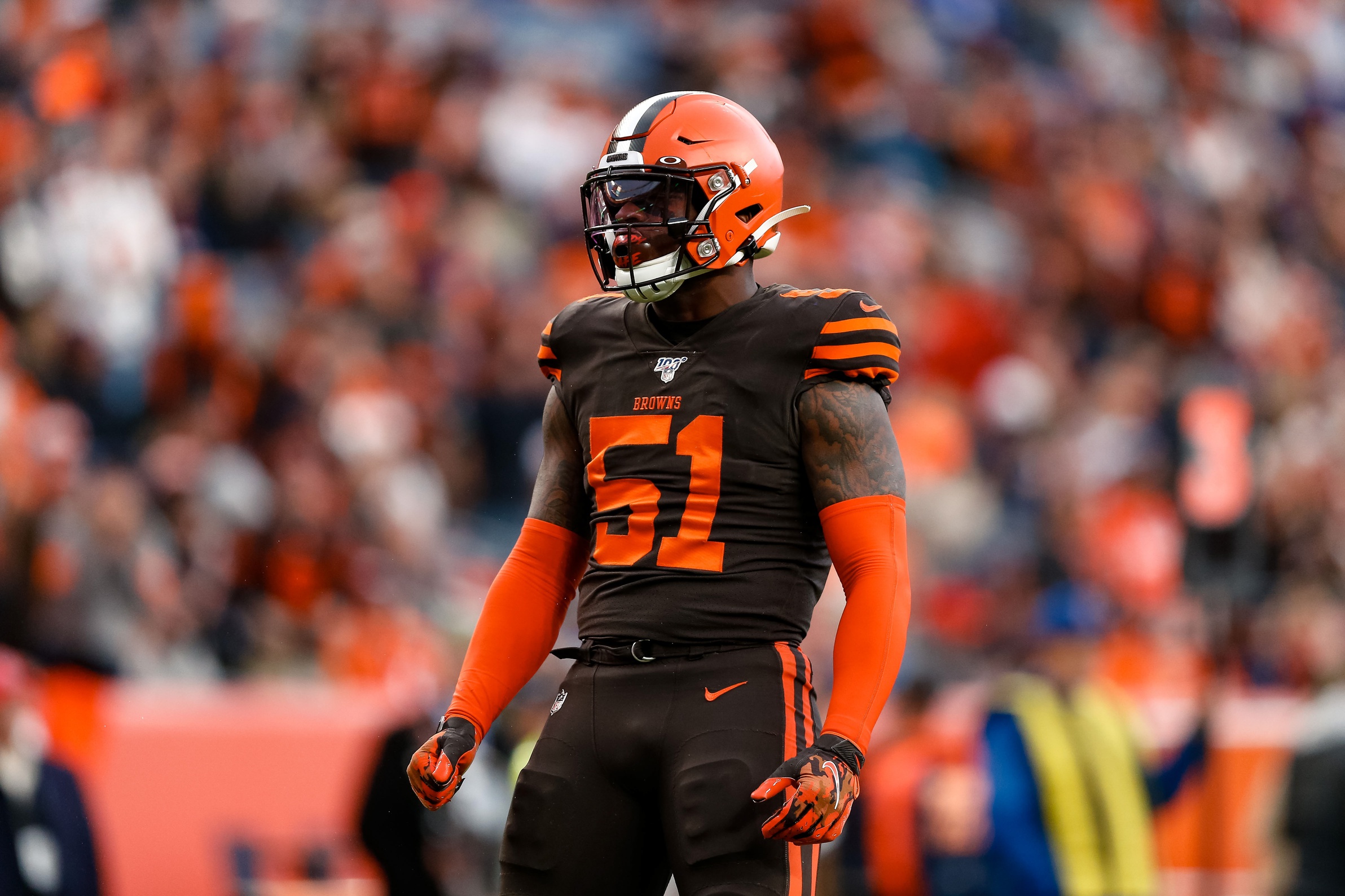 The Cleveland Browns have chosen to move on from both Christian Kirksey and Joe Schobert in 2020. They’ve both been highly productive when healthy, and Schobert has earned himself a fairly big raise with his most recent season’s success. Kirksey has, unfortunately, been injured for a good chunk of the last two seasons, which was uncharacteristic after he logged four consecutive seasons of 16 game appearances. Now that free agency is fully underway, Schobert and Kirksey have both signed with new teams. The guys who could be stepping in to replace them in Cleveland have a big opportunity and big shoes to fill.

Mack Wilson and Sione Takitaki were both drafted by the Browns in 2019. Takitaki in the 3rd and Wilson in the 6th. When Kirksey went down with a torn pectoral in Week 2, Mack Wilson was the next man up and finished out the season playing beside Joe Schobert. Mack Wilson had a decent bit of hype from the IDP fantasy community, and many thought he would flourish given opportunity. He did ok. In his rookie season, he saw snaps in all 16 games and started in 14. The result?

Not quite the top 10 producer his predecessor was, but Wilson did show he can make his hay in a variety of ways outside of just being a tackler. But the man can tackle as well don’t get it twisted.

Even though the Browns invested more draft capital into Sione Takitaki than they did Wilson, when Kirksey went down, it was Wilson who replaced him on the field. The scheme won out in the end. So Takitaki had to sit behind Schobert and wait for his opportunity. Now, with Schobert departing, it should move Takitaki up the depth chart to starting middle linebacker.

Takitaki played linebacker and on the defensive line while in college. In his two final collegiate seasons, he recorded

The college tape shows an aggressive, disruptive, heavy-hitting linebacker with a nose for the ball and a motor that doesn’t quit. Cleveland letting go of Kirksey and Schobert is a flex by the organization and at least a subtle nod to Takitaki. That’s not to say the team won’t add a linebacker in the draft or maybe a cheaper than Schobert option in free agency. They likely do.

Assuming that’s the case, Wilson and Takitaki will still hold value. As the intro proclaimed, Brown’s linebackers have proven highly valuable many seasons over. Even Wilson was a serviceable LB3 as a rookie in 2019. With the departure of Schobert and his 133 combined tackles in 2019, there should be plenty of opportunities for one of both to flirt with LB1 production.

Going into the 2020 fantasy season, savvy IDP fantasy football managers will be adding Takitaki and Wilson cheaply in drafts and making moves to acquire them cheaply in trades as they gear up for a title run. Make sure you’re staying up to date with all things IDP fantasy football by subscribing to The IDP 411 podcast and keeping up with the Dynasty Nerds premium rankings! Dynasty never sleeps, and defense wins championships!