In this IDP Snapshot series, Jordan Rains will examine the IDP fantasy football season through 4 week quarters. Weeks 9-12 saw some breakouts and some heartbreaks on the defensive side of fantasy. 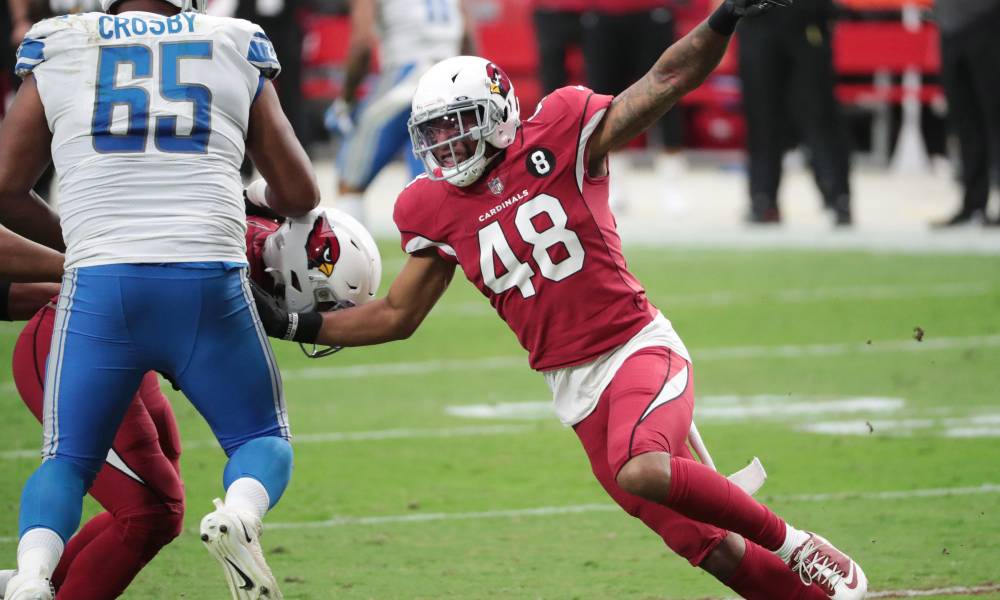 In this IDP Snapshot series, I’m going to review the fantasy season quarter by quarter and give some insights into the trends and personnel on the defensive side of the ball. As pragmatic fantasy managers, it’s important to manage your team in a micro sense (weekly) and in a macro sense (quarterly/seasonally). To do this properly, you need to step back and see relevant and available information. Assess this information within the context of your league to determine what’s actionable. Then take action!

It’s hard to believe we are already three-quarters of the way through the fantasy season, but alas, it’s true. Weeks 5-8 were exciting for IDP fantasy managers but also challenging. A few bigger IDP assets were shelved most if not all of the quarter, and managers had to put some big truss in the bench in these pivotal weeks. It’s time to sift through some of the bigger player narratives and trends as we enter the playoff push quarter of the season.

Carlos Dunlap SEA Seahawks: Carlos Dunlap was one of the few in-season trades before the deadline. The move to Seattle has gone well for the Seahawks and Dunlap. The team got much-needed pass rush help, and Dunlap got back playing time he had been losing in Cincinnati. Since joining the team, Dunlap has finished in the top five at defensive line twice, Week 9 and Week 11. Something Dunlap had yet to accomplish in 2020. His snaps are high, and the ceiling is intact. He should be played with confidence in the fantasy playoffs.

Chase Winovich NE Patriots: Talk about a hot and cold player. In my last report, Winovich was on the trending down section after seeing a significant loss in snaps in consecutive weeks. Since that time, his snaps have risen to the highest they have ever been in his career, right around 60 snaps a week for three consecutive weeks. He’s risky but a playable option again.

Deion Jones ATL Falcons: Deion Jones was able to collect 20+ point performances in Week 8 and Week 11. Both due in part to his getting home with a sack in each of those weeks. Jones is currently pacing for a pedestrian 99 combined tackles. But he has already surpassed his 2019 season total in passes defended and tied his tackles for a loss through just 11 games. What Jones lacks in the tackle department he is making up for big-time in impact plays, of which he has an eye-popping 20.

Alex Singleton PHI Eagles: The Eagles may have found their man at linebacker in Alex Singleton. Although he didn’t enter the season as the starter, he has now started five consecutive games for Phillidelphia. Since then, he’s played very well and had back-to-back monster performances in weeks 10 and 11, which netted him 28 total tackles, one sack, one fumble recovery, 58.10 fantasy points, and a #1 overall finish at LB in Week 11.

Isaiah Simmons AZ Cardinals: After an extremely slow start to the season, which left many IDP fantasy managers in a tizzy, Isaiah Simmons finally broke out. Simmons had been backing up veterans Jordan Hicks and De’Vondre Campbell throughout most of the season but a late-game calf injury to Campbell in Week 10 gave Simmons the opening he needed to get in the lineup. In Week 11, while Campbell did still play, Simmons took the bulk of the second linebacker snaps for the Cardinals. He finished the week as the #2 overall linebacker after posting nine solos, two tackles for a loss, one sack, one QB hit, and one assisted tackle. Good for 30 points in IDP123 Default Scoring.

Daniel Sorenson KC Chiefs: One of the biggest surprises of the 2020 season has been the emergence of Daniel Sorenson. Sorenson has scored double-digits every week since Week 3. With Atlanta and New Orleans in the fantasy playoffs, he’s shaping up to finish the season as his strongest to date.

Ashytn Davis NJ Jets: When the Jets traded Jamal Adams to the Seahawks this past offseason, it was the talk of the internet for the day. That same day many IDP fantasy managers became keenly aware of a young playmaking DB the Jets had just drafted in Ashtyn Davis. However, it wouldn’t be until Week 8 of the season that Davis was given a full defensive workload. Davis didn’t do much with the workload at first but flashed playmaking ability several times. His first real breakout game came in Week 11 against the Chargers, where he went off for eight solos, four assists, one tackle for a loss, and a fumble recovery. His dynasty arrow is pointing up, bigtime.

Tracy Walker DET Lions: Tracy Walker has been trending down in snaps since the first quarter of the season. His dynasty outlook is a bit foggy, but to the element of many Lions fans and IDP fantasy football managers, Matt Patricia was relieved of his Head Coach position. Keep a close eye on how the team moves forward with Walker because if his full-time starting role is re-established, he will be a big contributor during the fantasy playoffs after a rough regular season.

Done for the Season

You will probably notice that this third installment of the series didn’t highlight many players trending down. At this point in the season, managers are more or less painfully aware of the bigger letdowns of the season, many of who were highlighted in the first two articles in this series. With only one more week of the regular season, it felt more valuable to inject confidence in players then sew seeds of doubt. It’s such a cliche saying within the fantasy community, but it comes from a place of truth. Start your studs. Trust the players who got you in a position to compete and believe in the team you built.

If you are one of the teams, which make it into the playoffs, bravo! It’s been a hard-fought season plagued with much uncertainty and doubt. The 4th and final installment of this series will be published after the entire fantasy season concludes and will be a year-end review of sorts sifting through the playoffs and the fantasy season. Look for that sometime in the early part of 2021.

In the meantime, make sure you are a part of the Nerd Herd to gain access to the best tool in dynasty fantasy football, The Dynasty GM. And check out the Dynasty Nerds Youtube Channel and The IDP Army Youtube channel for IDP video content.