Part 2 of 2. The 2019 NFL Draft was loaded with pass rush and defensive line talent. For dynasty managers it was a perfect year to replenish an aging corp or for new league owners to start a dynasty. As we go past the big three from Part 1 to some deeper but potentially elite second year defensive linemen breakout candidates. 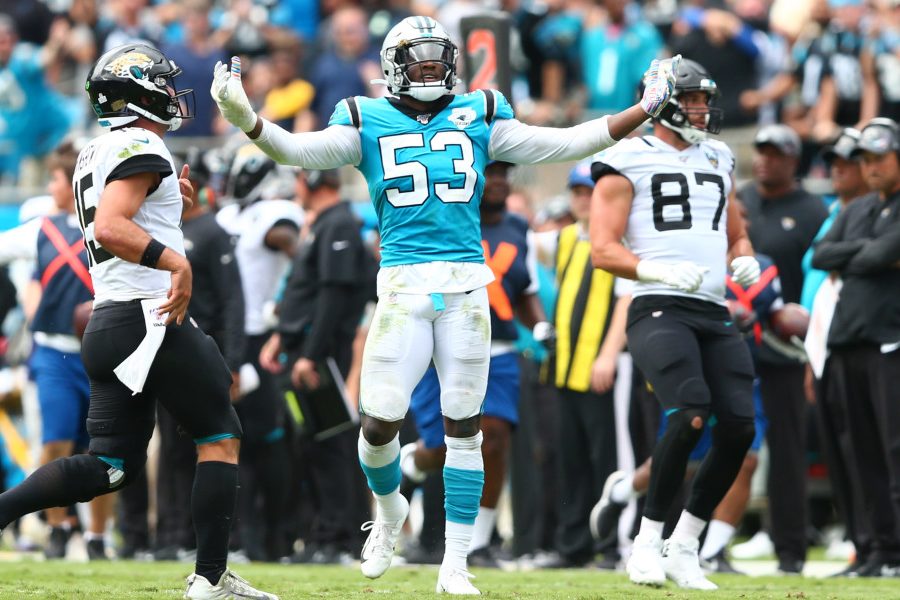 Hopefully, you were able to check out my first Rookies Edge Rusher Recap. As mentioned in the introduction of that piece, the 2019 rookie defensive line class was incredibly deep and incredibly talented. The first write up focused on the more prominent breakout stars from the class. This one will go a little deeper into the class and give some insight into some of the other great pass rushers and defensive linemen of this class.

Another 1st round pick in this class, another guy who looks like he could be a hit. 2020 might have been the year to draft a WR in Dynasty, but 2019 was the year to grab a young defensive lineman.

While Burns only played a paltry 478 defensive snaps, he managed a very efficient 7.5 sacks as a rookie. He was constantly pressuring the quarterback, as evidenced by his 16 quarterback hits. For whatever reason, the Panthers chose to move away from Burns as a starter after Week 4. But it’s easy to see the upside of such an explosive, slippery pass rusher.

The Panthers are also under a new coaching system and chose to bolster the defensive line with their first two picks in the NFL Draft. With their top 10 overall selection, they chose Derrick Brown, the best defensive tackle prospect in this class. At Auburn, Brown averaged ten tackles for loss across his final three seasons. He can get behind the line of scrimmage. And with their second pick, the Panthers chose to add another talented pass rusher to play opposite Burns in Yeter Gross-Matos. Burns finds himself on a solid unit going into his sophomore season.

Sweat was drafted 27th overall in 2019 by the Washing Redskins. While his counterparts in the first Edge Rusher Recap were eased into a starting role, Sweat was a 16 game starter as a rookie. Nick Bosa started 14 regular-season games, Maxx Crosby 10 and Josh Allen started just 4. Montez Sweat didn’t have quite as prolific a rookie season as some of his contemporaries, making it all too easy to overlook just how good his season was. But, would it surprise you to learn Sweat had more combined tackles than any of the aforementioned players?

In 2020 things will look a little different in Washington. Chase Young is locked into a starting role. The Redskins are transitioning from a 3-4 base defense to a 4-3. This essentially means Sweat and Young won’t be forced into coverage roles. They can focus on stuffing the run and rushing the passer. Both of these young players have a chance to shine in 2020 and could both finish as top 15 DL options. Young being the better talent means he will face more double teams, which means Sweat will have easier opportunities to rush the passer. Payne and Allen will likely move inside to defensive tackle. This means the entire front four will boast first-round talent.

A solid rookie campaign all things considered. With Chase Young and a more pass rush friendly defensive system, things are definitely trending up for Montez Sweat as a sophomore breakout candidate. Sweat can be found at a cheaper price in drafts and trades than the Big 3 (Bosa, Crosby, Allen) but offers a similar ceiling. Now is the time to get him onto your dynasty rosters before the hype catches up.

Coming into the draft, Ed Oliver was regularly compared to Aaron Donald from a prospect standpoint. Many believe Donald to be the best active player in the NFL. Donald has earned five straight First-Team All-Pro nods, as well as six consecutive Pro Bowls. It’s a solid resume and a compelling argument. For Ed Oliver to be compared to him was high praise. Especially for a player who had never stepped foot on an NFL field. Will he deliver?

As a rookie, Oliver was an immediate contributor to the Bills. Posting an impressive 43 tackles on only 557 defensive snaps. He also managed five sacks. That’s a solid sack number for any DT, but for a rookie who wasn’t in a full time starting role, it’s all the more noteworthy. Oliver showed he could be successful as a run stopper as well as a pass rusher.

With the offseason departure of Jordan Phillips, Oliver should now find himself in a full time starting role in 2020. Alas, it was recently reported that Oliver was charged with a DWI and unlawfully carrying a weapon. Both misdemeanors but expect Oliver to miss at least two games at the start of the 2020 season. From a long-term perspective, this doesn’t do anything to tarnish Oliver’s upside. This could honestly prove to be the perfect buy-low opportunity as the Oliver owner may be concerned about his good but not a great rookie season and potential character concerns. Might be the last buy low opportunity of his career if that’s the case, so take heed.

Considering what a splash the Titans made during the back half of the 2019 season, you would have thought Jeffery Simmons’s name would have come up a bit more. But with the emergence of fellow rookie AJ Brown and the dominance of Derrick Henry, Simmons’ contributions went under the radar.

Drafted 19th overall in 2019, Simmons missed the first five games of his rookie season recovering from a torn ACL. Many believe he would have been taken much higher had it not been for the injury. Once he got onto the field, Simmons immediately started accumulating tackles like a madman. Putting together a 32 tackle campaign in just nine games played. It makes sense that Simmons would continue to be successful as a run-stopping interior lineman since the Titans traded away Jurrell Casey. Simmons should slide into that role full time in 2020.

Simmons also enjoyed some modest success as a pass rusher as a rookie. He only produced two sacks but had some very disruptive games and produced some high-pressure games. The potential for more sacks is there with more playing time.

For Simmons to have showcased himself this well, coming off an ACL injury, with limited practices and playing time is a very positive sign for future success. He could be a solid bench DL for dynasty teams in 2020 with DL3/IDP Flex appeal in deeper leagues if the Titans continue to trend up.

Through the two parts of this series, I’ve highlighted 7 Defensive Linemen, who made an immediate impact on IDP fantasy football. Hopefully, you have managed to incorporate one or two of these players on your roster already. But if you haven’t, now is the time to make a move. Many of these rookies played limited snaps but still put together impressive rookie campaigns. If talent leads to more opportunity, it’s not unlikely they see a bigger workload in 2020 and an increase in dynasty value. Even if it feels like buying high, there’s a good chance you aren’t.

2020 Rookie Breakdowns: Film & Analytics
What to Expect from Running Backs with New Homes