Evan Engram is recovering from Lisfranc foot surgery. What is a Lisfranc injury? Why surgery? Will Engram return to the same level of elite play? Should I buy or sell? Let’s dig in with the Ortho doc on our newest medical series – Injury Profiles! 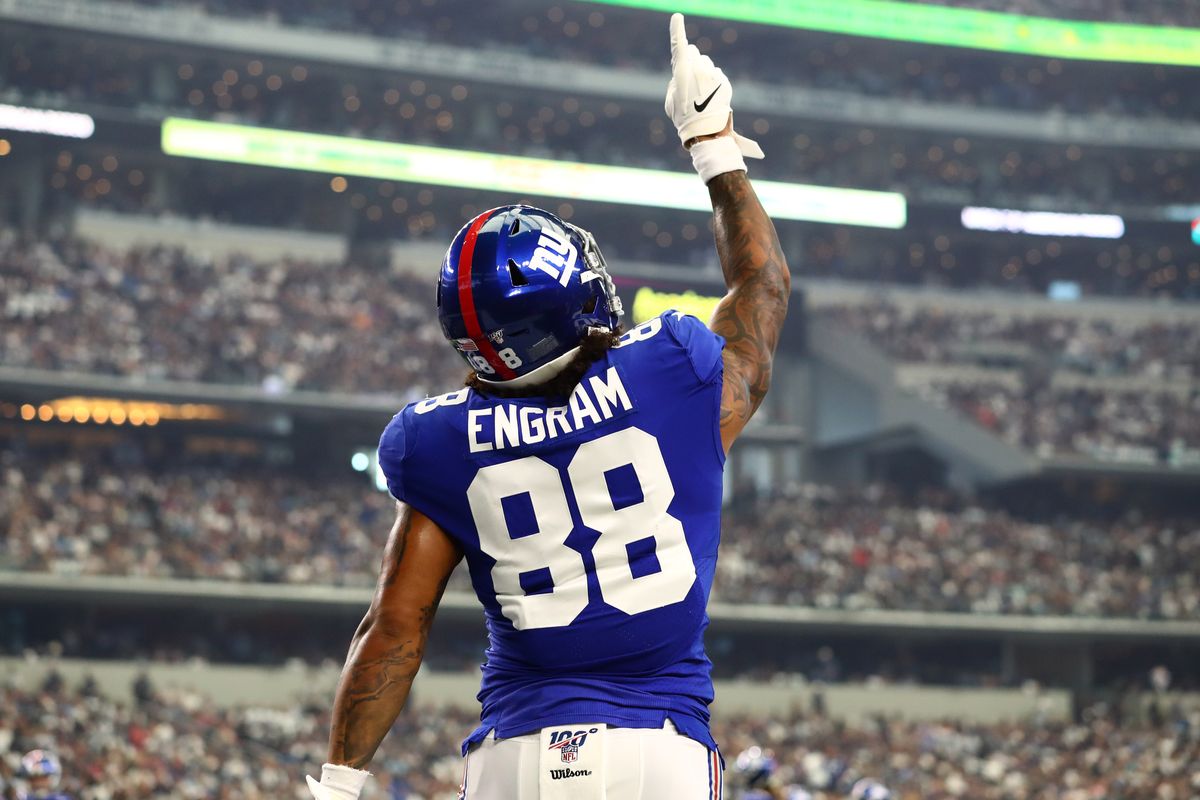 Evan Engram (TE, New York Giants) began his NFL career with a stellar rookie season. He compiled 722 receiving yards and 6 TDs on 64 receptions in 2017. During his sophomore campaign, the breakout star suffered his second concussion, a grade 2 MCL sprain, and a pulled hamstring at various points throughout the season, limiting him to 11 games.

In 2019, Engram missed the Giants week six matchup with the Patriots after spraining his right MCL once again. He then suffered a left foot injury in week nine against the Cowboys. Following this midfoot injury, the Giants initially planned for Engram to return in 2-4 weeks. Engram reported that it was a mild low-grade sprain and that surgery was not up for discussion. However, after failing to progress with conservative treatment, Engram was placed on the season-ending IR on December 17th. The following day, it was reported by ESPN’s Jordan Raanan that Engram would visit Dr. Robert Anderson, MD (co-chairman of the NFL’s Foot and Ankle Committee), for operative evaluation. Engram ultimately underwent surgery in late December. He was reported to still be in a walking boot in March. It was unknown if he would be ready for the 2020 training camp.

What do we know about Engram’s midfoot injury?

In an interview with Sports Illustrated, Engram reported he did not have a “full” Lisfranc injury and that the goal of the operation was regaining stability in his midfoot as “the ligament is still not healed correctly. There’s a little bit of space so they are going to put, from my knowledge, joints back to together to let that ligament heal properly and kind of stabilize the joints so the ligament is not stretched.”

What is a Lisfranc injury?

The midfoot is composed of several bones that form the arch of the foot (image A). These include the cuboid, navicular, and three cuneiform bones (image B). These bones then articulate (form a joint) with the metatarsal bones of the forefoot. This Lisfranc joint complex is stabilized by multiple ligaments, which connect bone to bone and play an essential role in maintaining the integrity and rigid stability of the midfoot-forefoot connection.

The Lisfranc joint complex becomes disrupted when ligaments are torn and/or bones are fractured. This injury can occur along a spectrum of severity, from more subtle ligament disruption to fracture-dislocations (image C). Broken bones and torn ligaments result in dislocation of the joint.

Although details of Engram’s injury and procedure are unavailable, I speculate it was more subtle. In athletes, Lisfranc injuries are more commonly ligamentous only (not involving broken bones). This results in a midfoot ligament “sprain” with minimal to no joint dislocation. However, Engram likely experienced instability of the Lisfranc joint, which requires surgical stabilization to restore midfoot anatomy, preserve the foot arch’s function, and enable a return to high-level football [1]. Surgical stabilization is most commonly performed by passing one or more screws through the involved bones and Lisfranc joint, which will rigidly maintain the joint while the ligament heals (image D).

Due to its relative rarity, there is a general lack of scientific data regarding short- and long-term outcomes for athletes who require surgical stabilization of Lisfranc injuries. However, most foot and ankle surgeons agree that disruption of the Lisfranc joint complex is a significant injury that requires proper surgical correction to promote optimal healing and recovery [1].

A 2016 study published in the American Journal of Sports Medicine gathered data on 28 NFL players who experienced Lisfranc injuries between 2000-2010 [2]. The authors reported 93% (26) of the players returned to the NFL, a median of 11 months from time of injury. Those 26 players missed a median of 8.5 regular-season games. There was no statistical significance between pre- and post-injury athletic performance in both offensive and defensive players. Furthermore, there was no statistically significant difference in length of career compared to players without Lisfranc injury.

In contrast, A 2018 study of 35 NFL players and 12 professional rugby athletes reported NFL players to start fewer games 2 and 3 seasons following surgery, with a significant decline in offensive statistical performance one season after return compared to their preinjury levels [3]. Furthermore, they reported both ligamentous and bony injuries to have a similar prognosis. Lastly, a European study of 17 professional rugby and soccer players reported that while Rugby players took slightly longer to return to their elite level of play, patients with ligamentous injuries returned to play sooner than those with additional bony injury [4].

Engram ultimately had an unstable Lisfranc injury, which required operative treatment. On a positive note, given the initial diagnosis of a midfoot “sprain,” it was only ligamentous in nature. Following Lisfranc surgery, players remain off the foot entirely for 2-months, followed by a walking boot for 6-weeks. At that point, the rehabilitation process can begin and usually requires 3+ months to get back to full-speed. With Engram having surgery in late December, he will likely be ready to play again by the start of the Giants training camp on July 26th. Long-term, the hope will be that surgery will prevent Engram from developing chronic midfoot pain, instability, and inability to run, plant, and cut.

Shutting down Evan Engram in 2019 made absolute sense for the Giants. By December, they were 3-11. Engram’s return would not have been worth jeopardizing the severity or chronicity of his injury. However, I am selling Evan Engram despite the likelihood that he will be full-speed by training camp.

He has excellent potential to become a top tier TE. An injury-prone 3-year career is not worth the dynasty risk in my book. However, the available scientific data regarding performance following Lisfranc injuries in offensive players is mixed. Engram may very well return to a dominant TE1 form. However, don’t forget that Engram has had multiple concussions and MCL injuries as well.

If I’m unable to buy George Kittle or Travis Kelce in a dynasty startup, I will look to buy Mark Andrews, Hunter Henry, Tyler Higbee, or Austin Hooper instead (while recognizing they have had their fair share of injuries). If you currently have him on your roster, test the market among your league mates to feel out their trade interest and value. Should Engram start the 2020 season strong, I don’t fault you for holding your shares when pushing for a championship. However, if your team is looking to rebuild, Engram would be an excellent asset to sell at that point, further reducing your risk and exchanging value for a better long-term outlook.