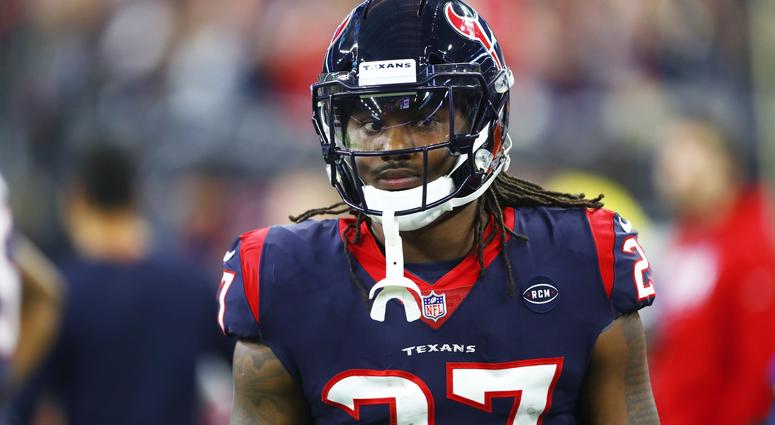 The Houston Texans made one of the surprise decisions of the entire offseason this morning when they decided to part ways with 3rd year RB D’Onta Foreman. The former Doak Walker award winner has had an up and downtime during his tenure with the Texans. No matter how you look at it, the decision to cut the talented back at this point of the offseason is a head-scratcher of the first order. His departure from the Texans will cause waves across the NFL and your dynasty squads. Let us take a look at some of the most affected by this move.

The Houston Texans decided to make the move so they are undoubtedly comfortable with their roster moving into the season. This news is great for the value of Lamar Miller. For the moment he is the only back on the entire roster with a 3 down skill set. Barring the acquisition of another RB like Melvin Gordon this move will make Miller one of the best values in fantasy for 2019. Despite his diminished status among dynasty owners, Miller has been the only RB in the entire NFL to enjoy over 1,000 total scrimmage yards in each of the last 5 seasons. Aside from Miller, Houston now fields a depth chart consisting of uninspiring backs like Josh Ferguson, Buddy Howell, Karan Higdon, Taiwan Jones, and Damarea Crockett. Needless to say, this group lacks any real name recognition. Miller should once again eclipse the 1,000-yard mark and flirt with 40 catches and 5 to 6 TDs. While I say all of this, I fully expect Houston to explore the Free Agent market. I would assume that Jay Ajayi will be hearing from the Houston brass shortly.

Foreman will obviously be the player most affected by this move. I am not sure why he was cut but the immediate news out of Houston is that the team was not happy with his work habits and felt he needed a change of scenery. This is not the first time that Texans Coach Bill O’Brien has clashed with a player. He famously clashed with Tom Brady on the sideline of a game in an exchange caught by the cameras.

Coming out of college Foreman was one of the top RBs in his entire class. He was of a similar size and speed to top 10 pick Leonard Fournette. He won the Doak Walker Award as the top RB in college football during his last season at Texas rushing for over 2,000 yards. You can see in his chart below that he possessed all the requisite skills to be a top-flight RB in the NFL.

Foreman blazed at his pro-day with a sub-4.5 40-yard dash. The stars seemed aligned for him to enjoy early career success when he was drafted in the 3rd round by his home state Texans. D’Onta seemed to be working his way into a timeshare with Miller as his rookie season was coming to a close. Then, tragically, on his best run of the season, Foreman scored a brilliant TD and tore his Achilles on the same play. Last year Foreman began the season on the PUP list as it took him late into the year before he was ready to return. In his limited late-season work, he did not look like the same player, rushing for -1 yard on his lone carry to go along with 2/28/1 receiving. It was fair to wonder if Foreman’s explosion had been sapped like former Detroit power back Mikel Leshoure. Following his second offseason after the Achilles injury, the news out of OTA’s and the early camp had been positive on Foreman’s progress and recovery. Then all of a sudden this morning the news dropped. It will be interesting to see where Foreman resurfaces. His youth and college profile will assure that D’Onta will find a new home in short order. Any of the RB needy teams like San Diego, Tampa Bay, Dallas, or others may decide to take a look at Foreman. We will soon find out if the issue was with Foreman or his relationship with the coaching staff.

As far as dynasty goes, now would be a nice time to scoop of Foreman from any owner who has given up on him. I would not spend anything significant but anything up to a 3rd round pick could be worth seeing how things play out. Lamar Miller has vaulted up the boards for the most valuable win-now RB. He is both affordable and guaranteed a heavy workload this season. We will all be monitoring the situation as it unfolds but it is safe to say this was an unexpected outcome from one of the most polarizing RBs in the league. I will leave you with Foreman’s college highlights so we can glimpse at what was and what could be again if he finds the right home.