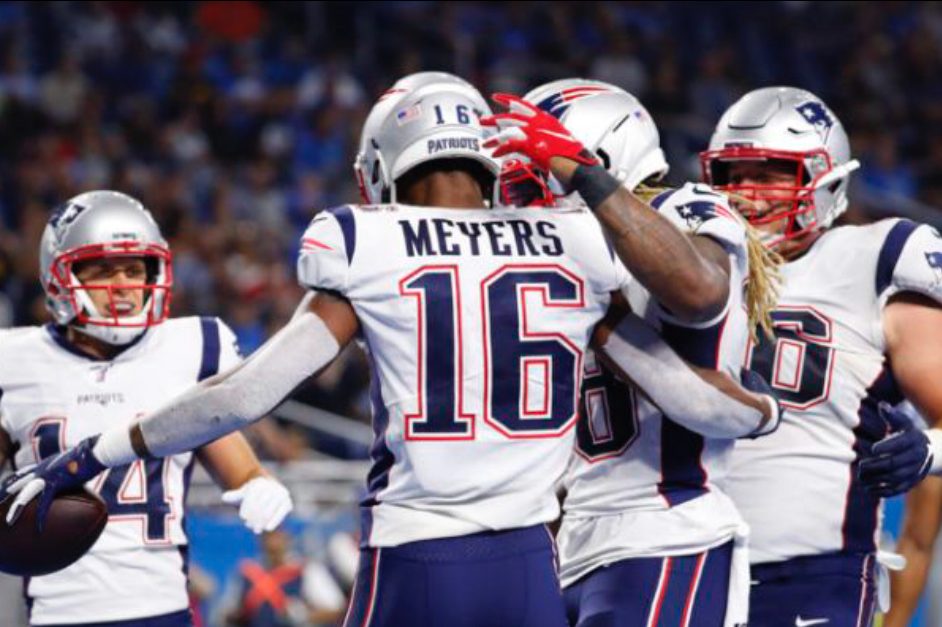 We’re halfway through the NFL Preseason, but if you know anything about the fantasy community, you’d know they’re overreacting as if it’s the middle of the regular season. Honestly, I wish I could say I don’t do the same. I constantly find myself bumping players up my dynasty ranks with one impressive preseason play, just to remind myself 10 seconds later that I need to keep a level head and not overreact. But this is easier said than done! Tracking preseason games can be fantastic for dynasty owners that react accordingly to big plays or impressive stat lines, but it’s easy to let the hype train cloud your judgment. Which is exactly what I’m here for.

I took every top performer from this week of preseason football and sorted them into one of two groups. If I thought the player was already owned in nearly all dynasty formats, I listed their names in the following paragraph. If the player could possibly be on dynasty waiver wires (assuming 30 roster spots), they’ll be sorted into one of the following categories: “Add and stash”, “add and sell high”, or “leave on waiver wire”. If I didn’t include a player that you were hoping I would, feel free to slide into my Twitter DMs (@DynastyFF_KyleM) and I’ll be happy to give you my thoughts on that player. Enjoy!

Scott received some hype entering the league as a rookie, and he’s bounced around from team to team since then. Despite his impressive preseason performance, this Philadelphia RB group is simply too crowded to support another fantasy-relevant runner.

In last week’s edition of this article, I stated that I expect Elijah McGuire to be the direct backup to Le’Veon Bell, with Montgomery filling the “Swiss army knife” role in this Jets offense. However, recent reports make it seem as if McGuire is on the roster bubble, leaving space for Montgomery to potentially make a fantasy impact in 2019.

Ollison has been hyped up as the potential backup to Devonta Freeman due to his strength as a between-the-tackles thumper, but this running back group is simply becoming too crowded to determine which one will separate themselves from the pack. If you can find a dynasty owner that’s convinced Ollison would become the lead back if Freeman were to go down with an injury, I’d suggest that you sell this hype.

Unlike Ollison, Smith is less of a thumper and more of a pass-catching RB out of the backfield. However, his situation is similar to Ollison’s. If you can find an owner in your league that believes Ito is the clear-cut RB2 in Atlanta, flip him for a profit.

Lazard received some buzz coming out of college, but ever since he went undrafted, he’s been widely ignored by the fantasy community. Although he landed in a prolific offense with Aaron Rodgers at the helm, I don’t expect Lazard to carve out a significant role on a team with such a crowded group of receivers.

Unlike Lazard, Kumerow has been receiving some hype in the dynasty community after being talked up by Aaron Rodgers. I don’t believe that Kumerow carves out a significant role in this offense, but I do think that now is the perfect time to capitalize on the hype.

Moore has been a relatively hot name in dynasty circles over the past few years, but with the new additions to the Ravens offense, I’m not confident in Lamar Jackson’s ability to spread the ball around enough to make a non-starting WR relevant from a fantasy perspective.

With Andy Dalton potentially on his way out of Cincinnati after this season, the rumor is that they may be targeting a top QB in the 2020 NFL Draft. However, what if their quarterback of the future is already on the team? Finley was nearly perfect in this preseason contest and he should get plenty more opportunities this preseason to put pressure on Andy Dalton.

Between Josh Malone, Auden Tate, and Stanley Morgan, I simply don’t see a way for Willis to separate himself from the pack and lock up WR3 duties in Cincinnati while A.J. Green is on the shelf.

We’re two weeks into the preseason, and Davis has only caught two passes. However, it also happens that each one of these passes went for 45-plus yards and a touchdown. Despite the top-tier athleticism and big-play ability, I still don’t expect Davis to separate himself from the rest of the bench receivers in Washington.

After being selected as Mr. Irrelevant in the 2019 NFL Draft, Wilson was written off by the majority of the dynasty community. However, at 6’4” and 240 pounds, Wilson’s 4.56 40-yard dash time makes him a temping stash in the off chance he’s able to establish himself as Kyler’s TE1.

Beasley and his designated slot role may not provide mouth-watering upside due to Josh Allen’s desire to consistently throw deep. However, every quarterback needs a safety blanket, and it seems that Beasley is Allen’s.

After the recent report that the Panthers coaching staff is interested in reducing Christian McCaffrey’s goal-line touches, I wouldn’t be surprised if they choose to mix in Scarlett a bit more on early downs and in the red zone. In case something happens to McCaffrey, Scarlett is worth a stash.

I don’t typically find myself enamored with late Day 3 prospects, but here we are. Wims has all the traits necessary to be a contributing receiver at the NFL level, but he’s lacking opportunity. When considering the injury history of both Allen Robinson and Anthony Miller, Wims seems to be a worthwhile stash.

Every Saquon Barkley owner is searching for his direct handcuff in case he suffers an in-season injury, but I’m not sure Hilliman is anything more than a flash in the pan. Keep an eye on him in case he separates himself from the bunch, but I’d consider that unlikely for now.

Coming off back-to-back productive preseason contests, Ogunbowale is making a name for himself in the Tampa Bay running back room. However, he still hasn’t done enough to jump RoJo or Barber on the depth chart. I’m keeping him on my watch list for now, but if he puts up another impressive stat line next week, he’ll be someone I’m looking to add.

Two weeks in a row, Hudson has scorched the competition. However, when considering the likelihood that an offense will be able to support three tight ends, it’s clear that Hudson would require multiple injuries to become fantasy-relevant.

It seems as if Dontrell Hilliard has been the Browns RB receiving all the hype as of late, but here comes Johnson out of nowhere. With Hilliard having seemingly secured backup duties and with Kareem Hunt returning mid-season, Johnson is nothing more than a player to keep an eye on.

Cain has struggled with injuries in the past, but when healthy, he’s a solid weapon in one of the most prolific passing offenses in the league. He provides immediate upside if there happens to be an in-season injury to one of the starting receivers in Indy.

If Meyers is still sitting there on your dynasty waiver wire, it’s time to make a move and scoop him up. However, I’m finding that the hype with Meyers is getting a bit out of control, especially with Josh Gordon set to take away snaps. Don’t force him off your roster, but test the market and see if you can find a league mate willing to buy high on the hype.

Despite the impressive performance from Howell, the path to fantasy relevance in that Houston backfield is simply too unclear with the recent addition of Duke Johnson.

Ozigbo’s impressive skill set was on display in this contest, but it’s difficult to envision him carving out a significant role behind both Alvin Kamara and Latavius Murray on the depth chart. However, when taking the prolific New Orleans offense into account, Ozigbo is certain to be a hot waiver wire add if either Kamara or Murray go down with an in-season injury. Toss Ozigbo onto the end of your bench, and you’ll find yourself one step ahead of your league mates.

Boone has been extremely solid thus far in the preseason, and it may appear at first glance that he’s locking down the RB2 role in Minnesota. However, I’m still betting on Alexander Mattison and his Day 2 draft capital to secure that backup job, making Boone nothing more than a depth piece.

Despite this wildly efficient performance, there are simply too many talented RBs on the San Francisco roster to ensure that Mostert will even be active on Sundays.