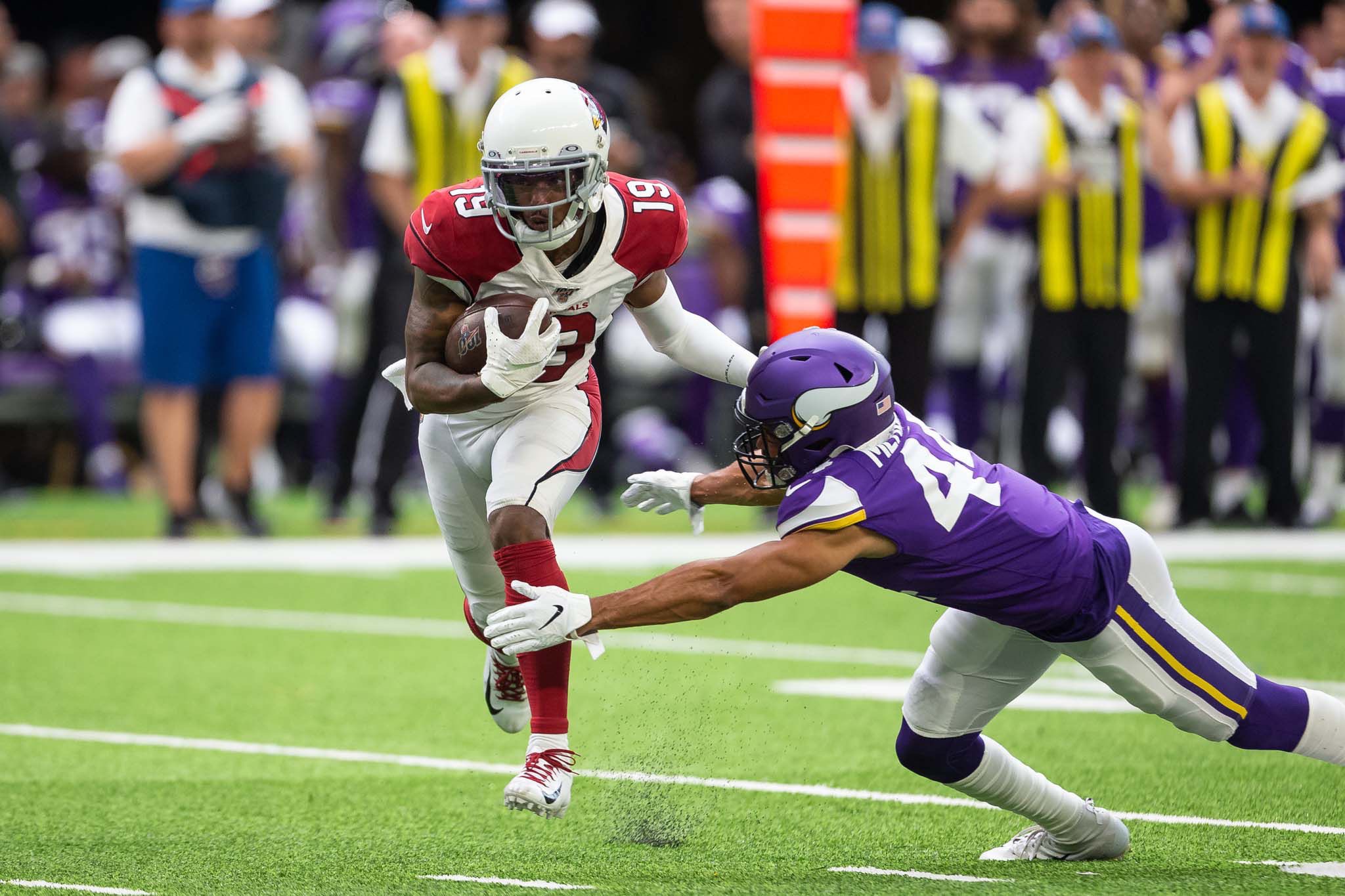 It’s safe to say that Week 3 of the NFL Preseason was a roller coaster of emotions for the fantasy football community. One minute we’re all watching Patrick Mahomes toss 60-plus yard touchdowns on perfectly executed wheel routes, and the next minute we all receive the notification on our phones that Andrew Luck has officially retired from the NFL. Flash forward five more minutes and we find out that Lamar Miller tore his ACL and is out for the 2019 season. In situations that lead to a rush of different emotions, it can sometimes be difficult to react without overreacting. That’s what I’m here for.

I took every top performer from this week of preseason football and sorted them into one of two groups. If I thought the player was already owned in nearly all dynasty formats, I listed their names in the following paragraph. If the player could possibly be on dynasty waiver wires (assuming 30 roster spots), they’ll be sorted into one of the following categories: “Add and stash”, “add and sell high”, or “leave on the waiver wire”. If I didn’t mention a player that you were hoping I’d include in this article, feel free to slide into my Twitter DMs (@DynastyFF_KyleM) and I’ll be happy to give you my thoughts on that player. Enjoy!

After landing in one of the most crowded running back corps in the NFL with later-than-expected draft capital, Anderson was cast aside by the majority of the dynasty community. However, with Gio Bernard’s free agency looming, we could see Anderson sliding into the “Joe Mixon handcuff”  role sooner rather than later.

Willis has put up back-to-back impressive performances this preseason, and he’s certainly taken the Bengals front office by notice. He was recently announced as the starter for the season opener, meaning that Willis could provide value as the potential WR2 in Cincinnati with A.J. Green on the shelf.

Ollison continued his relatively high preseason usage, topping 40 yards on the ground in his third consecutive game. However, if you can find a league mate that believes Ollison will receive the majority of the workload if Freeman goes down with an injury, he’s a sell. While this outcome is possible, that backfield is too crowded and is proving to be impossible to predict.

Meyers has been one of the most impressive offensive players through three weeks, but it’s important to consider the fact that the top three receivers on the New England depth chart have either been extremely limited or inactive thus far in the preseason. I’m not rushing to the trade block to sell Meyers, but if I find an owner that believes he has a shot at dethroning N’Keal Harry as the best rookie WR on the Patriots, I’m selling quickly.

Dorsett hasn’t lived up to his first-round NFL Draft pedigree, but he’s been semi-productive since pairing up with Tom Brady. If available on the waiver, he’s certainly worth a stash in case the Josh Gordon saga takes a wrong turn.

With Sony Michel, James White, and Damien Harris ahead of him on the depth chart, Brossette would need multiple injuries in order to become even remotely fantasy relevant.

We’ve all been down this road before. Floyd provides nothing more than depth in the Ravens wide receiver room, especially after Baltimore addressed this position twice within the first three rounds of the 2019 NFL Draft.

If Gesicki happens to be sitting on your waiver wire, minimize this article and go scoop him up. Young tight ends take time to develop, and while it may not be easy, we must be patient as dynasty owners.

Davis posted one of the more impressive stat lines during Week 3 of the preseason but currently sitting behind Valdez-Scantling, Allison, and Kumerow on the depth chart, the path to targets would require too many injuries.

Ogunbowale didn’t light the world on fire in this contest, but he’s a hot name in the dynasty community right now, so I figured I’d include him in this piece. He’s certainly worth an add after Ronald Jones suffered a preseason leg injury, but the hype seems to be getting out of control. Many are expecting Ogunbowale to seize the starting RB role in Tampa Bay, and I simply don’t see that happening.

If KeeSean is somehow still on your dynasty waiver wire, it’s time to change that. He’s been repeatedly labeled as the best receiver in Cardinals training camp, and he’s building a fantastic rapport with Kyler Murray this offseason. Get your hands on him in dynasty before it’s too late.

Boone has impressed throughout the entire preseason, and while I’m still convinced that Alexander Mattison will open the season as Dalvin’s direct backup, Boone is proving to be worth an add in case he’s able to outplay Mattison and lock down the backup role.

Crockett didn’t necessarily impress with this performance, but I figured he needed to be included after Lamar Miller’s ACL injury. With so much uncertainty in that Houston backfield, Crockett is worth a stash in the off chance he’s able to carve out a significant role in 2019.

Smith has been plagued with injury ever since entering the league in 2015; however, he seems to finally be showing flashes this offseason in Dallas. Unfortunately, Smith is nothing more than WR depth behind at least five other weapons in that Cowboys passing game.

Even if Marlon Mack was to suffer an in-season injury, I’m confident the Colts would turn to some combination of Nyheim Hines and Jordan Wilkins before they decide to hand the reins over to West.

Cain picked up where he left off last week, continuing to show dynasty owners that he’s well on his way to putting his injury-riddled past behind him. The recent Andrew Luck news is obviously not great for Cain’s dynasty stock, but Jacoby Brissett has proven to be more than capable as a starter at the NFL level.

Before the Jared Cook signing, Arnold was an extremely late-round target of mine in dynasty startups. However, despite his impressive performance in his contest, there simply isn’t much value in a backup tight end in an offense that mainly targets two players.

Wilson proved to be a capable starter at times last season and didn’t disappoint in this contest either, but this San Francisco running back corps in the most crowded in the league. Not only is it unlikely for Wilson to make a sizable contribution to fantasy owners in 2019, but I wouldn’t be shocked if he’s cut from the SF roster once Jerick McKinnon returns from injury.

Despite showing flashes this preseason, McNichols is no higher than third on the Tennessee depth chart. Unless something happens to both Derrick Henry and Dion Lewis, McNichols should be ignored in dynasty leagues.