Is Byrd Flying Under the Radar?

Patriots offensive options have seemed underwhelming, but maybe Byrd is ready to take flight. Take a look at some features of his game with @FFB_Vern. 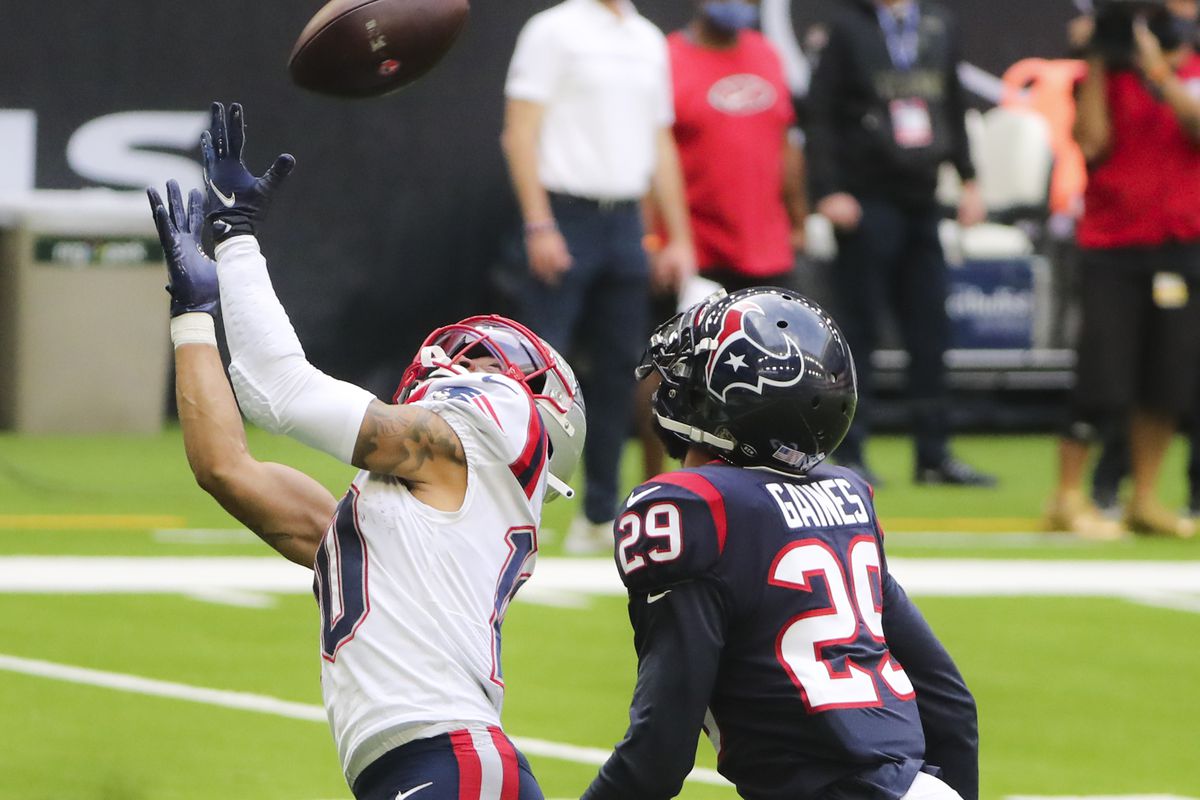 The upside of burners like Damiere Byrd is intriguing to fantasy GMs of all types. The potential of starting one of the fastest players on the field can be a boon to our weekly score when projected to trail. Speed, while exciting, cannot be the only feature a receiver brings to the field. What else does he offer? Is it enough to warrant an acquisition for your dynasty roster?

However, dynasty GMs will look at Byrd’s history as a five-year veteran and dismiss him quickly. He has only 14 total career starts: three in three years with the Panthers and three with the Cardinals in 2019. So why on earth should we consider him now? He is way beyond the typical third-year breakout, so what are the chances he provides any value now?

The value one can get from a 27-year old wide receiver is low from the perspective of common dynasty convention. But this is 2020, a dumpster fire of a season with players unexpectedly turning in single-game absences due to COVID-19 exposure and increased frequency of injuries due to lack of typical off-season conditioning. Why not have some upside within your depth? Can Byrd provide that upside? Let’s see what Byrd can offer.

With a measured speed of 4.28 on grass, running Go routes is great, but we want to see him utilize that speed to open up opportunities in the field’s short and intermediate areas.

The mere knowledge of a receiver’s speed can produce an exaggerated effect. We can see in this play against the Chiefs how the cornerback (bottom of the screen) bails as soon as Byrd gets into his blind spot. Byrd doesn’t even accelerate at a high rate, yet the corner is convinced he is going deep when Byrd leaves his peripheral vision. Attacking the blind spot is a consistent theme in Byrd’s tape, evidence of attacking the route with a plan.

When speed receivers show that they can recognize and attack zone coverage, ensure that you pay attention. Remember how we just saw Byrd (bottom) attack the blind spot? Well, we see it here again just as he gains depth beyond the hook defender. Attacking the blind spot while throttling down in the soft spot in the zone makes for big plays like this one.

An area we should continue to examine is how he deals with Press coverage and the jam. Smaller receivers like Byrd (5′ 9″, 180 lbs) are subject to being bullied at the line to throw off the timing of the quick game. He does well to clear the jam and release into his route, winning at the sticks. Again, we need more evidence that he can deal with the jam consistently. If he continues to prove his ability in this area, it’s a sure “stock up” for me.

An Area for Improvement

I would be remiss if I didn’t share this one thing that bothers me in any receiver. When Byrd attempts sharper cuts as required on Dig, Out, Curl, Comeback, and Hitch routes, he tends to “sit back” instead of using an exaggerated step with the acute torso angle to initiate deceleration. This is important to remain explosive as one enters the break of these routes.

His speed masks this habit. We saw it on the play above and we also see it here below. Even though this play is successful, it is something that will stick in my mind. Watching his tape in the coming weeks, we should look at any of these routes where he was unable to separate. If it’s due to a lack of explosiveness out of the break and he is “sitting back” to decelerate, this should impact how we view his overall upside.

To Buy or Not to Buy

Based on his recent outings against the Texans and Jets, we may be encouraged to buy. We all know these two defenses are terrible, which causes us to question recent production. He had a few high-target games earlier in the season against Kansas City and Seattle. Of those two, only Kansas City is top-10 in passing defense (passing yards yielded).

Succeeding against Kansas City is encouraging (ten targets, five receptions, 80 yards), but he only has one TD on the season, which gives pause to his real upside. Is he worth buying?

If you are playoff-bound, then Byrd is absolutely worth having in your WR corps. For those who are unfortunate enough to start playoffs or have a “win-and-in” scenario in Week 13, he may be just what you need! That week robs us of receivers like DJ Moore, Robby Anderson, Curtis Samuel, Mike Evans, Chris Godwin, and Antonio Brown. Byrd, who has had four games with seven or more targets, would be a nice substitute for that week.

Beyond 2020, Byrd may have no value. His budding chemistry with Cam Newton may be for naught. At the same time, there is a chance that New England likes what they see in Byrd as a deep threat moving forward. That possibility is worth a low-cost acquisition.

Speaking of value, DynastyGM has Damiere Byrd as having no value at all. Age and lack of historical production are predictably keeping his value non-existent. This means you may be able to buy him for a fourth. When is the last time that a fourth-round pick actually helped your team in the closing weeks of the season? The skills are there, production and opportunity are up, and most are not even considering it, so why not at this point?

Keep following me @FFB_Vern for more of my takes and views on dynasty and players alike. Until next time!