Is Cam Akers Breaking Out?

What should we believe about Akers’ recent performances? @FFB_Vern shares his insights from Akers’ latest outings compared to his draft evaluation. 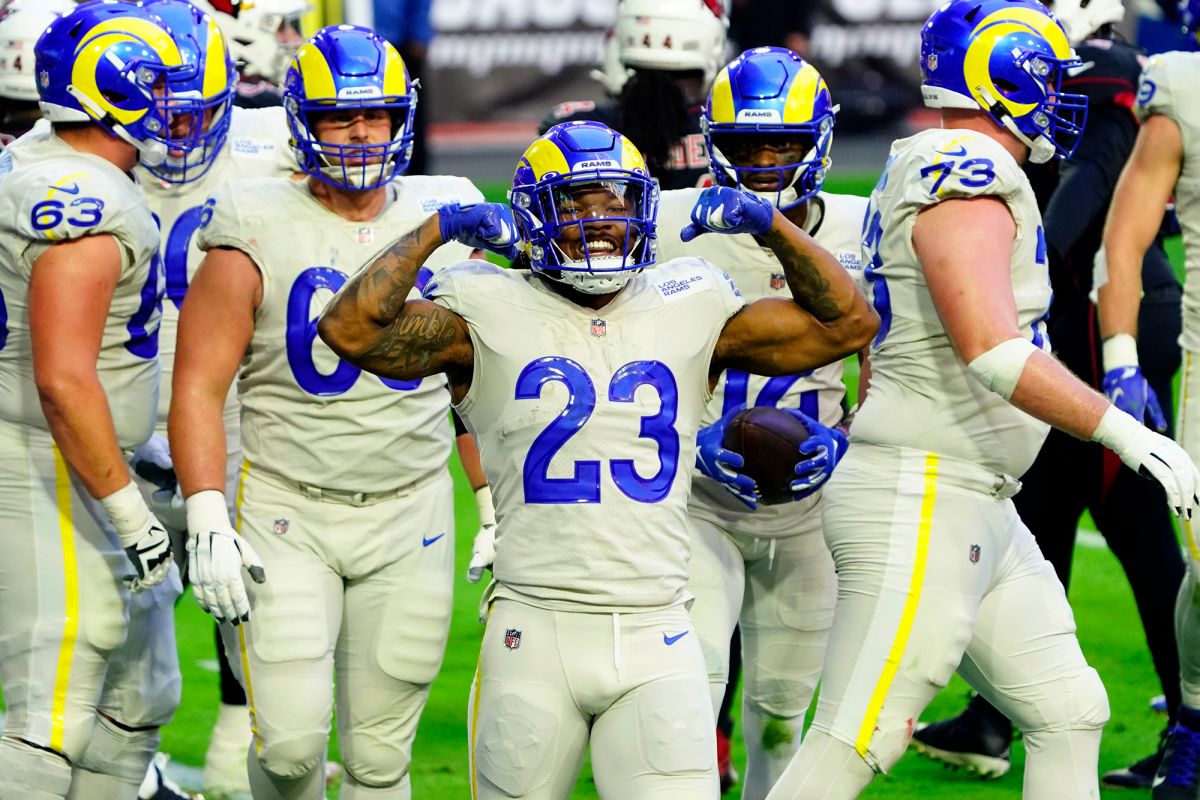 It took some time, but my prediction of this being a great fit pre-draft is starting to gain traction. If you drafted Akers, your patience was tested. But, here we are, and your draft investment is beginning to pay off. At least that is the way it appears. What portions of Cam Akers‘ game are translating from college to the pros? Is there enough there for long term confidence? Let’s look at a couple of plays to see just how bright Akers’ future might be.

One of my biggest concerns about his transition to the NFL was related to his decision-making. During his time at FSU, he developed some poor habits due to playing behind one of the worst offensive lines in 2019. The worry was that his experience would manifest in trust issues with his offensive line. Given NFL speed, we might expect bad habits and questionable decisions to increase in frequency. However, Akers seems to be adjusting quite well in this area.

On this play against New England, we see some poise, patience, and burst. The play was simple, and it was well-blocked, but there are two things I like. His patience to press the line of scrimmage is desirable, and he also uses the hop-step technique. This hop-step (similar to a split-step in tennis) allows a player to stay in motion while providing an extra half-beat for defenders to declare a direction or allow blocks to develop. This is a technique that Le’Veon Bell mastered during the elite portion of his career. Akers is not there yet, but still a good indicator I want to see more of moving forward.

I am hoping we get to see Akers continue to build onto his portfolio in #NYJvsLA tomorrow. Gotta like what we have seen recently. Like this one: pic.twitter.com/w3UYi6cRgZ

This next play shows more evidence of Akers patience and his schematic understanding of this specific play. Notice the choice highlighted in this clip. Young running backs have a higher tendency to be tempted when unexpected holes open up and/or bounce outside when the trenches appear ugly. It seems that he didn’t take the bait and was patient enough to allow further blocks to develop. This is uncommon in rookies, but again, we need to see a trend in these types of decisions.

Another one I took the time to break down is this one, which shows a level of schematic understanding that is hard to expect from young RBs…. pic.twitter.com/svytnXaB6G

In the above play, he shows a tendency that I want all my running backs to have: maximizing space. He trades paint with the right tackle as he burst through the hole. He continued to show this against the Jets (below) last weekend. Akers understands the value of maximizing space in the gap. In my draft profile of Akers, this was an area that required improvement. We see that here.

Akers’ athletic ability and footwork raised his stock as he crushed the ‘Duce’ drill at the 2020 combine. We have seen evidence of that in the previous two plays, but it really stands out on this play. This 1st & 10 run was the result of good run blocking, over-aggressive defensive linemen, and a key second-level block. Akers’ anticipation at the second level with his open field juke of the free safety was key to this play. These types of abilities will unlock his game moving forward.

While this one should be taken with a grain of salt (over-aggro d-linemen at POA) we still see his athleticism and footwork. Assuming these things continue to trend positively, Akers may turn out to be one of the best backs in this class. pic.twitter.com/ddgIOwXDh2

Here is some more evidence of that footwork. While this play wasn’t as explosive, it still shows how he can keep the play alive with his feet. Moving laterally like this is a nice ability to have to skip gaps and change direction.

Akers has the Seahawks and Cardinals left on the schedule, ranking 6th and 17th in YPC allowed, respectively. With the Rams running a high frequency of Gap and Outside Zone runs, we need to look at how they match up with these two opponents. Using the RBV formula for success rate (which accounts for chunk and explosive plays in the run game), we can generate some expectations for how Akers could finish the season.

Seattle yields the highest success rate to Outside Zone at 55% and the 10th highest success rate to Gap plays (58%). We could expect an explosion from Akers in Week 16. The Cardinals perform well against Outside Zone (34%) and are middle of the pack versus Gap scheme (50%). People may stop paying attention in Week 17, but we should value a high-end outing from Akers with some extra weight. Like Week 16, it’s a division game, which is typically a tougher matchup, and it could have playoff implications.

Unfortunately, we will miss Akers in the tasty looking matchup against Seattle due to a high ankle sprain. I will be keeping a close eye on the Arizona game, which still has shootout potential, and we really need to see if he sees more passing-game usage. His athleticism and ability in space is dangerous and should be a staple of his game. Akers could very well be a top-three back in the 2020 class. His skills from college are not only translating; they are improving. A nice close to the season for Akers should give us confidence for the three-year window. I will be following closely, and you can follow me @FFB_Vern for further insights on Akers.