With all the changes happening in Detroit, is D’Andre Swift’s stock on the rise?! @FFEvanlution takes a look at his potential for 2021! 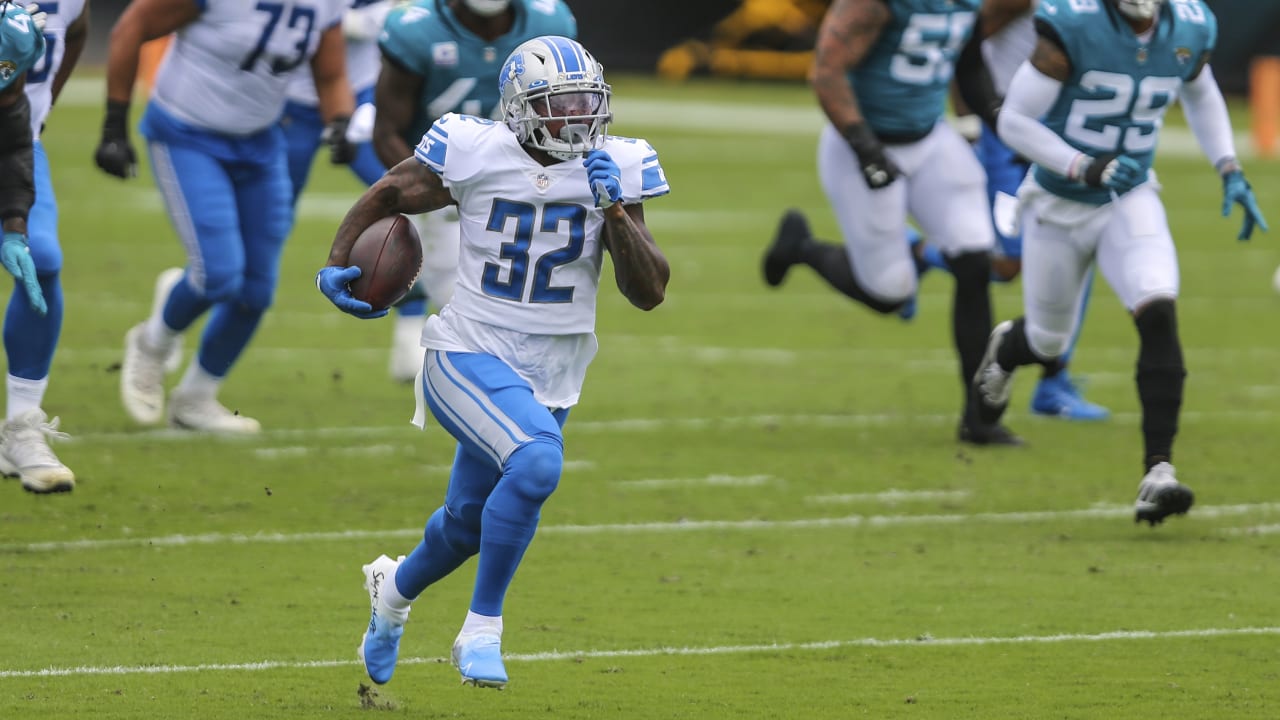 As Little Richard would say, there’s a “Whole Lotta Shakin’ Goin’ On” in Detroit these days. A new head coach, a new quarterback, a new offensive coordinator, and some extra draft capital are just a few of the adjustments we need to get our heads around this offseason.

What does all this mean for Mr. D’Andre Swift? He finished a turbulent rookie campaign as the RB18 in an average ppr scoring league. Does his stock improve or take a hit with all these changes?! Let’s take a look!

Meanwhile, Dan Campbell was (apparently) pretty darn good at his job as assistant head coach and tight ends coach over in New Orleans. He was ordained head coach and supreme leader of all knee-cap biting Lions for the next six years! Congrats!

Anthony Lynn was then officially hired by “The Dude” to be the offensive coordinator for the Detroit KneeCappers.

Wow, that’s a lot of changes, but time to get down to business, right?

The new regime proceeds to immediately part ways with the living legend St. Matthew of Stafford for one Sir Jared of Goff and his ridiculously obscene contract (while also gaining two first-rounders and a third-round draft pick to sweeten the pot.)

Here we are today, discussing the value of one D’Andre Swift running back for the Detroit KneeCappers….er, I mean Lions.

When you listen to Campbell’s introductory press conference as a Lions’ head coach and get past the biting of knee caps, there are some genuinely tantalizing tidbits that I want to discuss.

Firstly, let’s not forget where he has been for the last several years. Dan has been soaking up strategy in the Big Easy under one of our generation’s greatest offensive-minded coaches. It would seem that Sean Payton’s tutelage has not gone to waste either.

The new head coach made no secret of his Payton-esque influences, describing his philosophy as wanting to put “our best” on “your worst,” i.e., proactively looking to create mismatches as they did in New Orleans. He alluded to intentionally finding ways to utilize his players best traits, NOT force them into a one size fits all approach. Very exciting when we are talking about a player as naturally talented as D’Andre!!! While discussing implementing his football philosophy this off-season and bringing in a new offensive coordinator, he directly mentioned Swift and getting him more involved in the passing game, again music to my ears!

To be clear, I don’t think Kamara is the most talented running back in the NFL. What makes him so incredibly valuable for fantasy is his regular and heavy workload in the passing game within Sean Payton’s scheme. I think Swift is a more talented pure runner than Kamara. If you tell me a more talented runner will get a heavier workload while also getting a Kamara-like target share of the passing game, sign me up!!!

Anthony Lynn is the man tasked with getting Swift “in space.” So what does he bring to this gig? He was a running back himself when he played ball. He has coached running backs for years. The last time he was an OC was for the Buffalo Bills in 2016, when they were the top rushing team in the NFL that year, averaging over 160 yards per game! Lynn tends to be run-heavy in his schemes, and that sounds like it will fit right in line with what Campbell wants to create in Detroit.

Let’s not forget, as a head coach with the Chargers, Lynn had a great pass-catching back at his disposal over the last couple of seasons in Austin Ekeler. Ekeler received over 100 targets in 2019, and in only ten games in 2020, he was on pace for over 100 more!!! I think Lynn will have no problem finding ways to get the ball in Swift’s hands both on the ground and in the passing game.

I’m not saying it is a sure thing; in dynasty, just like in life, there are very few sure things. Our job is to get out ahead of value changes before they are consensus. That is how you maximize profit on your dynasty trades. Seeing what Dan Campbell has said, where he comes from, and the staff he is putting around him makes me very excited for D’Andre Swift’s future. People like to argue that opportunity is king but what if you have both opportunity AND talent?!

Kenny G is a free agent this offseason, so is Danny Amendola. The only reliable pieces that the Lions have for sure to build around at the moment are Goff, Swift, and Hockenson on offense. We will have to see what the draft and free agency brings, but given the team’s state, I would be shocked if they prioritize another running back with any high draft capital or big money contract when they have so many other holes to fill.

If we have a quick look at the dynastyGM tool and compare Swift to Mr. Kamara, we can see that there is still a pretty significant difference in trade value. Potentially even more so than expected based on the perceived “downgrade”, he is receiving at quarterback along with the unknown of an unproven head coach.

What could you potentially get in a trade then?

I would draw from this that you could acquire Swift for significantly less than his potential value right now in the open market. According to dynastyGM, you could quite likely trade for Swift and a mid to high 2021 1st for Alvin Kamara right now. Maybe even a little sweetener on top!

It depends on how you play dynasty and what you believe about the information we have just discussed, but, I for one, would love to get Swift + a high 1st in this talented rookie class for Kamara. I could easily see a future where Swift is a top 3-5 back this time next year and would cost you multiple firsts even to get in a trade conversation.

Getting younger at the RB position is always a good idea in dynasty since they tend to have such a short window of elite production in the NFL. I would project Swift to have a killer 2021 season, and if you can get some shares, I would pull the trigger, especially if they come with any Dan Campbell discount! Tools like the DynastyGM are super helpful to get your creative juices flowing when looking at potential trades you can work on over the next few months. Remember, there is no off-season in dynasty!!!

Thanks for taking the time to read; I hope you found it helpful. If you wanna chat about anything in the article or chat fantasy football in general, hit me up @FFEvanlution on Twitter!