HOLD UP! Is Josh Allen actually good, or is it an illusion?
@DynastyJon explores the Bills QB and whether he’s overvalued in dynasty rankings! 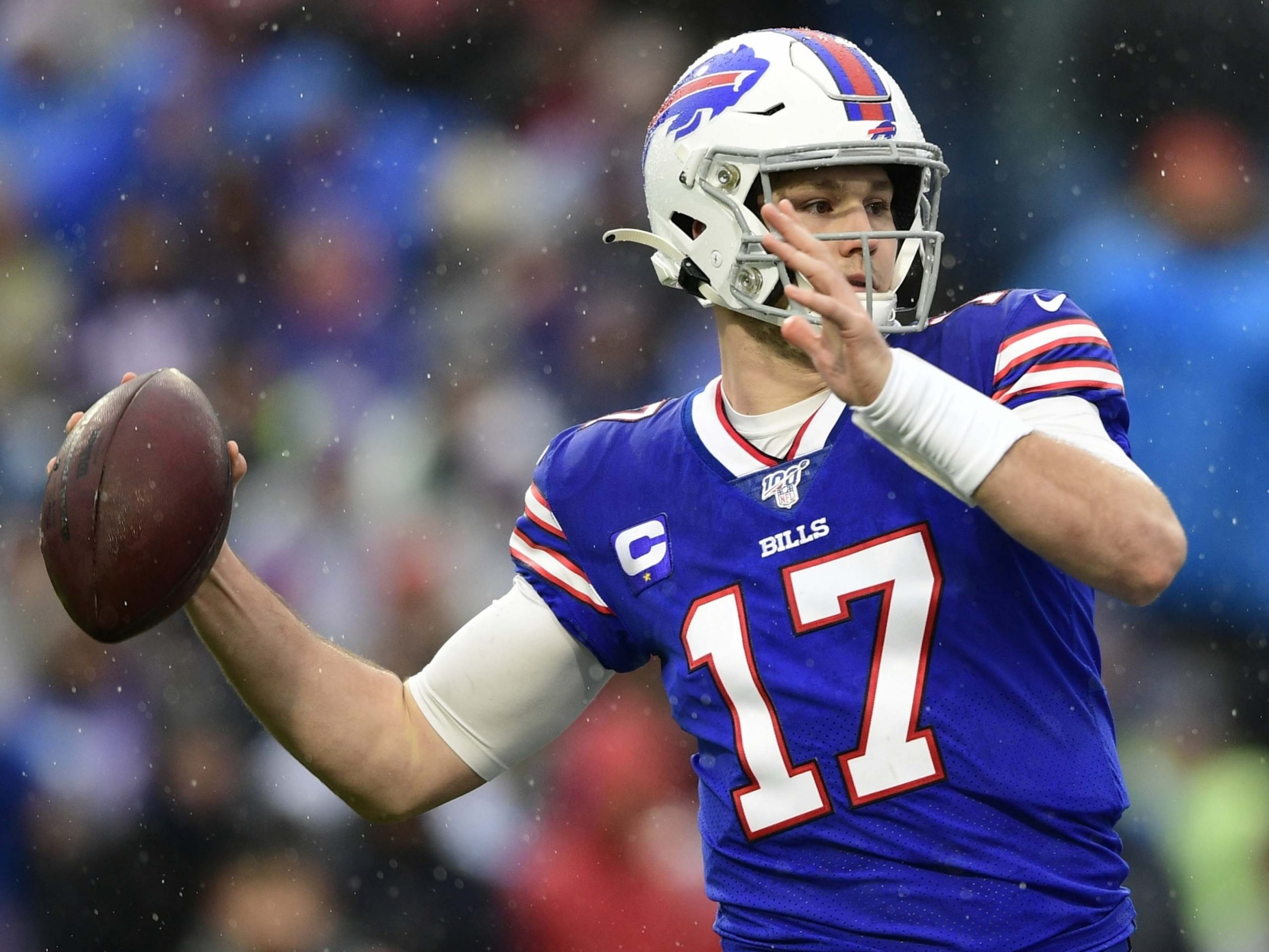 For the record, I actually kind of like Josh Allen. As a Cam Newton Stan, he’s like the second coming of Superman. That said, I wanted to explore this article from a Devil’s advocate perspective. I read a PFF article recently comparing Josh Allen to Mitch Trubisky, and it got me thinking…

I love the way the Bills have built their roster. They have so much talent all over the field, and with Brady leaving the division, their front office may be looking at these next few years as ‘their time.’ Therefore, if they’re not getting the consistency from the QB position that they want, do they look at alternate options to Allen?

If you look at the basic stats, you can understand the concern. Trubisky has a far better completion percentage, Trubisky has a better passing TD:INT ratio, better yards per attempt, and better passer rating. Obviously, what makes Allen stand out is his rushing ability. However, Trubisky also isn’t a slouch. The rushing TD upside has caused a fantasy stock boom for Allen, but with Zack Moss now in the backfield, that may decline.

In 2019, 26% of Allen’s passes were deemed ‘uncatchable’, which ranked dead last in the NFL for QBs with 200+ pass attempts. The Bills also ranked 23rd in yards per passing play.

Allen attempted a deep pass on 19.7% of his dropbacks but only had a 62.9 passer rating on such passes. That ranked 29th in the NFL. He also had a bottom three passer rating against man coverage (63.8); only Derek Carr and Trubisky were worse.

Now, Josh Allen is superb when it comes to intermediate passes. Thus, the easy solution would be to limit the deep attempts and try different throws against man coverage, but we can’t guarantee that’ll happen. None of this is new for Josh. In his senior season at Wyoming, he ranked 86th in adjusted completion percentage among FBS QBs, 68th in deep ball completion percentage, and posted a 56.1 passer rating under pressure.

Flash forward to 2020, and the Bills drafted Jake Fromm. After the draft, GM Brandon Beane announced they hadn’t planned on drafting a QB, but the value of Fromm was too good to pass up. Everyone is likely very aware of the fall of Fromm. From a projected high-end 1st round pick, a disappointing college career saw him drop down draft boards.

A former 5 star/top 50 recruit, Fromm led Georgia to the National title game as a freshman. As a sophomore, Fromm ranked 5th in FBS in passing efficiency and was a Manning Award finalist. He also led the nation in passer rating for deep passes. He had a 134.5 passer rating on throws 20+ yards downfield.

2019 saw a dramatic drop in many passing stats, which caused the slide, but there’s still plenty of promise to his game. He may not have the elite physical tools that Allen has, but he’s a smart, heady QB who sees the game well. He makes smart pre and post-snap decisions, and he’s an intelligent game manager.

If Allen continues to struggle, is it really that farfetched to see Fromm get the reigns eventually?

At the time of writing this article, Allen is ranked as the QB10 on the Dynasty Nerds overall rankings. Is that a little too high given the situation? Are we getting a little too ambitious in regard to his long-term prospects? Only time will tell…..