It’s the Perfect Time to “Buy Low” on Ezekiel Elliott

After a disappointing start to the 2021 NFL Season, Ezekiel Elliott is a prime “buy low candidate” for any contending team. 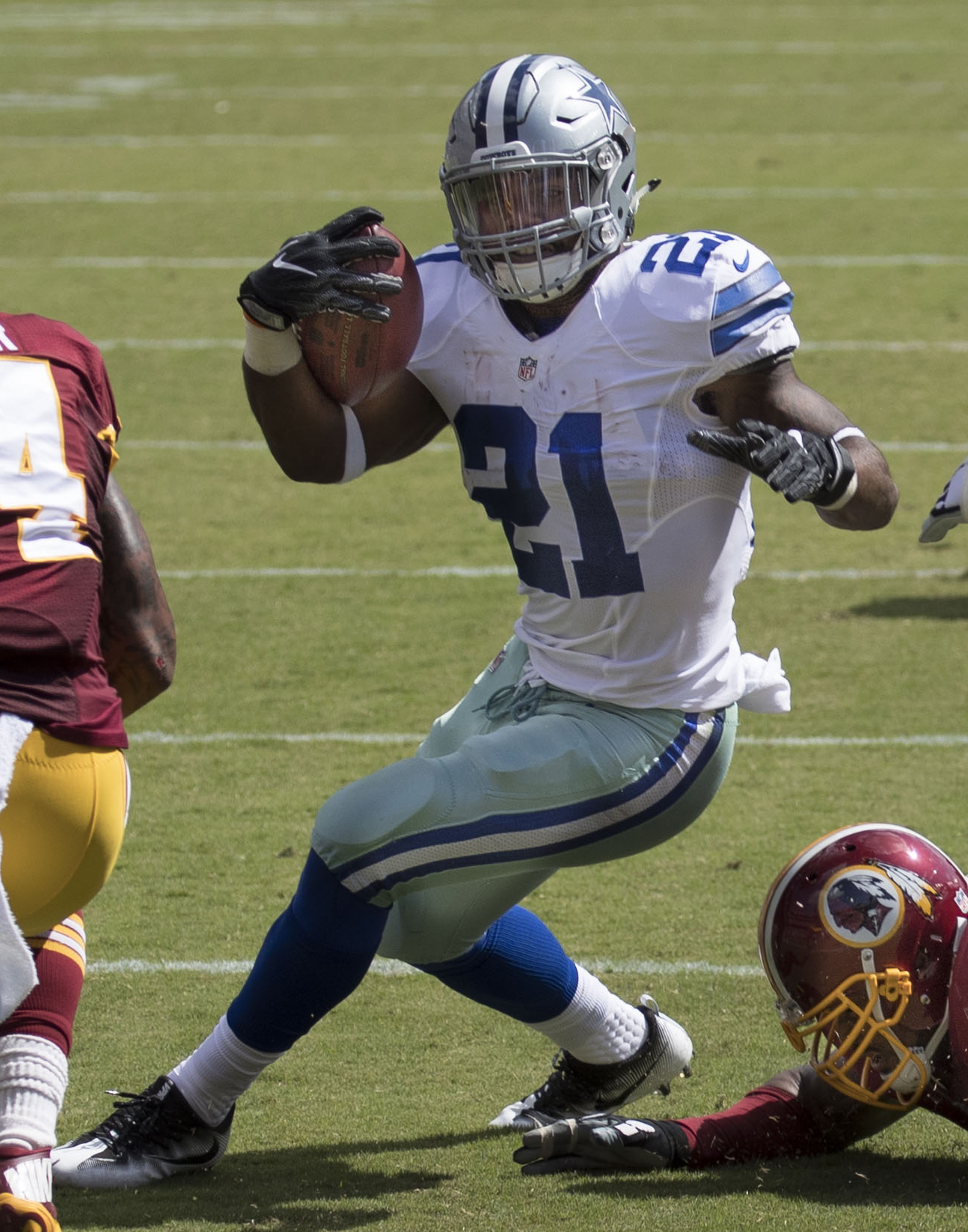 An off-season full of workout videos littered our social media, featuring a slimmed-down, explosive Ezekial Elliott. Many who were ready to sell Ezekiel Elliott, instead, held on to see how he would perform once the games started.

Week 1 would bring the defending champion Tampa Bay Buccaneers and one of the most disappointing performances of Elliott’s career. Elliott rushed 11 times for 33 yards, two receptions on two targets for six yards, and a paltry 5.9 PPR points (second among RBs on his team).

Week 2 brought something of a rebound for Elliott, with the two-time rushing champion rushing 16 times for 71 yards and a touchdown with two catches for 26 yards and 18.7 PPR points. However, he was once again outproduced by backfield mate Tony Pollard (24.5 Points!)

So what do we do with Elliott now? If you didn’t sell before the season, is it time to sell him now?  No. If you don’t currently roster him, it’s the perfect time to put out some offers while your league mates are targeting Pollard and before Elliott inevitably rebounds.

Why Would You Target Zeke?

First, the Bucs allowed the second-fewest points to RBs last season and the least rushing yards. The defense returned all its starters, and it wouldn’t have been a good game even with the best game script and in almost any situation.

The Cowboys were also missing All-Pro Right Guard Zach Martin. The line took a hit before the game, and it showed throughout the game.

Elliott is historically sluggish to start the season but improves as the season progresses. On top of that, Pollard has had strong weeks in years past but has never sustained it. At times, he looks like he could challenge Elliott as the top back. Then, at times, he seems like the backup.

Elliott had a snap share of 84% in Week 1 and 71% in Week 2. This is not a committee. In no small part, due to the substantial edge in pass protection.  Pollard could be more explosive, but opportunity is critical in fantasy. I don’t see Elliott falling below 70% snap share at any point this season.

Using Trades to Gauge his Value

But here’s the real reason: Some players are panicking, and this is a perfect time to buy the dip. Using the Trade Browser in Dynasty GM, I have found actual trades that fantasy players have completed in the aftermath of last week’s games.

In this first trade, a player traded fellow Dallas Cowboy Michael Gallup and fellow disappointing RB Zack Moss for Elliott. Gallup is expected to miss the next three to five weeks with an injury. And Moss, who has been outplayed again by Devin Singletary, for Elliott, who has RB1 upside. Smash accept!

Elliott goes for Reagor (the WR2 in Philadelphia) and a 2022 first-round Pick in this trade. Reagor has promise but has mainly been disappointing up to this point. And the 2022 class is not as strong as in recent years. If I am a contender, I will give that to Elliott ALL DAY.

This one might be my favorite overreaction. Elliott goes for camp darling Marquez Callaway, new Ravens starting RB Tyson Williams, and a 2022 1st Round pick. Two days before ever seeing Callaway or Williams play in actual games. Come on, guys…

This is the last one, and it’s a bit personal because it was my trade. I sent this offer the moment the game ended, hoping to acquire Elliott at his absolute lowest value. Despite his increased role, trading Henderson for Elliott is a no-brainer, and while, generally, I wouldn’t say I like trading away first-round picks, it makes a lot of sense here. In theory, by acquiring a player like Elliott, you are lowering the value of your first-round pick. In my case, if this move helps me move from drafting the top four to drafting from one of the later picks, it is a win-win.

Here’s my final point, if a gamble on Elliott pays off, you can likely take his production and sell him at an equal or greater value in the off-season.  Elliott is a target for trades, especially if you are a contending team.

Are you interested in the trade analyzer you see above? It’s in the DynastyGM!! Rankings, league analyzer, and much more. Just $2.99/month or better yet, bundle with the Nerd Herd for just $4.99/month and get extra podcasts, the Dynasty Prospect Film Room, and more.