J.J. Watt has departed from the Houston Texans organization. Where could this generational defensive player end up playing in 2021? 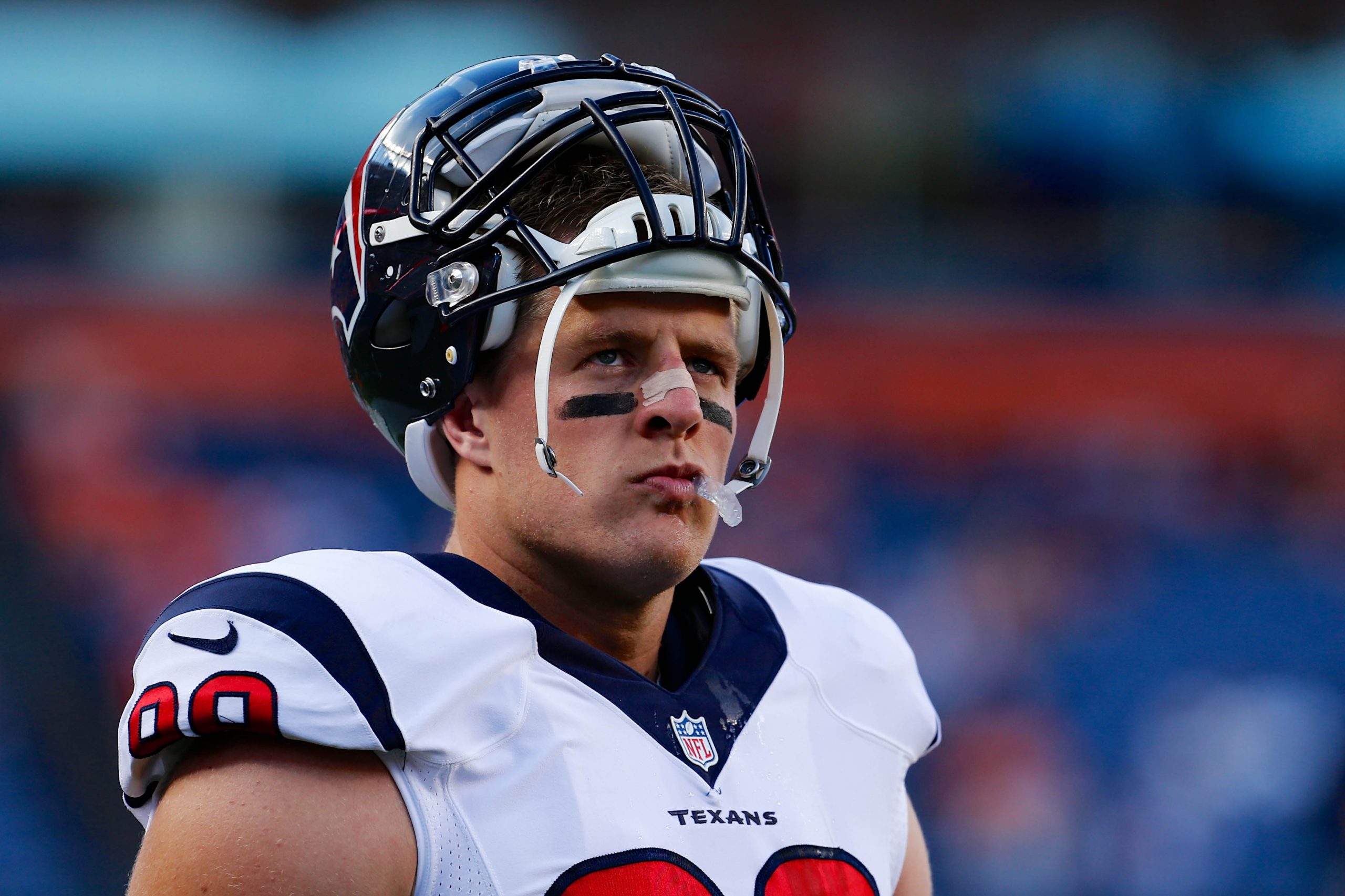 It was announced on February 12 that the Houston Texans intended to release NFL superstar and former 3x Defensive Player of the Year J.J. Watt. It was news the rocked the NFL world and just another L for the Houston Texans organization as a whole.

In his final season with the Texans, Watt didn’t put up his normally prolific sack numbers but he did manage to continue to be a dominant force on the field. Watt scored 26 Impact Plays and scored his 3rd career touchdown. He also put up impressive pass defended numbers in 2020 with 7 in his 16 games played. And of course, as always Watt was one of the higher tackle for loss producers in 2020, tying DPOY Aaron Donald’s season total of 14 TFLs.

J.J. Watt has some lingering injury fatigue that I think gives a lot of IDP fantasy football players pause. To their own detriment. Watt turned in a healthy and active 16 games. He was on the field over 1000 defensive snaps for only the third time in his career and his on-field presence was felt even if the sacks didn’t pile up. And don’t just take my word for it. The “experts” all agree Watts still got it. He was the 7th highest graded edge defender in 2020 per PFF. Grading ahead of some notable young pass rushers like Bradley Chubb and Brian Burns just to name a few.

Reports have already begun circulating that at least a dozen teams have shown interest in Watt since he hit the open market. Including the Bills, Steelers, Browns, and Titans. My personal assessment is that Watt will head to the steel city to play football with his brothers, both of whom currently play for the Steelers. If that were to be the case it would be one of the cooler NFL stories in recent memory as well as be a power move by the Steelers, who lead the NFL in sacks in 2020. Adding a player of J.J. Watts caliber to an already elite defense raises the ceiling of the IDP player around him if that happens.

While the Buffalo Bills enjoyed an extremely fruitful season in 2020, one area the team did lack a little bit was in the pass rush. As a unit, they only produced 38 sacks in 2020. Not terrible but not elite like many other teams that reached the post-season. Jerry Hughes did create a lot of pressures but he’s notoriously known in IDP circles for being bad at actually creating sacks. With Watt, an older player eyeing a championship the Bills present one of the more enticing situations for Watt to consider along with his myriad of other suitors.

The other two teams reported as frontrunners for the Watt sweepstakes were the Cleveland Browns and Tennessee Titans. I think it’s very unlikely that Watt plays for the Titans. In this once in a lifetime opportunity to leave the AFC South, I think he punches that ticket as a one-way ride. The Browns have a history of bringing in high-level players often but because I believe so strongly that J.J. wants to play with his brothers, I think the idea of being in the division playing against them won’t be something he’s groovy with.

Houston, We Have A Problem

The NFL market is always going to be hot for elite players. And for whatever reason, the Houston Texans have done a great job driving those out of the organization recently. DeAndre Hopkins was inexplicably traded away to the Arizona Cardinals the last offseason and since then, the already fraught organization has continued to unravel. While Watt did say quite openly in a video he released on social media that the parting of the ways was mutual and on good terms, the same can’t be said of the team’s relationship with superstar quarterback Deshaun Watson, who has openly expressed wanting to be traded.

While the immediate future is still uncertain, one thing is for certain. J.J. Watt is on a career trajectory that puts him in the conversation as one of, if not the NFL’s best defensive end. His run to date includes 172 tackles for a loss, 101 sacks, 61 passes defended, 25 forced fumbles, 3 offensive touchdowns, 4 defensive touchdowns, and a whole slew of other accomplishments and he’s still going. His IDP prospects for 2021 could be even better than his #9 overall finish in 2020. Don’t sleep on the “old guy”.