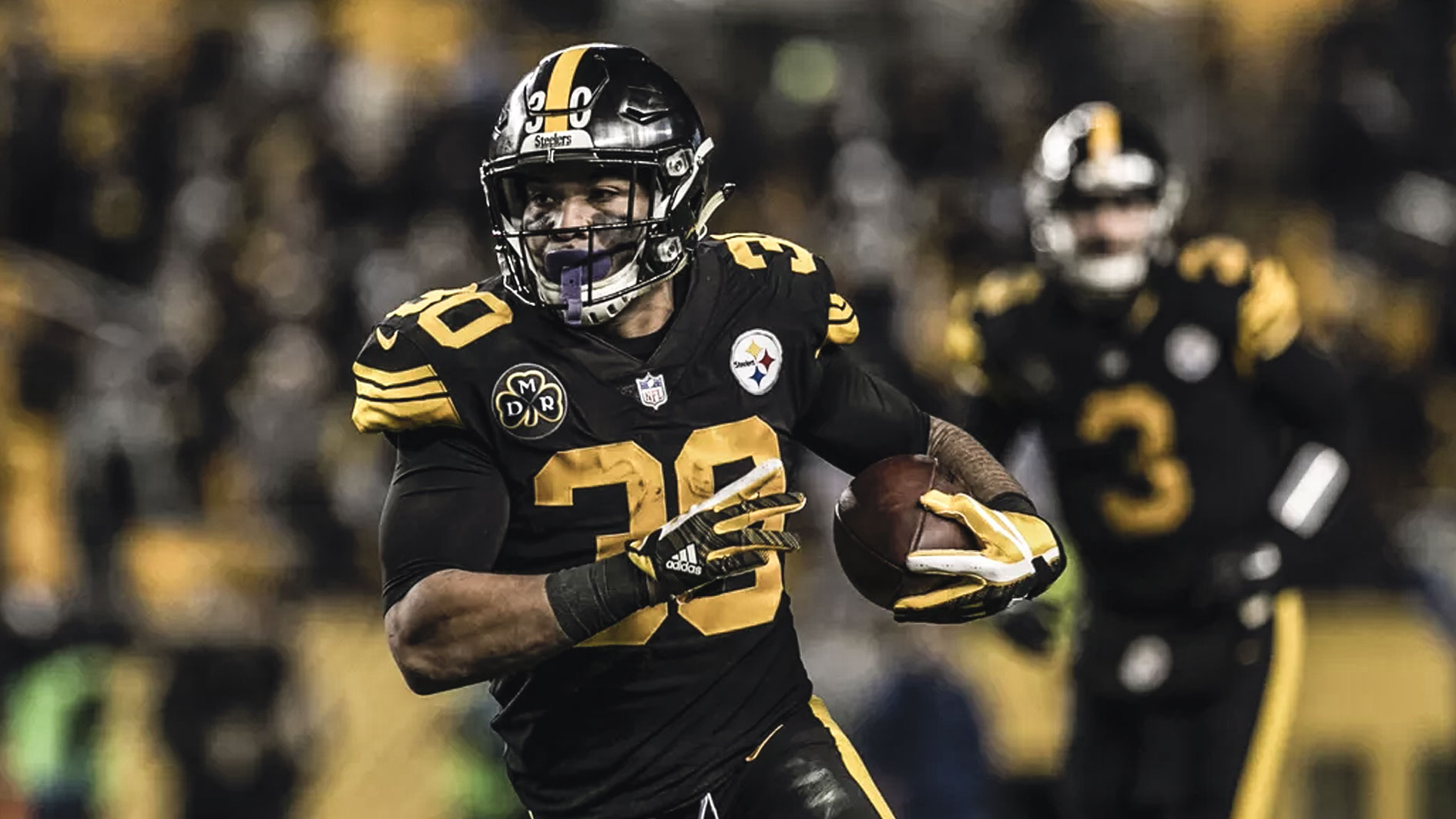 On July 16th, 2018, Leveon Bell allegedly turned down the largest contract in NFL history for a Running Back. He signed his second consecutive franchise tag for the 2018 season, meaning he will likely be bound for free agency in 2019.

That will leave a monumental hole in the backfield of the Steelers, which has been filled by the best back in the league for the last few years. A workhorse in the truest sense, Bell’s touches will leave a large void. Combine that with a strong O-line, dynasty owners should be salivating over Bell’s replacement.

The man currently lined up to fill that void is James Conner. The Pennsylvania native’s story is known by most dynasty owners after overcoming Hodgkin’s Lymphoma and a torn MCL in his days at the University of Pittsburgh.

To begin his college career, Conner was an absolute stud and was being hyped as a Saquon Barkley-esque prospect. In his Sophmore season, Conner had 1,835 yards from scrimmage and 26 TDs…..yep, pretty mind-blowing numbers. After that, he was struck by the health concerns and some people questioned whether or not he’d return to anything close to his previous form. After missing the majority of the 2015 season, Conner returned with a strong season in 2016 (additionally adding a receiving element to his game). A full breakdown of his college stats can be seen below:

The hometown kid and cancer survivor was an instant fan favorite after being drafted in the 3rd round of the 2017 draft. The former ACC offensive player of the year and ACC All-First Team was 2nd among all NFL players in jersey sales following the draft. It’s therefore likely that he will have the backing of the fanbase to be Leveon’s heir.

What I liked most about Conner as a prospect was his ability to drop the pads with heavy momentum and break through a plethora of tackles. The guy is a wrecking ball that isn’t brought down easily. His balance is fantastic, and he runs with brute force. He has strong blocking in the passing game which means he can stay on the field for all 3 downs. Furthermore, in his college days, he demonstrated how easy he found it to find the end zone.

In rookie drafts, James Conner was a 2nd round pick last year. A lot of owners probably drafted him with some expectation that the Leveon Bell situation may result in his departure. At this point, Conner’s value should be shooting through the roof and it seems unlikely that a year from now, Conner will have too much competition for snaps.

Conner currently has a dynasty ADP of 223. It’s likely that his owners have clued into his potential situation and therefore have a more inflated price than that. However, that price can still be quite a bit lower than it may be a year from now. This could be your last chance to purchase Conner at a reasonable price.