We all want the next Shanahan RB! Perhaps it’s not Mostert, McKinnon, or Coleman for the 49ers….
@DynastyJon explains who might be next! 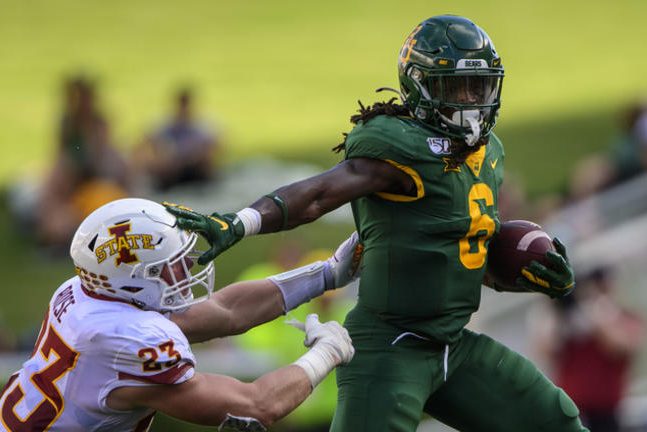 We all covet the Shanahan RBs. Whether it’s Mike or Kyle, the history of success with running backs is unprecedented. From Terrell Davis, to Clinton Portis, to Alfred Morris, to Devonta Freeman; the zone blocking scheme has proved fruitful for fantasy purposes.

Ever since Kyle arrived in San Francisco we’ve been intrigued to see which RB gains his favor. Originally it was Jerick McKinnon, followed by Tevin Coleman and Breida. And now, even Raheem Mostert….6 NFL teams cut before he went crazy in the playoffs.

We enter 2020 with little certainty regarding the 49ers’ backfield. They have not committed financially to any specific player; McKinnon can’t stay healthy, Mostert demanded a trade, Coleman fell out of favor at the end of the season, Breida was traded, and Jeff Wilson is trash. The door is open and there’s a glimpse of opportunity for anyone to steal the job.

The 49ers didn’t draft any RB and didn’t sign a big-name free agent. That has seen the value of Mostert soar, but perhaps the man that takes advantage of the opportunity is UDFA JaMycal Hasty.

Hasty enters the league after 4 years at Baylor. The 5’8” 205-pound RB enters the league as an older prospect at 23-years old, which is likely a factor in his undrafted status. Hasty was a part-time starter throughout his career but has many traits that highlight his potential.

PFF’s Mike Renner compared Hasty’s jump cut to Shady McCoy, and Hasty demonstrated his agility by recording the fastest shuttle time (4.03 seconds) of any RB at this year’s combine. The man has excellent burst (87th percentile burst score), and as soon as he gets by the first tackler, he just soars away. His physique, running style, and quickness remind me of Phillip Lindsay. He also has the same UDFA tag as Lindsay.

Hasty isn’t a locked-in fantasy asset who has a guaranteed shot. That being said, he has a fighter’s mentality and enough athleticism and rushing ability to get an opportunity in training camp.

Given how he’s as close to free as it gets in Dynasty leagues, it makes him a worthwhile deep stash, particularly in 30-man roster leagues. Obviously, if he doesn’t make the roster, it’ll be an instant cut, but I see this as a very similar situation to Lindsay a few years ago. It’s worth the risk!