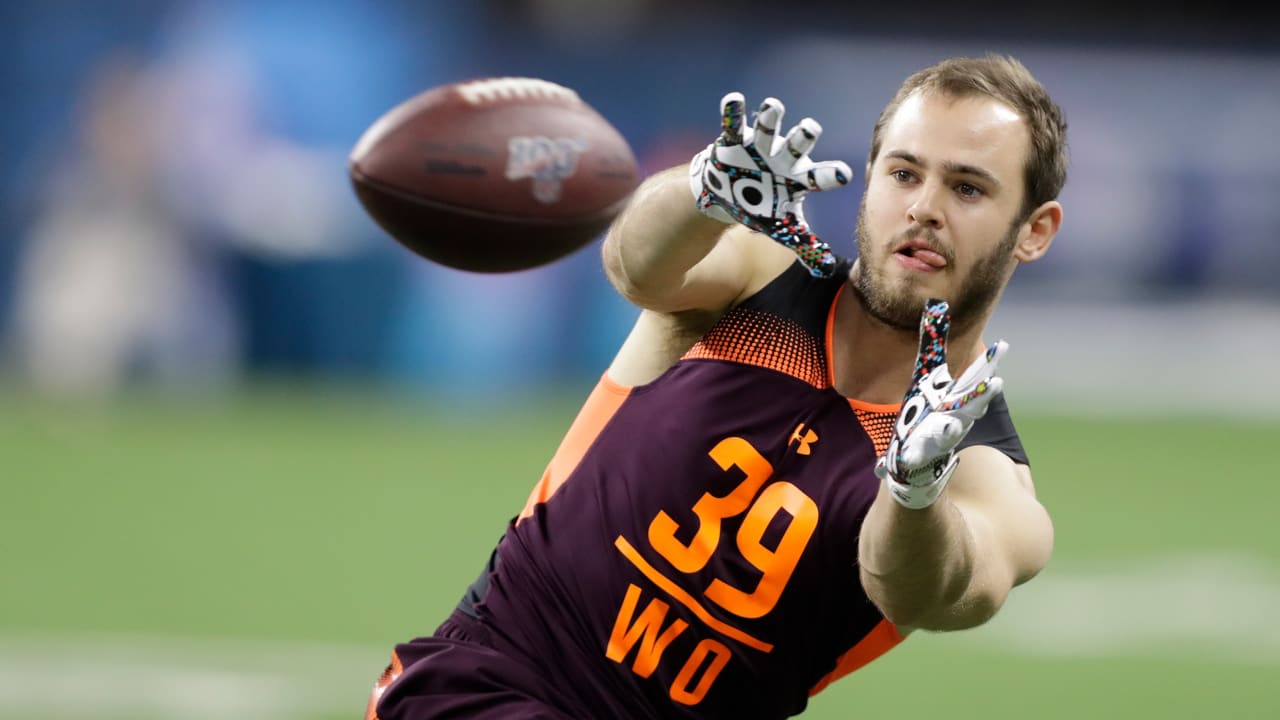 Last year we saw a career year from Jared Cook. In a down year for Derek Carr, Cook became Carr’s favorite check down target and reeled in a team-high 68 receptions, for a team-high 896 yards.

Since then, the Oakland offense has seen a huge paradigm shift. In comes Antonio Brown, Tyrell Williams, and Josh Jacobs. Out goes Martavis Bryant, Jordy Nelson, and of course Amari Cooper’s departure to Dallas. With that being said, it’s fair to expect an uptick in production with improved skill-position players. Additionally, the Raiders added Trent Brown, Jordan Devey, and Richie Incognito, whilst expecting 2nd year leaps from Kolten Miller and Brandon Parker in order to drastically improve their O-line play.

The outside receivers, the Oline, and the Running Back have all seen improvement for the Raiders in order to give Derek Carr a better opportunity. However, there hasn’t been much discussion about how the Raiders plan to replace his favorite target over the middle of the field and on check downs.

With Jared Cooks departure, I have highlighted the likes of Darren Waller and Foster Moreau in previous articles. However, with both being so raw and new, they are most certainly not a sure thing. That leads me to Hunter Renfrow.

For anyone that has watched any college football over the last couple of seasons, you undoubtedly would have seen Renfrow on Clemson during their 2 Championship runs. In Clemson’s first title run in 2017, he was a favorite target for Deshaun Watson, then again in 2019 for Trevor Lawrence. Both outstanding (or soon to be) NFL QBs frequently targeted Renfrow in all kinds of situations. He’s safe, he’s stable, and he’s reliable.

With Antonio Brown and Tyrell demanding a lot of attention outside the hashes, I expect Renfrow to become a substitute pseudo Tight End for the Raiders this year. He’ll become the safe, short to intermediate catching target for Carr over the middle of the field to replace Jared Cook.

By all means, if you looked at Cook and Renfrow, you couldn’t see 2 more different physiques. While Cook measured in at 6’5, 255 pounds, Renfrow measures in at 5’10”, 184 pounds, whilst having toddler-sized hands (7 7/8 inches). His athleticism leads a lot to be desired (16th percentile SPARQ score), but there are some things that can replace that.

His lack of athleticism has caused him to drop on many draft boards. I’ve been in rookie drafts where he has gone undrafted and remains on waivers. It likely was a monumental factor in him falling to the 5th round of the NFL draft too. However, Renfrow is just a good football player. Plain and simple. He runs good routes, doesn’t drop the ball, finds creative ways to get separation, and seems to overcome all odds.

I understand the argument that players with his profile fail to produce regularly in the NFL, but not many of them have his college resume either. I have this gut feeling that he’s going to be a guy that Gruden and Carr both love because of his determination and reliability, which will help a QB who has been shaky lately.

He’s a good athlete (football and baseball recruit) and comes from a football family where his dad was a coach and college QB. At all stages of his career, he has produced and found a way despite his size.

His college stats don’t jump off the page as a Biletnikoff finalist would, but he produced in big moments, catching the game-winning TD in the championship game too. A breakdown of his Clemson stats can be seen below:

The Raiders also acquired Ryan Grant to compete for slot duties, but we saw Grant look terrible with Andrew Luck at the helm last year. So much so, that he was surpassed on the depth chart by Zach Pascal and Chester Rogers….I’m therefore not worried about him as competition for Renfrow for starting slot duties. It doesn’t sound like he’ll play exclusively in the slot as Gruden stated, “He’s going to have to move to the right, to the left, inside, outside, go in motion—do it all.” But, I expect that’s where he’ll predominantly set up. The Raiders were below par in 2018 in 11 Personnel sets. The league average was 64.2% and the Raiders ran 62% of sets in 11. I fully expect them to increase that number in order to follow the trend of the league. If that’s the case, there will be more slot opportunities each game.

I know it’s cliché to say, but he looks so much like a Wes Welker type prospect. Same size and I believe he could have similar value at his peak. I could see 30-40 catches as a rookie for approximately 500 yards. From there, his development could be dependent on the Raiders QB situation. There could also be a window for larger opportunity due to injury. Antonio Brown’s age and frailty will only increase, and I don’t expect Marcell Ateman to step up in that instance.

There are not many rookies who go undrafted in dynasty formats who have similar potential and opportunity as Renfrow. Of course, there are red flags and odds may be stacked, but he’s the type of rookie I’m willing to take a flyer on, on the off chance he becomes a favorite target for his QB. A quote I love regarding the rookie came from Clemson Offensive Coordinator, Jeff Scott. He stated, “Hunter Renfrow came in as the 120th player on the roster & left in the top five. He was really special… You get what you earn. I had a couple of five stars sitting on the sidelines for a couple of years watching Hunter be the best guy.” He just seems to always outperform expectations and I think his attitude will go a long way to seeing snaps early and often.

The Rookie Pick Roller Coaster: When to Buy and When to Sell
Analytics Team 2019 Dynasty Rookie Mock Draft: Rounds 4-5