Jauan Jennings’ Vols career has been overshadowed by issues off the field. Can he overcome them to make a difference in the NFL? 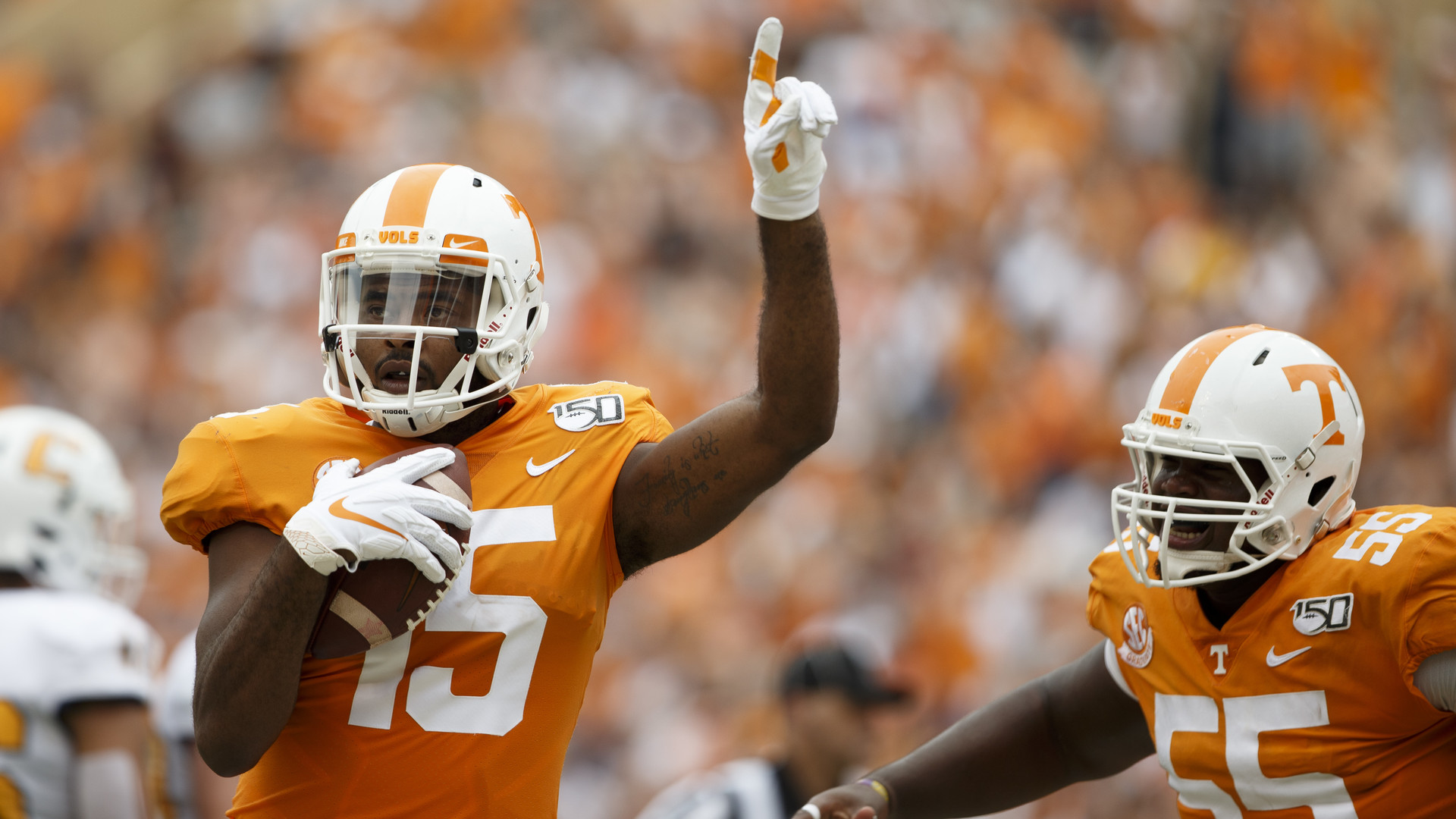 Every single season, without fail, there are men with supreme talent entering the draft, however, they have had their issues and problems off the field. Usually, they’ve had some drug usage, been involved in domestic disputes, or had a conflict with the coaching staff on their team.

Jennings falls into the latter category. He has a myriad of issues that mostly center around conflicts with coaching. At age 14, Jennings was on the Germantown High School basketball team in Memphis. Prior to their state championship game, the team was told to run outdoor sprints by their coach in the middle of Winter. Out of frustration, Jennings refused and quit the team. Fast forward to 2017, and Jennings was dismissed from the UT Vols football program after criticizing the coaching staff and management on social media. The issue arose because the team was holding Jennings out due to a wrist injury, but Jennings wanted to play. Jennings was eventually allowed to rejoin the program after meeting the coach’s requirements. More controversy ensued in 2019, when the SEC suspended Jennings for half a bowl game, due to allegedly stomping on a Vanderbilt player’s face.

His father has stated that “He’s so competitive, and sometimes that gets in his way.” It’s obvious why that pattern of behavior may concern some NFL coaches and GMs. You love a guy with passion and drive, however when that transitions over to off-the-field, then we’ve seen how NFL teams handle those instances. Often, it ends up leading to you being cut.

By no means is Jennings now typecast into a situation that he can’t prevail from. The man certainly has the talent and will likely get drafted. From there, his path is in his hands.

Now, Jennings’ talent may not jump off the page in the statistics columns, as he never had a 1,000-yard receiving year at Tennessee. That being said, in 2019, Jennings caught 57 passes. On those 57 receptions, he managed to break 29 tackles. The guy is elusive! At 6’3” 210-pounds, Jennings uses his size well to avoid tacklers and make plays after the catch.

A breakdown of Jennings’ production can be seen below:

If Jennings does go on to have a successful NFL career, it won’t be the first time a Tennessee talent was underutilized. I.E. Alvin Kamara. Many Vols alumni were emphatic in college but failed to live up to the hype at the next stage. I.E. Justin Hunter and Cordarrelle Patterson. It’s notoriously been a college whose prospects have been difficult to evaluate over the last decade.

My favorite trait for Jennings is his toughness. Contested catches, catches in traffic, and hustle, are frequently highlighted in his play reels. If the ball touches his hands, you’re going to have a real tough time pulling it away. There’s a reason it takes 4 guys to tackle Jennings. You can’t allow a 5’11” 190-pound DB face him in one-on-one coverage. Whether it’s a quick slant or high point, it’s going to take a 2nd defender to bring him down. That’s the prime definition of a matchup problem.

Obviously, the “red-flags” I previously highlighted will likely cause his draft stock to take a slight dip, however, I still expect to see Jennings selected between rounds 3-5 in the NFL draft. His coaching landscape, once he arrives on the NFL stage, can largely dictate his future success. Can someone channel his competitive, passionate nature into something positive? We shall see.