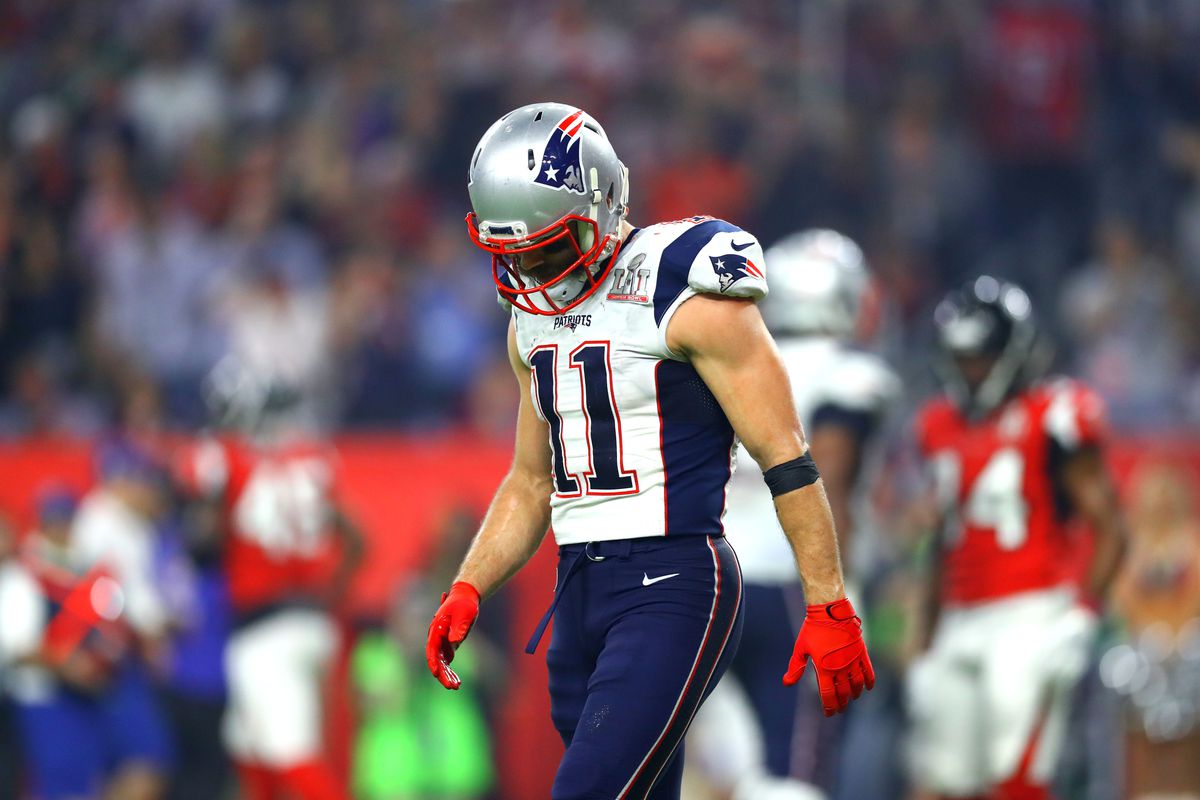 New England Patriots wide receiver Julian Edelman is now officially suspended for the first four games of the 2018 season. Yesterday, the league upheld his four-game suspension for violating the NFL policy on performance-enhancing substances, league spokesman Brian McCarthy confirmed through all of NFL’s social media accounts. Tom Brady’s main receiver will be eligible to return to the team on Monday, Oct. 1, 2018, following the team’s September 30th home game against the Miami Dolphins.

Edelman’s appeal of the four-game ban was heard on June 25, according to ESPN reporters. He reportedly was flagged for the violation in early June. In the days after Edelman faced a suspension, the 32-year-old wideout issued an apology via his Instagram. The gist of the post is that he’s taken many tests throughout his career and all have come out clear until this past one in which he was flabbergasted to learn what had happened when the results came in. He apologized to his family, friends, and the Patriots and vowed to make it up to them the rest of the season.

After missing the 2017 season with a torn ACL, Brady’s longtime favorite target and receiving yards collector was a full participant in the team’s offseason program, and also in the first couple of days of OTAs. Prior to Edelman’s appeal being heard, Tom Brady had posted a video on Instagram of the two working out near the quarterback’s home. He was throwing passes to his trusted WR1 and looked to be just as in sync as the miraculous catch that brought the Patriots back from the large deficit to beat the Atlanta Falcons in Super Bowl 51.

Despite the suspension, Edelman is still allowed to participate in the team’s training camp, which opens July 26. He’s also eligible to play in the team’s exhibition games.

Edelman, however, has to leave the premises by Saturday, Sept. 1, and not be allowed at the Patriots’ facility. The first game in which Edelman could play is a Thursday night matchup against the Indianapolis Colts on October 4th. This suspension will cost Edelman roughly one million dollars total this season.

So who will step up for New England and help keep the passing production up as well as keep our dynasty fantasy rosters intact for the first quarter of the season? Let’s sort out the big list of options the Patriots own and get to the main beneficiaries and those you can target to pick up in startup dynasty drafts and trade targets to craft up alike. 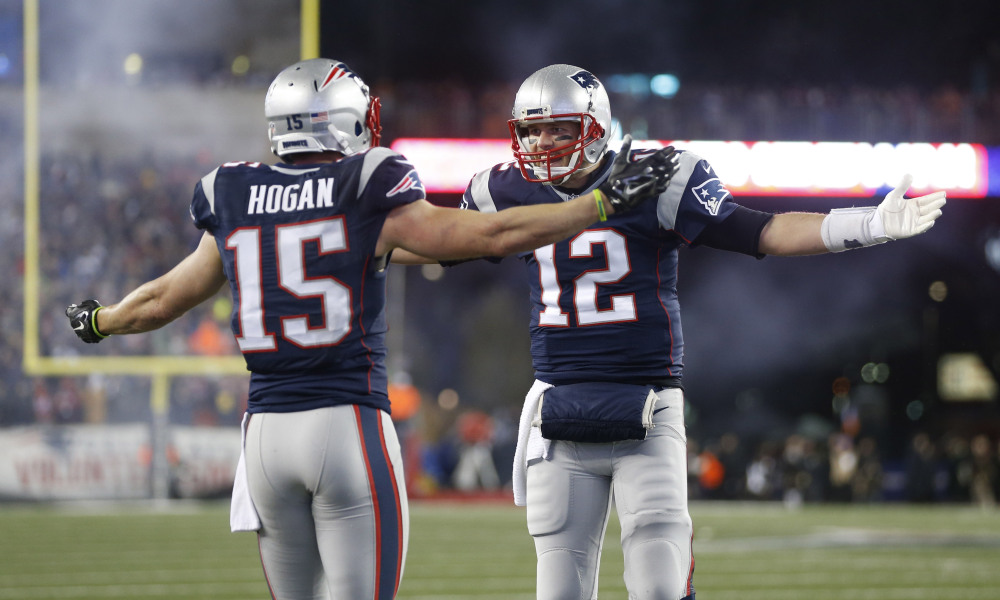 As the most experienced wide receiver who will be on the 53-man roster on opening day, Hogan will see plenty of action over the first four weeks of the season. The six-year veteran has shown time and again that he has very good chemistry with quarterback Tom Brady and can be a productive player able to attack the intermediate areas of the field. As such, he will likely be the Patriots’ number one wide receiver with Edelman out for the four games. Last year, Hogan was also recovering from multiple injuries throughout the 2017 season but was still able to rack up 34 receptions for 439 yards and five touchdowns, also totaling 75.6 fantasy points in PPR per Pro Football Reference. Hogan usually can be purchased with a couple of draft picks or a mix and match of a pick and another receiver currently being discounted like a Randall Cobb or Emmanuel Sanders. So if you think he might get you closer to a dynasty crown then it may be worth the look at the least. 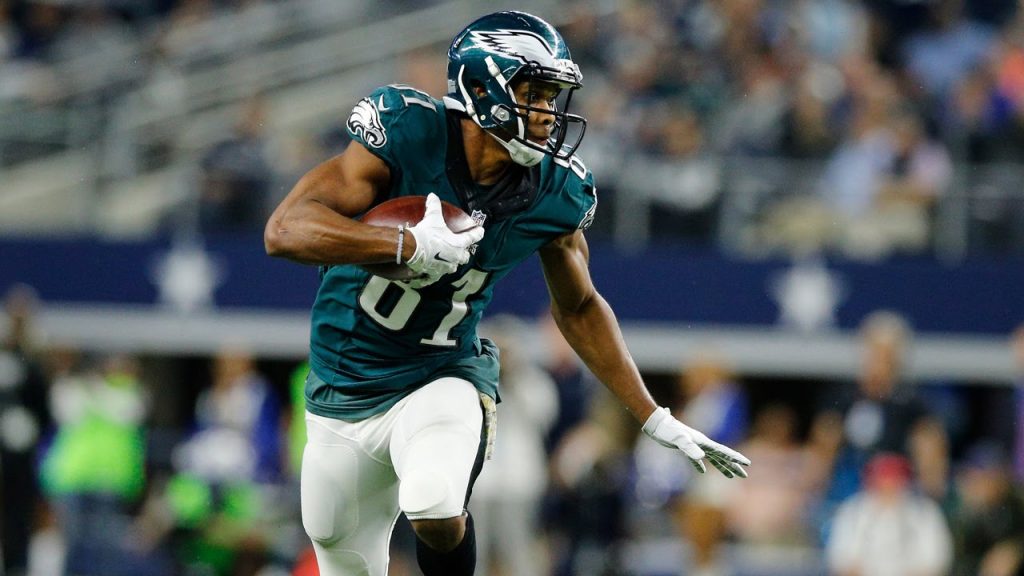 While the 6’3 wideout from Vanderbilt University is a much bigger target than Edelman, Matthews has plenty of experience playing both in the slot and on the perimeter. From 2013 to 2016, Matthews recorded 225 receptions for a combined 2,673 yards and 19 touchdowns. Almost all of this production came from the slot, and he recorded more yards from the slot than any other receiver from 2013-2016. From that point of view being over six feet tall compared to the sizes of most cornerbacks in the league, the offseason acquisition would be a perfect replacement for the suspended veteran Edelman. Matthews also lines up all over the formation to create the best possible mismatches across the board. Matthews will have to prove himself capable of filling that role over the next two months in training camp and make the team officially,  but if his past productivity is any indication, he should be able to do that with ease. Matthews is expected “to emerge in some form” while Julian Edelman serves his four-game suspension to begin the season, according to ESPN’s Mike Reiss. So now’s the time to get Matthew’s very late in startups or trade for relatively cheap right now in cost. 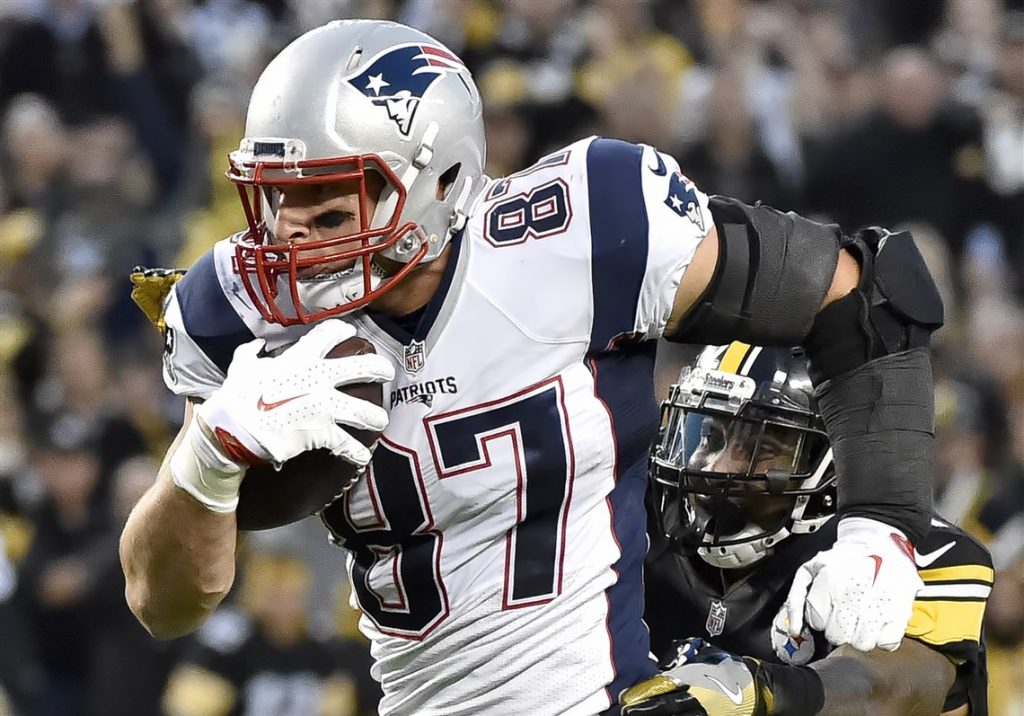 In 2017, only one other player on the Patriots’ roster which was running back James White had more receptions on third down than Gronkowski’s 18 total. Naturally, the NFL’s best tight end will again see plenty of targets in do-or-die situations that would normally also involve plenty of Edelman. With the wideout suspended, however, and with fellow third-down-machine Danny Amendola playing in Miami for the Dolphins in 2018, Mr. Gronkowski will become even more important as a chain-mover and Brady’s favorite playmaker to go to out of the entire team. Last season with Edelman out with injury, Gronkowski wrapped up the 2017 season with 69 receptions for 1,084 yards and had 8 touchdowns to finish with 158.4 fantasy points in PPR. This could be a precursor to similar results to come. If you have those owners that are worried about Gronk’s age and talks of the Pats trading for him in your league, now might be the time to grab him at a discount, especially if you’re a dynasty team that is in contention now to win a title right now. 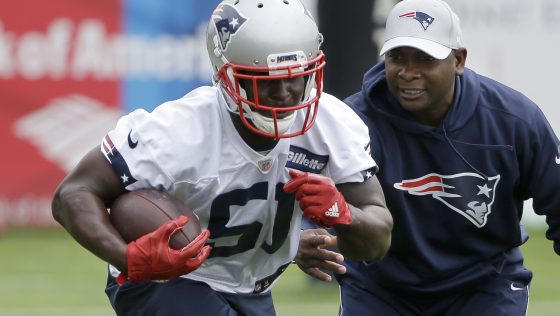 After Dion Lewis’ departure, the Patriots backfield will have a much different look this upcoming season. Sony Michel was drafted with the 31st pick of the first round by the Patriots which is usually uncharacteristic of New England to spend such high draft capital on a running back. However, the Patriots brass saw enough out of Michel and his talent to not be able to pass on him making him the newest addition to New England. Sony is expected to have an expanded role in the running game, as he excelled running the ball during his four years at Georgia University, finishing his senior year with an impressive 1,227 yards rushing along with 16 touchdowns. His skill-set will allow him to primarily be used in the passing game, but the Patriots could look to use him as the primary ball-carrier depending on the team’s competition during training camp. James White is still around and is a capable receiving back who can be trusted, especially on third-down as was shown when comparing his production to that of Gronk’s. Should opposing defenses shut down the Patriots’ remaining receivers during the first four games of the season, the Patriots’ running backs will be asked to do much more.  With the talent the Patriots have from their backfield, the team will need to rely more heavily on their running backs to perform in the passing game, which the Patriots haven’t had much trouble with in the past.

When it’s all said and done, it will take more than one player to replace Julian Edelman and his contributions to the offense of the New England Patriots. Veterans, rookies, and offseason additions all together will be asked to step up for the first four weeks of the season, with the four main players above, in particular, being candidates to benefit from the former seventh-rounder being out. Hopefully, the breakdown here can help with your focus on drafting and trade strategies, and you can acquire these weapons to bring in the championships. Until next time, enjoy the summer weather fellow dynasty nerds!