Julio Jones: Will he reign supreme?

Julio Jones is one of the greatest WRs in NFL history but he’s getting up there in age. Is he still an elite fantasy option? @andy_buckler explains what you should be looking to do with Julio in dynasty. leagues. 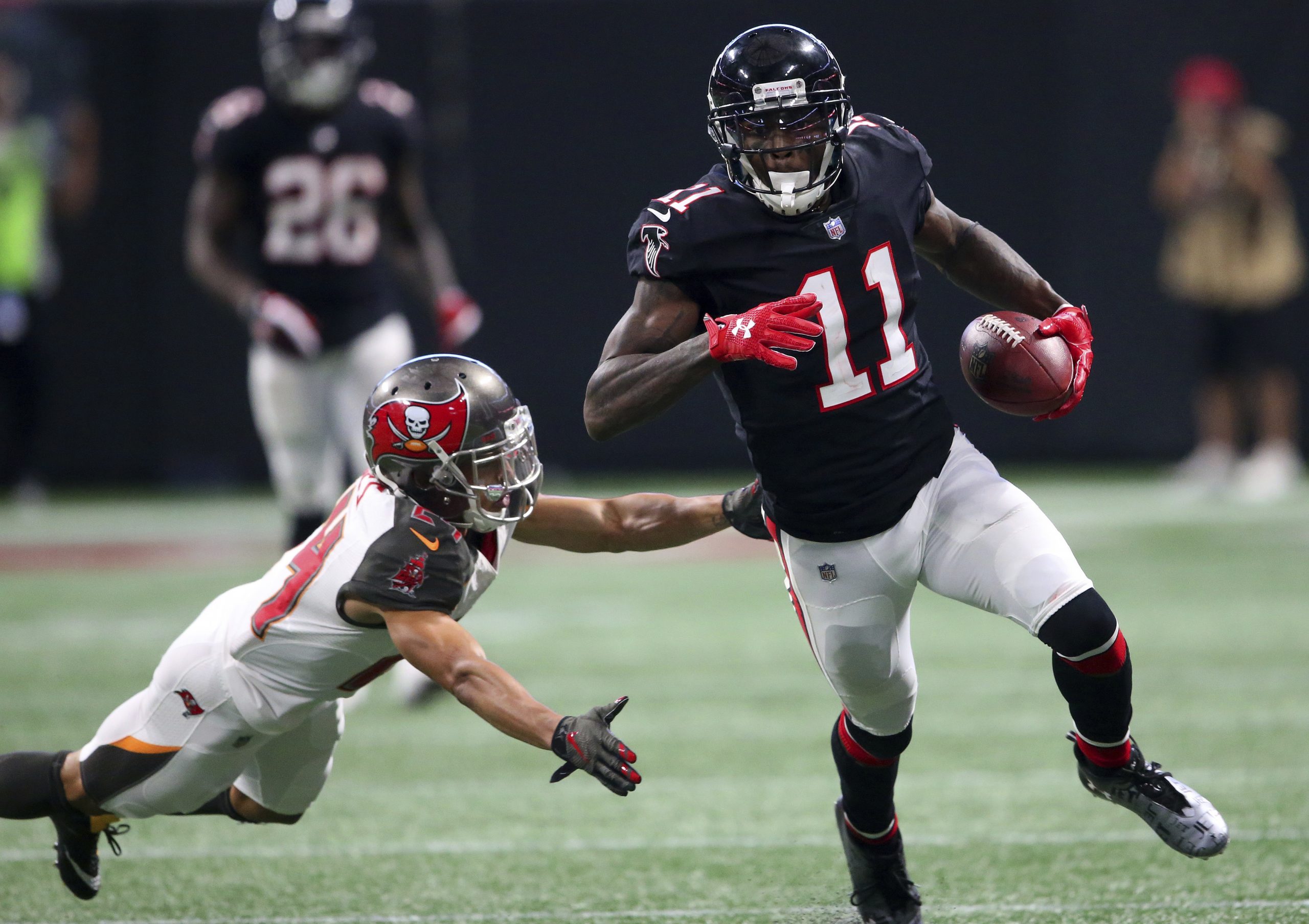 Julio Jones has been one of the best WRs in NFL history during his career but now, at age 32, what should you expect from the artist formerly known as Quintorris Lopez Jones going forward in dynasty leagues? Is it time to sell? Should you buy the injury dip? Well, let’s find out!

Julio Still Got It

It was an injury-riddled season for Jones in 2020. He battled through hamstring issues the entire season, but he produced like the Julio we’ve grown accustomed to when he was on the field. He finished 2020 with 51 receptions for 771 yards and three touchdowns in just nine games. He left early due to injury in three of the nine games. So, he managed those numbers in just six full games.

He’s still vintage Julio Jones. When healthy, he is the best WR in the entire NFL. Even at this age, he has shown his skills have not diminished. He hasn’t lost anything, he can still ball. Before 2020, Jones has posted at least 1,394 receiving yards over his past six seasons. Julio is in a class of his own, and that hasn’t changed.

What The Future Holds 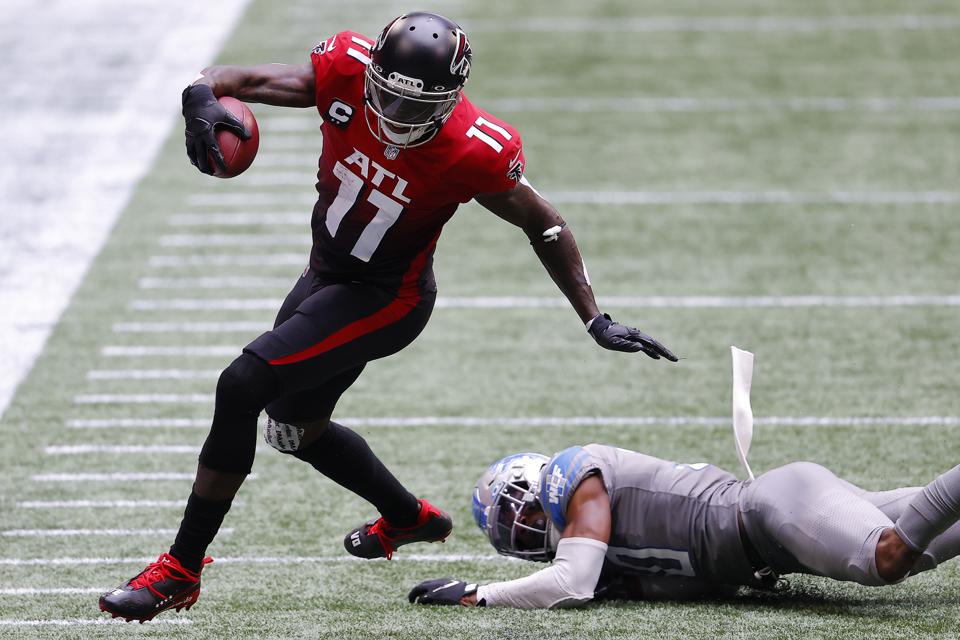 Julio is under contract until the 2023 season. The Falcons do have a potential out after the ’22 season if they wish to cut Jones or potentially trade him. My prediction is Atlanta works to reconstruct Julio’s deal to keep him in Atlanta for the remainder of his playing career. Falcons ownership plans to also keep QB Matt Ryan going into 2021 as well. This is huge for Julio’s value as he and Ryan have great chemistry on the field together. You can lock Jones in as a top-10 option without hesitation going into 2021.

Julio Jones is a screaming buy in my eyes, especially if your roster is in win-now mode. He’s the perfect target for contenders. While many Julio managers are nervous about his age, it’s time to strike. His value has taken a nosedive, which has made Julio very obtainable in trades. He is currently the WR36 in dynasty startups. Yeah, you read that correctly, 36! That’s without incoming rookies. Talk about value!

The primary concern for most is age, but it doesn’t worry me very much. Julio will be entering his age 32 season, which for normal wide receivers it means the end of elite production. Julio isn’t normal. It’s hard to compare Julio to other WRs that had production fall off when they hit their age 32 season because he’s different. He’s an all-time great. So, the age narrative shouldn’t hold as much weight for someone of his caliber.

I envision Julio gives you 2-3 more years of elite WR1 production. He’s just built differently; he’s a unicorn. I even think after those two years of elite production, he can still have value on your dynasty roster. Similar to what happened in Arizona with Larry Fitzgerald, another all-time great. Fitzgerald was able to post three, 100-catch, 1,000+ yard seasons after the age of 31.

Fitzgerald was able to find that success because the team worked to his strengths, moving him to the slot. This added years to Fitz’s career. The Falcons can and should do the same with Julio. I mean, can you just imagine the damage Julio Jones would do to slot corners? Big slot Julio would be unfair!

Okay, but what’s the price?

Now that you’ve heard my case as to why I’m buying Julio, the question is at what price? My goal would be to add him to my roster for a second-round rookie pick. Ideally, a pick in the 2.01-2.05 range in a Superflex league. If that fails to get it done, I’d offer a late first. Just make sure your team is a strong contender. Adding Julio at WR36 value is almost like stealing.

I am a strong believer in looking at your dynasty roster in 2-3 year windows. When you try to look past that time frame, it just becomes a guessing game. Adding Julio Jones to your team with the mindset of adding two years of elite Julio production should be the goal. Ultimately, you’re trying to win championships. Spending a second-round rookie pick to get one of the greatest WRs we’ve ever seen is a winning move. At that price, there is little to no risk, just reward!

If you have any questions about the article or just want to talk some dynasty football be sure to follow me on Twitter @andy_buckler thanks for reading!