One of the fastest players in the coming NFL draft, K.J. Hamler is hard to nail down as a prospect. @ReflipeWThenuz breaks down the player and his tape to decipher just what type of player he can be. 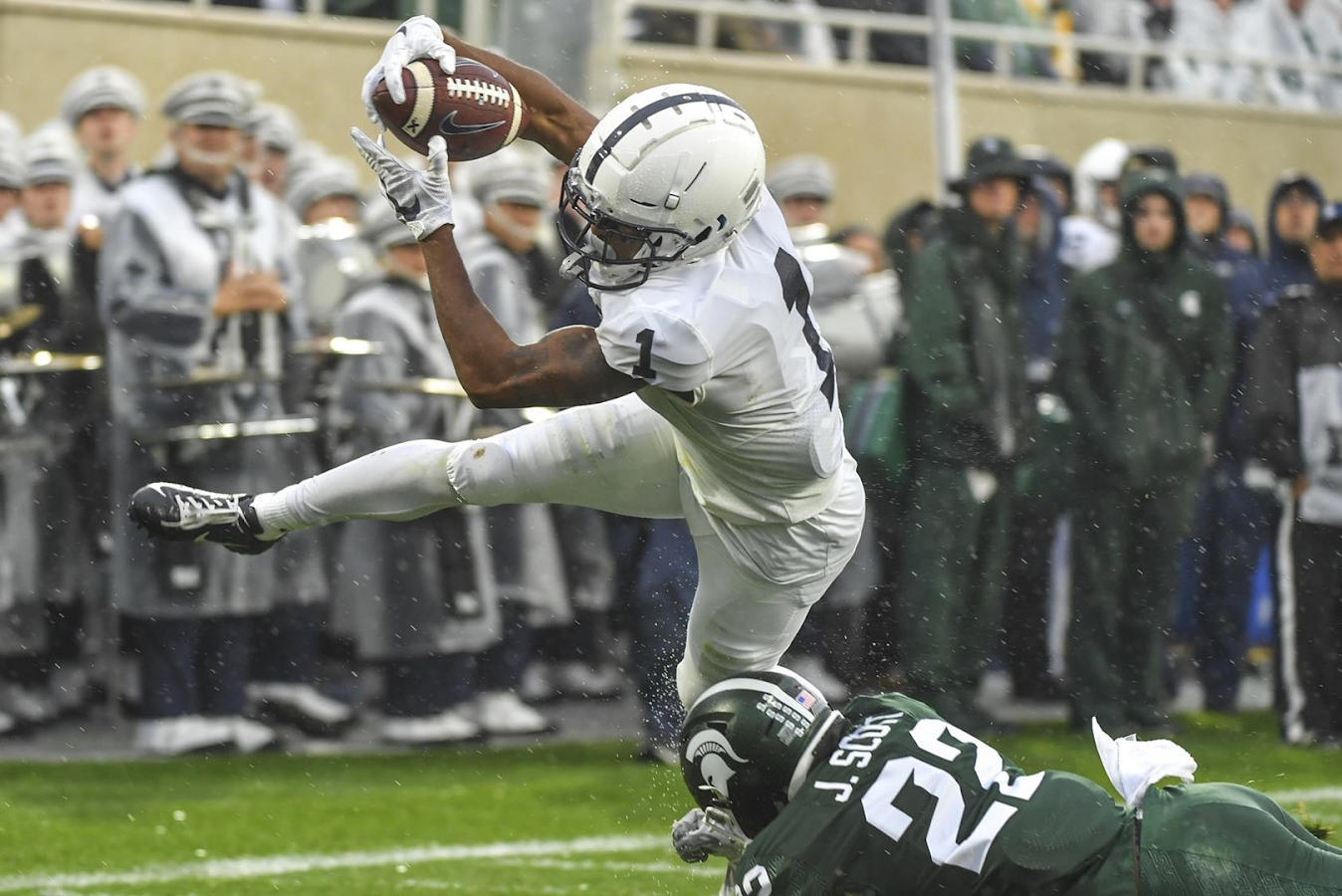 K.J. Hamler was one of the biggest early departure surprises from the college ranks. The Penn State redshirt sophomore WR is leaving school early to enter the NFL draft. K.J. is a special type of player but he had yet to reach his true potential. He flashed in nearly every facet of the game from offense to special teams. Despite all the flashy plays he never managed to put together a 1,000 yard season. You can see his college numbers below.

At just 5’9 176 lbs Hamler is not the biggest of players. He makes his yards with his speed and lateral mobility. Few players in the nation brought his type of skill set to the table. Some of the players that come to mind when attempting to compare Hamler are Peter Warrick, Tavon Austin, and other players of that body type. The pint-sized speedster will certainly garner some interest at the NFL draft. With players like Hollywood Brown going in the 1st round as recently as last season, the days of small WRs being overlooked seems to be a bygone era at this point.

Hamler’s decision was made all the more curious by the recent hiring of new OC Kirk Ciarocca at Penn State. This is the same coach who helped develop Minnesota WR Tyler Johnson into one of the best WRs in the entire nation. It would stand to reason that Hamler would benefit from another year in school on a team that heavily featured its number one WR. Nonetheless, Hamler will be an intriguing WR to watch during the coming draft process. But what should we expect from this dynamic weapon? Let us dig into his film and get a look at some of his strengths and weaknesses.

When you watch Hamler’s film the first thing that immediately jumps out is his speed. Time and again you would see Hamler blow past defenders on his way to chunk gains for the Nittany Lions offense. He was able to both make plays deep down the field as well as combine short and intermediate targets with YAC for big plays as you can see below.

Another area in which Hamler excels is his small area quickness. He is able to juke defenders and create space for himself. Time and again he was able to use this ability to both release off the line of scrimmage and accumulate YAC. You can see examples of both uses of this ability below.

During his time at Happy Valley, K.J. Hamler played both on the outside and in the slot. Despite playing the majority of his time inside, his speed allowed him to make plays from all over the field. You can see in his video against Minnesota that he was a chess piece in the game being moved inside and out depending on where they were attempting to stress the Gophers D.

The last highlight above displays one of Hamler’s biggest shortcomings as a WR. Hamler is a bit of a hands catcher. Instead of attacking the ball with outstretched arms Hamler prefers to allow the ball to come to him and attempts to make basket catches. His speed and separation allowed him to make catches as he wished often enough in college. However, the speed at the next level will necessitate Hamler working on being more of a hands catcher. Hamler will also struggle in the run blocking aspect of playing WR at the NFL level. His slight frame could also lead to issues taking big hits. Depending on which team selects him at the next level, he could be shoehorned into a niche role.

K.J. Hamler will be an interesting case study as the NFL draft approaches. He has a limited amount of tape due to leaving school early. He has fully recovered from the ACL tear he suffered during his senior season of high school. His draft stock will likely rise or fall based on just how fast he blazes the 40 at the combine. He will be a candidate for the fastest player in Indy this coming spring. I would expect him to be drafted somewhere around the turn between the 2nd and 3rd rounds of both the NFL and your dynasty drafts. Unless that is that he runs fast enough to pull off a John Ross type draft rise. One thing is for certain, every NFL team will love seeing plays like the one below. Keep an eye on how Hamler works his way through the draft process.