Late Round Rookies to be on your Radar

Roster depth may matter more than ever before in 2020. @JD_Thunder highlights a couple deep stash wide receivers that should be on your radar. 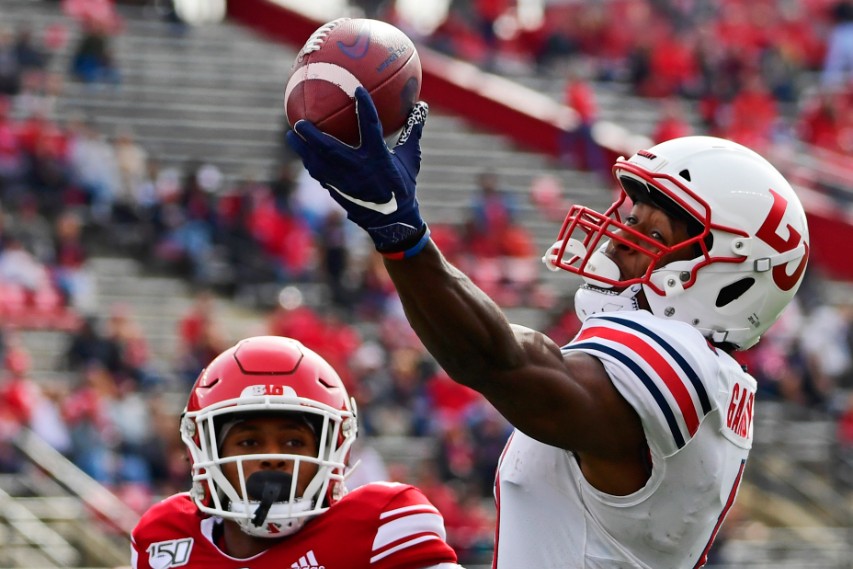 Every year the NFL Draft throws out some early-round duds and some late round studs. Let’s assume this year won’t be an exception. Here are two late-round guys who have landed in pretty good situations that absolutely need to be on your radar.

Gandy-Golden was one of the bright sparks coming out of Liberty this year after having an exceptional college career. Ignoring his freshman year, he averaged 102.75 yards per game with ten touchdowns every season (again, ignoring his freshman year). In his junior year, he recorded 245 receiving yards against New Mexico, breaking the school record.

AGG has landed in a fairly ideal situation in Washington as far as competition goes. Realistically, only Terry McLaurin and Kelvin Harmon (who tore his ACL earlier this summer) are in front of him in the depth chart. With Washington’s recent history of keeping players healthy, AGG will have plenty of opportunities to get on the field. One thing that puts me off is the current QB situation, but hopefully, with an extra offseason (albeit a limited one) under his belt, you never know – Haskins may just be okay after all.

For this season, I think the floor for Gandy-Golden looks around 400 yards & 3 touchdowns. Conversely, his ceiling being around 600-700 yards & 7 touchdowns. AGG has an ADP of around 150 in start-ups and 13.7 in rookie drafts. He is an absolute steal in the later rounds of start-ups and should be somebody you are targeting. If he drops to you in the second round of a rookie draft, he is an absolute definite pick up.

Don’t worry if you have already drafted and missed out on him. I would feel comfortable trading a future 2nd round pick and a low-end roster player for him before the hype starts to build to astronomical levels, and he will definitely pay you back!

There has been very little hype around Reed considering how little competition is around him in LA. He will have either a first-round QB in Justin Herbert or a seasoned vet in Tyrod Taylor throwing the ball – both equally competent quarterbacks.

At Virginia, Reed was named third-team All-ACC in his junior year with 25 receptions, 465 yards, and seven touchdowns, including a touchdown, scored off a kick return. As a senior, he led Virginia with 679 yards and seven touchdowns coming off 77 receptions. So his college stats are fairly average – but the talent is definitely there.

Obviously, Los Angeles has Keenan Allen and Mike Williams, who are more than likely to take the lions share of targets. Still, Reed will be there for competition and will also be challenging Desmond King and Austin Ekeler for kick returns (in some leagues, that counts for points!).

I am most definitely not as high on Reed as I am on Gandy-Golden, but Reed – who’s ADP is also around 150 in start-ups, is the absolute definition of a “late-round flyer.” You will definitely be able to get him in the last couple of rounds, and if he hits his floor, which I have at about 250 yards and two touchdowns – you’re not going to be too disappointed. His ceiling I would consider much lower than Gandy-Golden at around 400 yards and four touchdowns. In really deep leagues, he could be a useful acquisition. Still, in smaller rosters, he would be better served on a taxi squad until an opportunity presents itself (such as an Allen or Williams injury).

This all sounds fairly negative about Reed, but I am still more than happy to gamble on him. If I managed to snag him either in the last round of a rookie draft or on free agency, I am happy. If somebody happened to beat me to him, I wouldn’t mind giving up a future late-round pick for him.

The conclusion for me is simple. Antonio Gandy-Golden is an absolute must buy and will almost certainly get chances to be a big-time player this season. Joe Reed, whilst he won’t be setting any leagues on fire early doors – he may well get a chance before the season is out and is definitely worth monitoring.

Thanks for checking out my first article for Dynasty Nerds. Feel free to give me a follow on Twitter I love talking fantasy football. Are you a member of the Nerd Herd? For the cost of a cup of coffee each month you get access to exclusive rankings, extra podcasts, and more. Bundle the Nerd Herd with the DynastyGM tool for just $4.99/month.