Fantasy season wraps up with championship week. @sportsfanaticMB gives you the rundown of his tier 2 and 3 running backs. 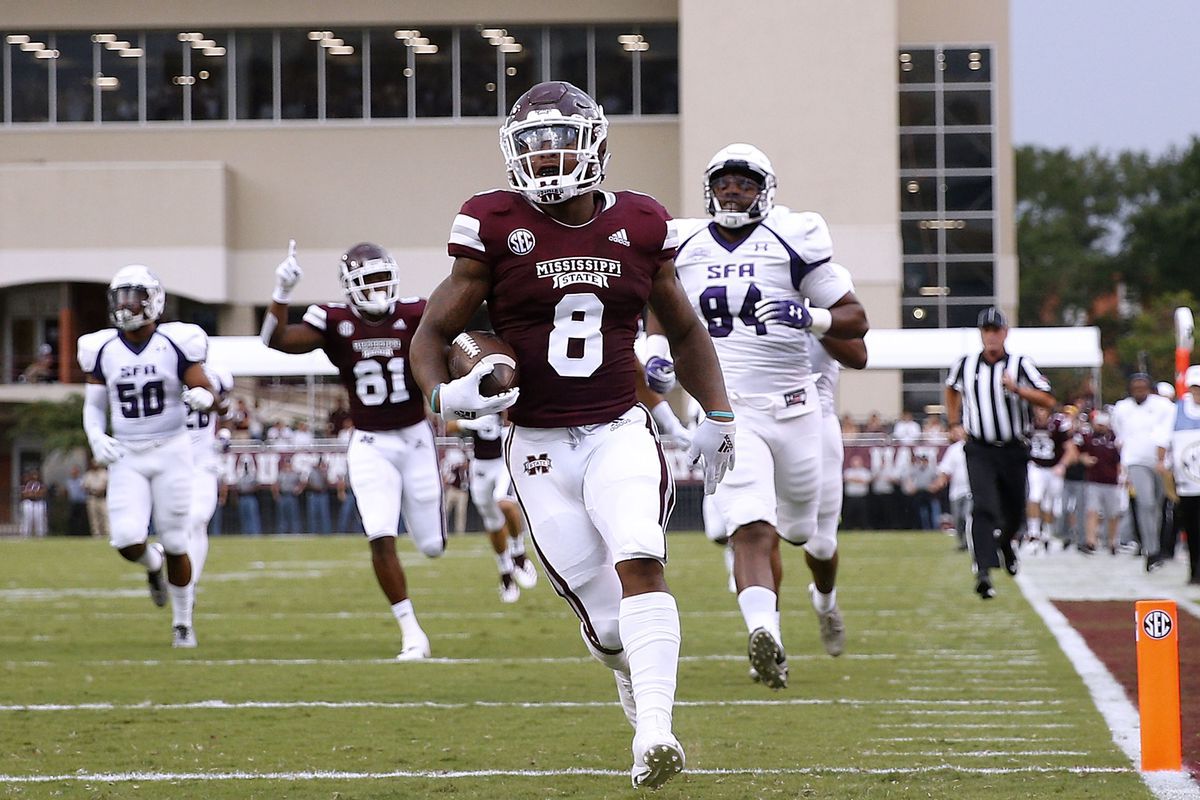 We have finally arrived at one of my favorite times of the year. Fantasy playoffs are wrapping up. It’s the holiday season, spending time with families and loved ones. It’s also Bowl Season. College football teams go up against each other in 40 bowl games over the next couple of weeks. While the times have changed from the past and players tend to sit out of some of the more meaningless bowl games. With this article series I will be giving you my bottom of tier two and all of my tier three running backs and the games they will play in, some of them won’t be in bowl games due to their teams. These are still players I would recommend diving into as well before the off-season as they are running backs to watch as we move closer to declaration day which is January 14th. While some of the running backs on this list might go back to school this is still a loaded class. This is the year to rebuild your RB core. Whether you’re still in the playoffs or knocked out, these are the players to watch throughout the bowl season, and the players I would look into leading into the scouting combine. While I will give a short synopsis on each player all stats are provided by https://expandtheboxscore.com/ it has the best college football stats around, check out the end of the article for a discount on their site as well.

Here is a quick breakdown of some of the stats you’ll see below all the stats are from the current 2019 season as well.

Team Scrimmage Yards distribution- the percentage of the entire teams gained scrimmage yards broken down by what each player has done for their team.

Dominator rating- this is based on how big a part a player is of his team’s offense. It’s a ratio of the total number or offensives yards and scores.

Hill is one of my favorite prospects. He is an explosive leveraged runner. Good quick burst through holes and has enough elusiveness to make players miss in the second level. Active and willing participant in the receiving game.

Hill lacks home run speed and can be caught from behind. While he has decent vision, he doesn’t always wait for holes to open which leads to some negative plays.

In Hill big play % he took 12 plays over 20 yards, zero of which resulted in a touchdown.

Moss and Utah will be playing in the Valero Alamo Bowl against Texas on Tuesday, December 31st.

Moss is an intriguing prospect. Moss has good feet and vision and incredible body control and contact balance. Good short-area quickness gets upfield with ease and has that big-play potential. Has shown good hands at times in the receiving game.

Moss tries to cut it outside a bit much for me. Especially when he could follow blockers for a good gain up the middle. He’s not someone that’s going to make defenders miss. He needs to improve his hands more in the receiving game.

In Moss big play % he took 14 plays over 20 yards, four of which resulted in touchdowns.

Vaughn and Vanderbilt failed to make a Bowl game.

Vaughn is a sneaky elusive runner. Quick to hit holes and keep feet moving. Rarely loses speed when changing directions and has a nasty stiff arm. Good work in the receiving game finding the holes in the defense.

Vaughn doesn’t have breakaway speed and seems to hesitate too long in the backfield sometimes causing negative plays. Needs to improve on his backfield vision.

In Vaughn big play % he took 10 plays more than 20 yards, two of which resulted in touchdowns.

Benjamin and Arizona State will be playing in the Tony the Tiger Sun Bowl on Tuesday, December 31st.

Benjamin is a great downhill runner. He has great contact balance and vision. Aggressive runner. Rarely misses a hole and can make players miss in the open field. Has improved in the passing game but needs to continue to improve for the next level.

Benjamin struggles in pass protection and profiles to be more of a returner change of pace back. Could work on improving his patience behind the line. While an all-around good back, he doesn’t excel at any one point.

In Benjamin big play % he took seven plays more than 20 yards, one of which resulted in a touchdown.

McFarland lives off of his speed. He eliminates any pursuers with his speed, he is extremely elusive in the open field. He has shown some ability to thrive in the passing game and can be dangerous once he hits the open field.

Experience is going to be a big question for McFarland. He hasn’t had a ton of work. He needs to improve in pass protection. He has the tools but we haven’t quite seen him put it together for multiple seasons like other backs.

In McFarland big play % he took five plays over 20 yards, two of which resulted in touchdowns.

Sermon is injured and won’t be playing in the playoff game against LSU.

He is a good prospect though. Sermon is a physical runner with a good burst in the hole and one of the better blockers in this class.

Sermon isn’t the most dynamic or elusive running back and doesn’t have breakaway speed.

In Sermon’s big play % he took five plays for over 20 yards one of which resulted in a touchdown.

Kinsey won’t be playing in a Bowl game as he was suspended indefinitely from Colorado State.

Kinsey is an underrated prospect. He has explosive speed, good vision and talented runner he is also a great receiver out of the backfield.

Kinsey struggles some in pass blocking and has had off-field issues. Will be a prospect not a lot of people talk about.

In Kinsey’s big play % he took 10 touches over 20 yards and four of them resulted in touchdowns.

Taylor and Arizona failed to make a bowl game this year.

Taylor may be limited due to his size. He doesn’t have breakaway speed.

In Taylor’s big play % he took six plays for more than 20 yards two of which resulted in touchdowns.

TCU failed to make a bowl game this year.

Anderson is a smooth runner with good contact balance. He has good quick burst and is a decent pass catcher.

Anderson has spent most of his career in a timeshare. He doesn’t possess great speed and lacks the build of a typical NFL back.

In Anderson big play % he took nine plays over 20 yards zero of which resulted in a touchdown.

Unfortunately, Oregon State didn’t make a bowl game so he won’t get to play in a bowl game.

Pierce is a good returner which should help him get on the field. Shows great place in space. Tough runner and not afraid to drop his shoulder and meet defenders in the gap.

In Pierce big play % he took nine plays over 20 yards and three of them resulted in touchdowns.

That is the bottom of my tier two running backs and my entire tier three of running backs. As Bowl games approach watch these guys and their games. Look for the rest of my tier two and my tier one running backs going bowling soon. Also, check back in the offseason as I will do full breakdown articles on theses players. Going deeper into the analytics and tape to help you get the best draft day steals. If you want to check out https://expandtheboxscore.com/ use my code “Roundtable” for 10% off. Also, check out my podcast on I-tunes and everywhere you can get podcast.