Lindsay looking for a place to run

Phillip Lindsay posted back-to-back 1,000-yard seasons his first two years, but his prospects to be a lead back as he hits free agency remain muddled. 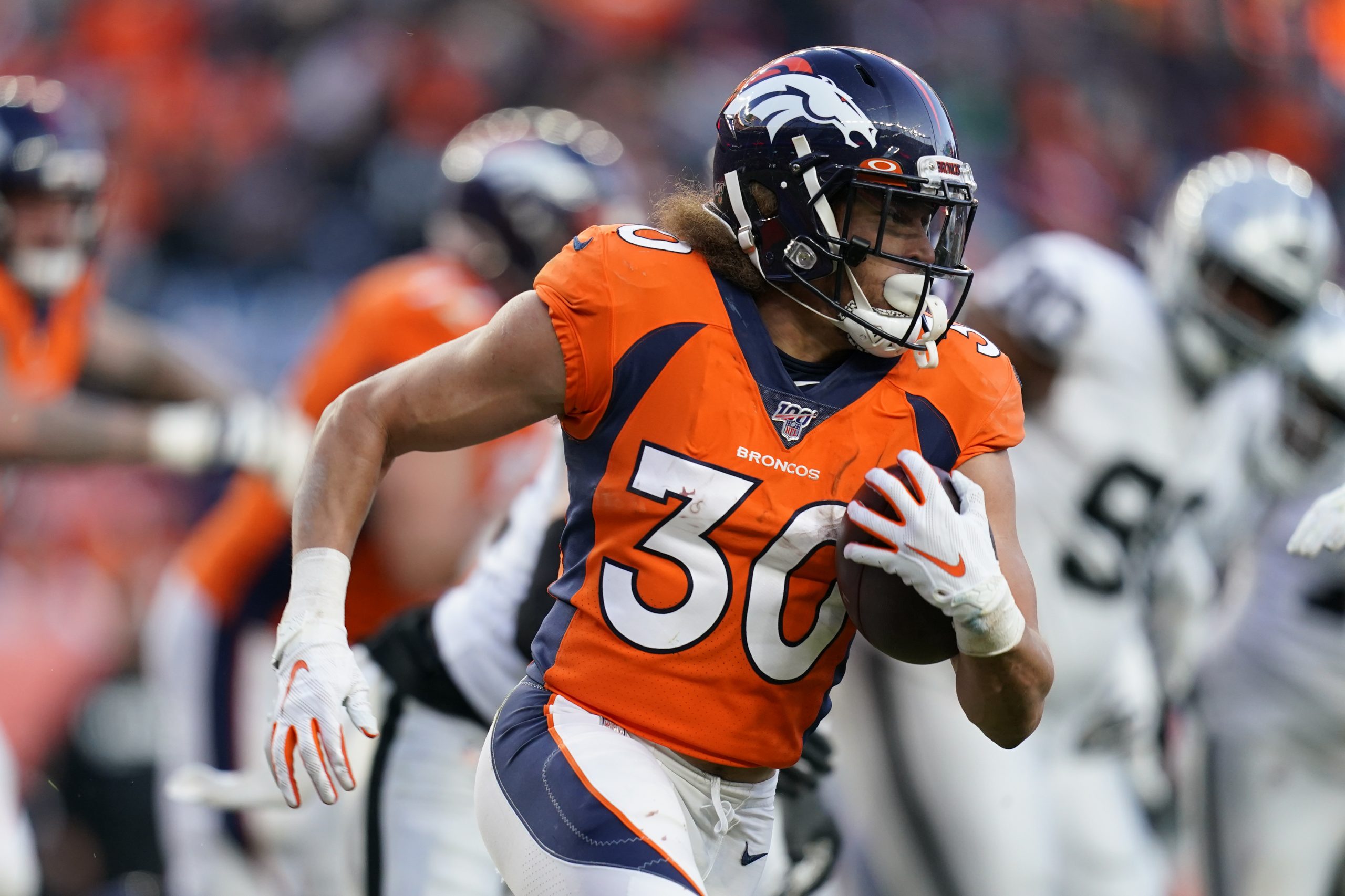 As we head into the 2021 off-season, there are plenty of questions to be answered as players prepare for free agency and a chance to show their skills. One of those who may be poised to move on is Broncos’ running back Phillip Lindsay.

Lindsay is preparing for his fourth NFL season, but he hits this off-season as a restricted free agent. Lindsay remains a fan favorite in Denver, where he played high school and college ball. The local product was an undrafted free agent brought in during the 2018 off-season. While the Broncos spent a third-round pick on Oregon back Royce Freeman, and many thought he’d be the lead dog in the backfield, it was Lindsay that dominated on the field.

Not the rookie who was expected to excel

Lindsay impressed in pre-season and quickly made the final roster. Then, in his first game, the rookie RB caught a 29-yard screen pass from Case Keenum for a TD. The Broncos won the game, and Lindsay’s place on the field continued to expand. Freeman finished that season with 521 rushing yards and five TDs, catching 14 passes for 72 yards. But Lindsay finished with 1,037 yards and nine TDs, catching 35 passes for 241 yards and another TD. It was good enough to earn him a Pro Bowl berth, though he played in just 15 games and missed the Pro Bowl due to a wrist injury.

In his third season, Lindsay struggled with injuries and splitting time. Lindsay produced his most disappointing season as a pro with just 502 yards and a touchdown in 11 games. Gordon, meanwhile, produced 986 yards and nine touchdowns. Gordon and Freeman remain under contract with the Broncos, leaving a question as to what the team will do with Lindsay.

Lindsay hasn’t been shy about his belief in his ability to impact an offense. He put some of blame for his performance and the Broncos’ uneven offense at the feet of his coaches in a recent interview with a local Denver radio station. That could make his return more challenging, as Shurmur and head coach Vic Fangio are set to return in 2021. The Broncos are projected at more than $37 million in cap space but have other holes to fill. As a restricted free agent, it would make sense for the Broncos to tender Lindsay at some level to ensure a return even if he moves on to play elsewhere.

There is also a question as to how the Broncos would like to split the backfield. During the 2020 season, neither Lindsay nor Gordon was exceptional when running together. However, both had decent games when carrying the load on their own. While Lindsay missed games early in the season due to turf toe, Gordon ran for 203 yards and two TDs in Weeks 2-4, including 107 yards and two scores Week 4 against the Jets. When Lindsay missed the final two games of the season, Gordon carried the ball 42 times for 172 yards.

Best game of the year

Meanwhile, Lindsay’s best game of the season came in Week 6, when Gordon missed for disciplinary reasons. Lindsay carried the ball 23 times for 101 yards in a win over the Patriots. Gordon received double-digit carries in all but three of the 15 games he played. While Lindsay had double-digit carries in only five of his 11 games, going for 80 or more yards in only two of those games. It’s clear from his recent interview Lindsay wants a bigger role in the offense no matter where he ends up in 2021.

Lindsay is a restricted free agent, meaning he won’t be able to control his own destiny. The Broncos will have a decision to make as the new league year begins in March. In addition, there are a number of bigger names in this running back class, including Aaron Jones, Chris Carson, Leonard Fournette, and Le’Veon Bell, all of whom have produced huge seasons. Lindsay is a Pro Bowl running back that has produced two 1,000-yard campaigns in three seasons. He’s also 27, under-sized at the position, and comes with plenty of mileage.

As a player, Lindsay has been productive in the right system. He finished as RB13 in PPR as a rookie and RB19 in 2019. His most logical landing spot might be back with the Broncos, splitting time with Gordon in the backfield. The question is whether he’s burned that bridge with his recent critical comments. The Broncos’ RFA decision will go a long way toward revealing the team’s desire to bring him back.

As a 27-year-old restricted free agent, Lindsay doesn’t figure to be one of the first backs signed. If he doesn’t accept a tender with the Broncos, he’ll likely find his landing spot after the first wave of free agency and the NFL draft takes place. If you can get him cheap, I like him as a potential stash in a league where shared backfields have become common. He’s an RB3/4 with potential upside in the right situation if given a path to consistent touches. Now, it’s hard to see that path in 2021.

You can find more from Matthew Fox, @knighthawk7734 on Twitter, and as co-host of the Fantasy Football Roundtable Podcast.