Linebackers – Who’s going to be the next big thing?

Could there be any linebackers that become the next Bobby Wagner? We all are looking for that next guy that can be that deep sleeper. 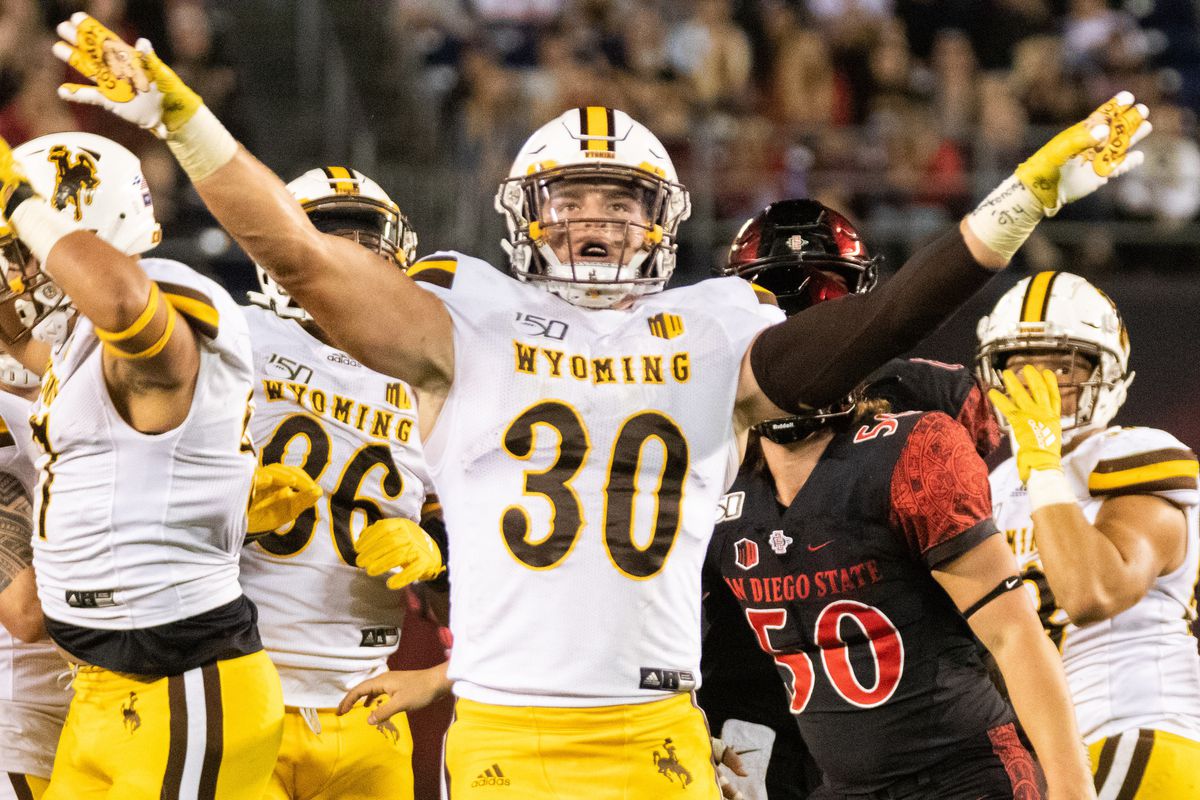 Linebackers, one of my favorite positions to scout and find those hidden gems. Could there be any linebackers that become the next Bobby Wagner? We all are looking for that next guy that can be that deep sleeper. Every year there is that one guy who comes out of nowhere and makes a huge impact on his team. Last year, Jerome Baker was that guy. He saw a vast increase in numbers from 2018 to 2019 and now is just outside the top 20, going as LB21. Panthers linebacker Shaq Thompson is another guy that saw his numbers jump last year. He may be one of the bigger risers of this draft season, going at LB15. Let’s dig into the 2020 season and who can put their name inside the top 20.

Career Stats: 92 tackles, three tackles for a loss, one interception, one sack

Some may say Dre Greenlaw has already broken out. To an extent, that is true. The second half of the 2019 season is where he did most of his damage. Kwon Alexander went down in week eight last year, and Greenlaw did his job and stepping up and helped the 49ers get as far as they did. During the second half, Greenlaw had 73 of his 87 tackles in eight games. His snap counts skyrocketed from under 48% to over 98% in those last eight games. With Alexander back in the fold, you should be seeing Greenlaw start alongside Fred Warner and Alexander to form one of the best linebacking cores in the league.

The 49ers lost DeForest Buckner to the Colts via trade right before the next draft, but then drafted his replacement with that exact pick. Javon Kinlaw could be seeing the opposing team go after, since well, he is a rookie. This could be huge for the linebacking core to help out Kinlaw and rack up their stats. Other than Kinlaw/Buckner, the 49ers defense will stay mostly the same. Greenlaw is going as LB50 and an ADP of 276, from IDPGuys. He is going behind players such as Seahawks rookie linebacker Jordyn Brooks and Chargers linebacker Nick Vigil, who I would not draft before Greenlaw. Draft Greenlaw with confidence in the later rounds of the draft.

The Los Angeles Rams linebacking core took a significant hit this offseason, losing their top player in Cory Littleton. The Rams did sign former Bears linebacker Leonard Floyd. However, they have last year’s fifth-round pick from Virginia, Micah Kiser. He racked up the tackles in college, amassing 408 tackles, 33.5 tackles for a loss and 19 sacks. In 2019, Kiser missed all of the season after suffering a chest injury. He is now is on the redemption role of starting at inside linebacker for the Rams.

The loss of Littleton and Bryce Hager leaves a big hole in the defense. Littleton played over 94%, per Football Outsiders, of the defensive snaps, Hager was considerably less at just under 7%. The addition of Floyd (84% of the snaps with the Bears) will take some of the hurt away, but the Rams defense will need that young leader. Rookie Terrell Lewis was drafted in the third round, but he could see more time between defensive end and outside linebacker. Having Aaron Donald leading this defense is already a plus to whoever is behind him. Kiser is being drafted as LB53 and an ADP of 286. He has already seen his ADP shoot up after basically being undrafted earlier this offseason. Get him while you can; however, I wouldn’t reach for him right now.

The lone rookie on this list, Logan Wilson, landed in a great spot. The Bengals linebacker situation was not the best in 2019. It was so bad, they went ahead and drafted three linebackers in this draft—Wilson in the 3rd, Akeem Davis-Gaither in the fourth, and then Markus Bailey in the seventh. Davis-Gaither is more built like current Bengals safety Shawn Williams and could rotate more at safety and linebacker. On the other hand, Wilson is a guy who can man the middle and run the defense. The Bengals added two cornerbacks (Trae Waynes/Mackensie Alexander) from the Vikings and Vonn Bell from the Saints. Williams/Davis-Gaither could see more time playing in the box, which could lead to big stats from Wilson.

With Sam Hubbard, Geno Atkins and Carlos Dunlap in the front and Jessie Bates, Bell, and Williams in the back, opposing teams could test these linebackers. Pratt could start the season in the middle, but I can see Wilson taking it over BEFORE midseason, possibly even before that. Currently, Wilson’s ADP is just under 300 and going as the LB54. There are players such as Za’Darius Smith, Bud Dupree, and Kiser going before Wilson. Wilson is one of those guys I would reach for to be able to get him on my team. There’s a good chance he could end the 2020 season as one of the top rookie linebackers and a steal this late.

Thanks for reading and I hope you enjoyed the article. You can find me on Twitter @ejh1528. Feel free to shoot me any IDP (NFL or Devy) questions you may have. You can also check out the IDP Devy Podcast, which I co-host under the @DevyIDPGrind podcast. You can see my previous Dynasty Nerds article here and my Devy IDP articles at IDPGuys.org. Are you a #NerdHerd member yet? For just $2.99/month, you get access to rankings, extra podcasts, the buy/sell tool, and more on the way.