Rookie fever is reaching a high in 2021. Throw on an ice pack, break your fever, and be more realistic in the value of your rookie picks. 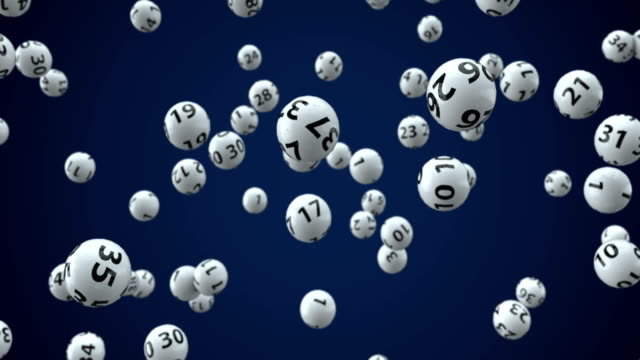 When your slot is pick 1.10 or 1.11, people are interested in it. That first-round pick could be anyone! But, the second a name is selected with the pick, the excitement lessons. The ambiguity and intrigue of what a pick could be are worth more than any player taken at that spot.

We can analyze tape and look over BMI, breakout-age, and dominator ratings on rookies, but we do not know who will be successful in moving to the next level.

Yet, I have seen owners talking in discussion boards and across leagues that players like David Montgomery, T.J. Hockenson, Amari Cooper, Keenan Allen, and Mike Evans are not worth a mid or late first-round rookie pick.

I am here to give some evidence of why you need to stop overvaluing your rookie draft picks. If you work trades and value your picks realistically, you could create a team with great depth and reliable scorers from top to bottom and potentially hurt your competition’s roster along the way.

According to ESPN, the following running backs, wide receivers, and tight ends were rostered in 50% or more of ESPN championship team rosters in the 2020 season:

Want to know how many of those 16 players were first-round picks when they were rookies? Five: Kamara, Cook, Jefferson, Metcalf, and Allen. Of the other 11 players, several went undrafted in rookie drafts, and many were players you could have picked up on waivers at one point in their careers.

Why is this important? Because winning your fantasy league is not simply achieved by getting as many first-round draft picks as you can. Dynasty football involves balance and depth and finding upside while managing the risk involved in your rostered players.

I took a look at the first-round RB, WR, and TE rookie picks (based on ADP) from the last seven seasons. I created a scale for what would be considered a successful fantasy asset worthy of a first-round pick.

Using .5 PPR scoring format, if a player had a top-12 season, they were awarded two points. If the player was not top-12 but did finish top-24, they were awarded one point. To be considered a success, a player needs to have as many points as the number of seasons they have played in the NFL (i.e., if you played six seasons, you need six points or more to be a success).

Using this scale, anyone in the 2020 rookie draft that finished in the top-24 at their position would qualify as a successful draft pick. There are a few names that did not reach this threshold, Cam Akers, for one, that can get back into the area of a successful pick as their career unfolds.

The more telling numbers come with, the more years a player has played, the bigger the sample size. That is why I went back seven seasons to look at this data.

Here is what I found. Of the 84 backs, receivers, and tight ends taken in the top-12 of rookie drafts from 2014 to 2020, only 27 of them fit the threshold I set for a successful draft pick. Maybe the scale I set is too harsh? Let us look at the names of the players that received multiple points in their career, but not enough to reach the threshold: Carlos Hyde, Jeremy Hill, Devante Parker, Tyler Boyd, O.J. Howard, David Njoku, Joe Mixon, Leonard Fournette, D.J. Moore, Courtland Sutton, and Ronald Jones II.

If we are being generous and add all 11 of these players to the success list, that is still only 38 of the 84 players that I would deem to be a successful fantasy pick.

Even amongst the top-5 selections of a rookie draft, only 57% of the selections are successful (20 of 35). Want the names that did not hit the mark but were drafted in the top five according to ADP? Sammy Watkins, Bishop Sankey, Kevin White, Corey Coleman, Laquon Treadwell, Josh Doctson, Sterling Shepard, Corey Davis, Royce Freeman, Sony Michel, Kerryon Johnson, Derrius Guice, Darrel Henderson, N’Keal Harry, and Jerry Jeudy.

Only Watkins didn’t pan out with a successful dynasty career at the top pick of rookie drafts. In the top two picks, you can add Coleman and Freeman to Watkins. Move to slot three, and Sankey, Treadwell, Davis, Michel, and Jeudy are added. The cutoff for the highest guarantee of success would safely be the rookie draft’s first two picks.

The counterargument is that there are 20 successful top-five picks from the last seven years and arguably 38 successful top-12 picks. These are players that change franchises and give owners a massive kickstart to a championship run. But when every first-round selection after picks one and two is, at best, a coin-flip, why are you holding onto those rookie picks as if they are your only chance at success?

I had a friend receive an offer this past week to receive J.K. Dobbins for their pick 1.04 in the 2021 draft. I feel the owner with Dobbins was undervaluing him or simply overvaluing pick 1.04 in the rookie draft. This offer was in a Superflex league. At 1.04, you are hoping either the fourth-best quarterback (Justin Fields or Trey Lance) or the best running back (Najee Harris) is going to outproduce Dobbins in their career by making that trade. And they very well could.

Alternatively, if the worst that happens is the pick at 1.04 is Harris, and he becomes a top 10 running back, you still have J.K. Dobbins. Dobbins looks to be a top-10 running back during his career.

While mitigating the risk on a rookie who we haven’t seen in the NFL, my friend was able to increase the probability of his team being successful. Dobbins has shown success, looks to be primed to expand on that success, and his role is already defined. The risk for Dobbins is so much lower than someone like Harris.

Dobbins is still young, so this deal may look easy for many to accept. I think you can apply the same logic to trading pick 1.09, 1.10, or 1.11 for an established player like Keenan Allen or Mike Evans. They may both be in their late 20s, but they have both been WR1 caliber receivers, and each has two good quarterbacks throwing them the ball.

I am in no way telling you draft picks are not extremely valuable and can’t help your team. One big draft pick hit can set you up for a championship run for the next four to five years.

But, if an offer comes your way to trade your first-round pick straight up for an established wide receiver or running back that you think still has a few years left in them, it is crazy not to give it thought. We all get caught up in the rookie fever. The prospect of hitting a home run with a draft pick when often we only hit a single or pop-out to third.

Some managers will define themselves as “rebuilding” and say trading for some veteran players for rookie picks doesn’t work for their timeline. That is understandable, and I get it. However, don’t let that stop you from taking a trade that is better value on your end. You can always flip the asset again.

You can dismiss this entire article and go with your strategy. You can believe that the lotto tickets are well worth the price of an established veteran because they only have so many successful years left. I just firmly believe that having two top-20 players is better than hitting the big time on one rookie pick and completely missing on another.

Rookie picks are valuable. But stop overvaluing them and missing out on an established veteran you know can produce for your team. Dynasty football is about finding upside and managing risks in your roster. There is always upside in rookies, but there are even more significant risks. Balance these two aspects more evenly when you are considering a rookie draft pick trade.