Make it Happen: Breshad Perriman to the Arizona Cardinals

The Arizona Cardinals need a deep threat across from Deandre Hopkins. @Culture_Coach tells you why Breshad Perriman is the man for the job. 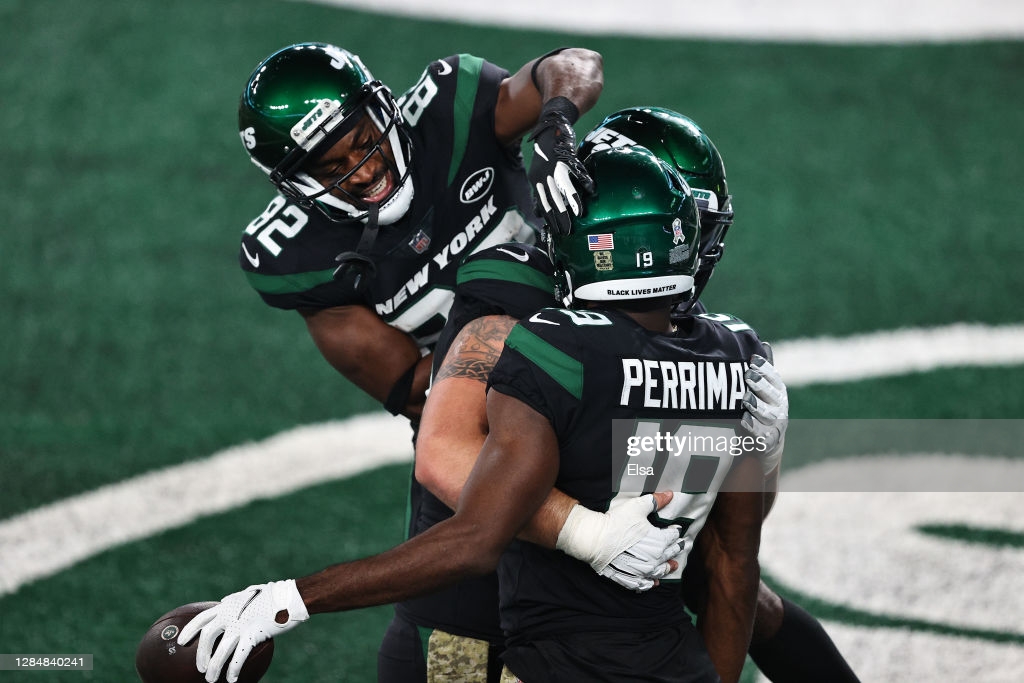 The Arizona Cardinals are heading into year three under head coach Kliff Kingsbury. The Cardinals have shown marginal improvement going from 5-10-1 in Kingsbury’s first year to 8-8 last season.

Kingsbury drafted franchise signal-caller Kyler Murray in 2019 and added bona fide stud wide receiver DeAndre Hopkins going into 2020. With Larry Fitzgerald being at the end of the road, remaking the wide receiver corps for the young quarterback is a top priority. Adding Hopkins is just the start.

When you have DeAndre Hopkins, there is no doubt who will be getting the lions share of the targets- Nuk! Hopkins led the Cardinals with 160 targets in 2020. That was up from 2019 target leader Larry Fitzgerald’s 109.

The WR2 on the Cards in both 2019 and 2020 was Christian Kirk. While I have been a fan in the past, I believe Kirk has shown us who he is. Without Hopkins, a high WR4. With Hopkins a high WR5. I think Kirk’s challenge stems from the fact that his skillset is to work the same areas of the field as Hopkins. He just doesn’t do it with the same skill and strength as Hopkins.

You can see by Kirk’s profile from PlayerProfiler.com that he has decent speed and size. Through two seasons though, he just hasn’t earned a larger share of the targets.

Perriman entered the league as a high profile player. Big, with blazing speed, Perriman seemed to be the perfect fit for the Ravens and big armed quarterback Joe Flacco. In two seasons in Baltimore, Perriman could never put it together, mixing nagging injuries, bad hands, and just generally not fitting the system. Cut after two seasons, Perriman ended up in Cleveland for the 2018 season. He had a late season burst after getting some playing time due to injuries.

It was thought that Cleveland would try to bring Perriman back for 2019. That didn’t happen and Perriman signed a one-year deal with the Tampa Bay Buccaneers.

Fantasy leagues are starting deeper and deeper lineups. A WR5 with high WR4 upside is a flex-worthy start most weeks.

Taking a look at Perriman’s profile on PlayerProfiler.com what one thing really sticks out? Oh, it’s that 4.30 speed in a 6’2″ 212 pound package.

Over the past three season Perriman has an average depth of target (ADoT) of 16.27 yards. That means teams recognize that speed is useful and Perriman has started to excel in that role. Perriman will likely never command 125-150 targets per season, but that doesn’t mean he can’t be a useful fantasy asset.

With Hopkins commanding double-teams, Perriman will be paired up one-on-one. He will usually have both a size and speed advantage on the defensive back. When Kyler Murray is in trouble, Hopkins will ad lib short while Perriman will be free to streak down field for those Murray bombs.

Does the money work?

The Cardinals sit right at 16th in cap space according to Spotrac.com with 56 players under contract. They can’t be free spenders, but they will not have to cut half of the team to get their draft picks signed.

Per Spotrac.com Perriman’s market value is $8.8mil per year. Not an unreasonable amount. Especially, for a player who seems to be the perfect fit. There is room for Perriman to get a two-year $17mil deal with a third-year option.

Signing Perriman will clearly define the roles of he and Kirk. It will likely make Kirk the unfortunate “better for real football” guy, while Perriman soaks up the flex play accolades. If Perriman does land in Arizona he will pay off handsomely.

Well Nerd Herd, it looks like I have some work to do to rectify the situation below. 19 dynasty teams in the DynastyGM and no Breshad Perriman rostered anywhere. Looks like it’s time to go to work. I can see @Iwasinverted8 raising the price already. Give him a follow.