@Glosser13 brings you his week 3 start/sit for #FFIDP. 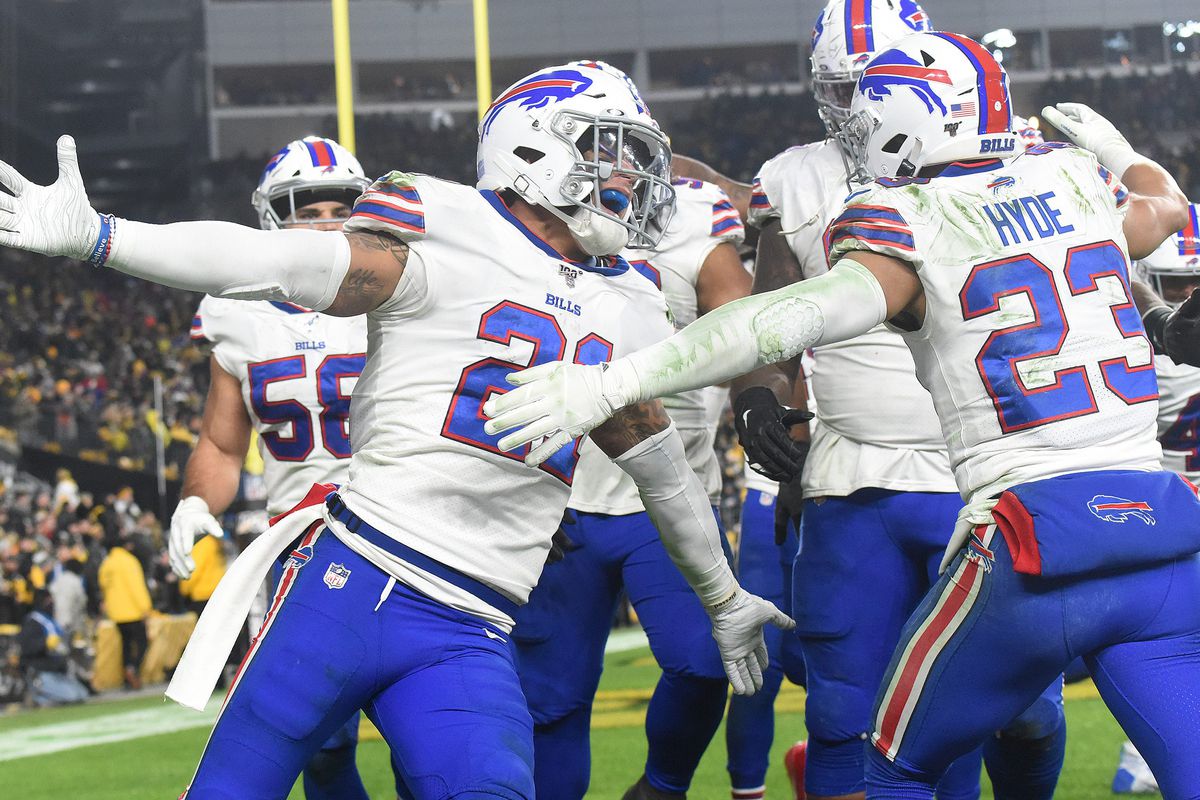 Welcome back, Dynasty IDP Nerds, to another edition of Man Coverage. We break down the start and sit options for those tough lineup decisions you’re faced with every week. Last week we had another successful week with a 9-4-1 record, the one being ZaDarius Smith, who was sent to IR after the article was published. Back-to-back weeks of nine correct starts is a positive sign as the beginning of the season tends to be more difficult to project with limited access to snap counts, or defensive packages teams like to use. Without further ado, let’s take a look at Week 3.

Kevin Byard is the leader of the Titans secondary that ranks an unacceptable 31st in the NFL through two weeks, allowing six passing touchdowns already. The Titans’ safety was coming off a 111 tackle season in 2020, and he played 93.5% of the snaps (115) over the first two weeks, tied for second on the team. Byard will play the Colts this week, who have given up an average of 15 fantasy points per game to starting safeties over the first two games. Although he’s coming off a subpar week, Byard should bounce back in a favorable matchup.

This one hurts a bit because I’m a big fan of the Giants pass rusher, but he’s not as much of a dependable IDP as his stats might suggest he is. The former Georgia Bulldog has two straight games with a sack and double-digit fantasy points in each game despite only playing 79 snaps (57.7%) this season. This season, the Atlanta Falcons offensive line has only allowed four sacks, tied for the 11th in the NFL. If this game were in his home state of Georgia, I wouldn’t be nearly as confident.

Bolton is what IDP dynasty managers wanted Willie Gay to be last year. He has played 80% of the defensive snaps through the first two games, the second-most among linebackers and the fifth most of all defensive players. Bolton has been a tackling machine as he was at Missouri with 16 stops over his first eight quarters. The Los Angeles Chargers are only running the ball on 34% of plays which may force more DBs on the field. I feel they will change that strategy this week in an attempt to keep Patrick Mahomes and the Chiefs offense off the field. If the rookie LB can stay in defensive coordinator Steve Spagnuolo’s good graces, he should be a plug-and-play starter every week.

Wilson has been a pleasant surprise over the first two games. The Cincinnati Bengals LB position was in desperate need of some life, and the former Wyoming product has given them that. Wilson has played 90.5% of snaps, and he’s the only LB to play over 52% of snaps on the roster. Wilson has registered at least seven tackles, and one impact play in each of the first two games. The Bengals’ second-year LB is averaging 16.9 fantasy points per game so far this season.

Mack has always been a much better real-life football player than he will be a fantasy football player. However, with the dual eligibility and true position updates to various fantasy platforms, his IDP value has been given life. The former NFL Defensive Player of the Year can be a force, especially at the DL position, which can be thin in dynasty leagues. Mack has 13 fantasy points over his first two games, with 12 of those coming in Week 2 alone. His tackle floor is far too low, and the amount of attention he draws from opposing offensive lines often leads to disappointing performances. Sit him down this week in a matchup against an excellent Cleveland offensive line.

There’s very little to be excited about on the IDP side for this matchup. Alex Anzalone is coming off the first double-digit tackle game of his career. Anzalone wears the green dot for the Lions’ defense and calls the plays, so it seems he’s a bit safer, according to Lions coach Dan Campbell than veteran Jamie Collins is. Detroit Lions rookie LB Derrick Barnes looks to be involved starting this week which can cut into LB snaps. Anzalone will likely stay on the field. He’s played 100% of defensive snaps compared to Jamie Collins 83%. The Ravens’ run-heavy approach has seen opposing LBs average 10.25 tackles per game this season. Anzalone could be in for another high-volume tackle week leading to a solid scoring week for him.

This is truly a last-man-standing scenario for the Saints, who have just been decimated with injuries on defense. The Saints just sent Kwon Alexander to IR while Rookie LB Pete Werner is still recovering from injury. Zack Baun has moved to weakside LB playing alongside team captain Demario Davis, and this has done wonders for his IDP value. Baun has turned in two double-digit performances, including recording seven tackles on 84% of defensive snaps last week against Carolina. If you’re desperate at LB, Baun is a sneaky play this week who can offer major upside.

From time to time, I like to do this thing where I recommend sitting a guy that seems crazy, and it wakes them up for the rest of the season. Fingers crossed, this works for J.J. Watt because he’s been unstartable more weeks than he’s been startable over the past eight games. Watt hasn’t recorded a sack since Week 13 last season, which was also his last double-digit fantasy game. The Cardinals defense has seven sacks this season, and Watt hasn’t been able to get his name on the stat sheet outside of four tackles. Dynasty managers will need to see more from Watt before confidently putting him in their lineups again.

It was surprising to see Curl only play 47% of snaps in the first game, given how good he was last season in Landon Collins’ absence. Curl ended last season with eight straight double-digit scoring games, including a 40 point performance in week 14. Unsure if Week 1 was some sort of punishment for the second-year defensive back, but in Week 2, things seemed to get back to normal. Curl played 51 snaps (74%), one less than Landon Collins in Week 2 despite not scoring well; it’s an encouraging sign for his value. Curl will head to Buffalo to play a Bills team that has given up at least five tackles to seven different DBs over the first two games.

This game features a very uninspiring defensive matchup. Miller continues to show people what they missed after sitting out all last season with an injury. Miller has three sacks through two games, and this week he gets a New York Jets offensive line that’s allowed an NFL worst ten sacks. I would only suggest Miller in the DL spot. There’s more upside to starting a high-volume tackler at your LB position.

Abram is off to a blazing start this season, with 17 fantasy points in each of his first two games. Abram currently ranks as the DB22 on the season, and he’s one of only two Raiders playing 100% of snaps through the first two games. Abram is helping support an LB group that is very hit and miss. He’s always around the ball if he can see a spike in his impact plays. There’s no reason why he can’t be a DB1 by season’s end.

If there’s a chance Vigil is still on waivers in your league, please pick him up. The injury to Anthony Barr has opened up the door for him to be the early season waiver wire steal. Vigil is the LB4 overall on the season ahead of players like Darius Leonard, Devin White, and Blake Martinez. Anyone’s guess how long this will last, but for now, he’s worth a spot in your lineups every week. Vigil has played 100% of the defensive snaps and is averaging 30 fantasy points per game.

Just like that, we have a new DB1 on the season; Tampa Bay’s Mike Edwards. He had a massive week with four tackles and two pick-sixes that resulted in 45 fantasy points. Although he’s coming off a monster game, please don’t fall victim to putting him in your lineup this week. Edwards has only played 69.2% of snaps this season, eight best on the team. The big plays are the only thing keeping Edwards’s fantasy relevant, and they are far too unpredictable to depend on.

Gary saw a boost in snaps from 60% in Week 1 to 77% in Week 2, with teammate Za’Darius Smith landing on IR. The former Michigan Wolverine is a solid player but draws a lousy matchup in Week 3 against the 49ers, who rank best in the NFL in sacks allowed (1). Gary will have better matchups before his teammate returns, but he shouldn’t be in your lineups this week unless you don’t have any better options.

Singleton continues his solid play for IDP dynasty managers. Singleton has registered a double-digit fantasy performance in 14 of his last 15 games played, and he’s become automatic in IDP123 scoring. Neither Eagles starting LBs have played more than 76% of snaps this season, yet they are both producing good numbers. The Dallas Cowboys have allowed an average of 9.5 tackles per game to starting LBs this season. This is a plus matchup, and Singleton should find himself with another big week.

I appreciate you stopping by to check out another week of IDP start/sit advice. Hopefully, we can keep up the accurate predictions and find ourselves on the plus side of things after Week 3. As always, check out the amazing content from our entire staff at Dynasty Nerds and check in with the team as they will be running office hours before the games kicking off on Sunday. Good luck this week, Nerds, and keep chasing that next dynasty championship.