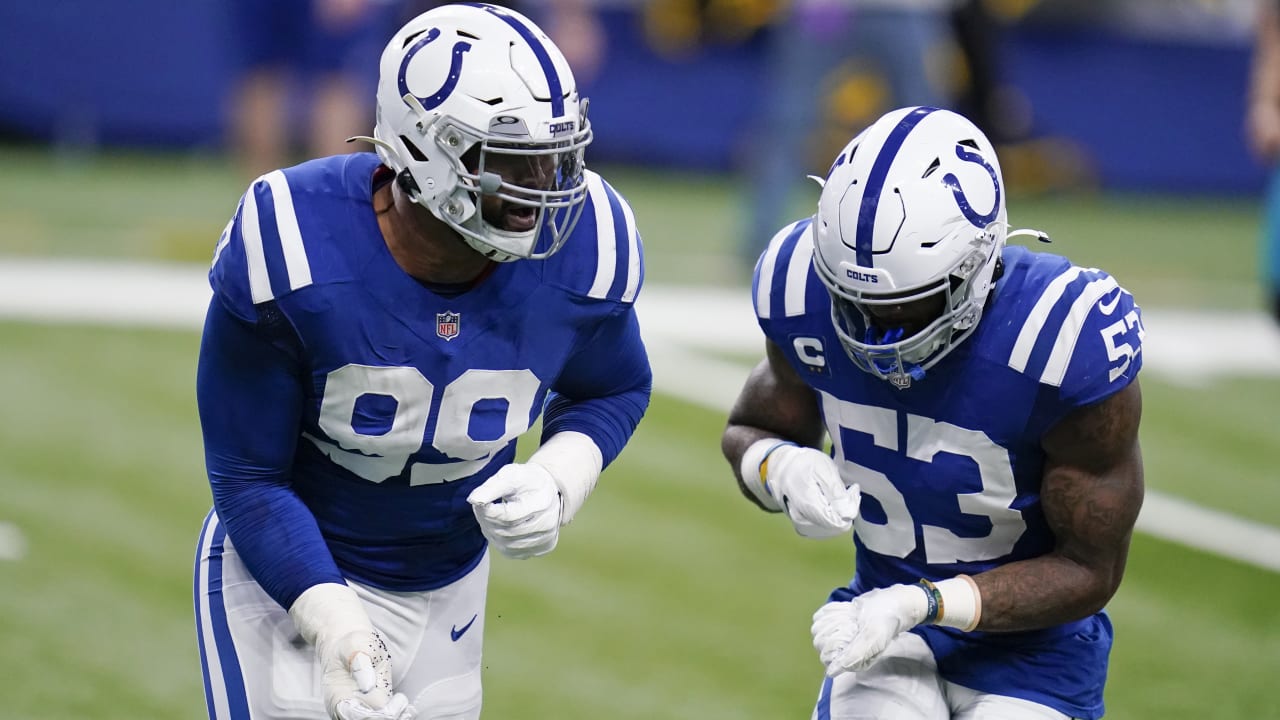 Welcome back, Dynasty IDP Nerds, to another edition of Man Coverage. We break down the start and sit options for those tough lineup decisions you’re faced with every week. Another solid week in the books predicting 10 out of 12 players correct for an 83.3% accuracy. There will come a time when I realize betting against starting LBs is a lousy business, but until then, I’ll continue to give you the best logic behind my recommendations each week. Through six weeks, the IDP start/sit accuracy is 68.29%, and we are onto Week 7 Nerds.

The Carolina Panthers might be looking to lock up Reddick long-term this off-season with the way he’s been playing. The Panthers edge rusher has 6.5 sacks this season after coming off a career-high 12.5 sacks in 2020. Reddick has been a great find for the Panthers’ defense. Over the past two weeks, he has had 57 fantasy points and plays the New York Giants, who have allowed 12 sacks this season. Who can forget last season when Reddick put on a show with 63 fantasy points against the Giants, including sacking Daniel Jones five times and causing three forced fumbles. I’m sure we won’t see a repeat performance, but there’s a good chance he gets to Jones at least once this week.

The New York Jets are a safer bet for fantasy studs on the defensive side of the ball this year. Franklin-Myers has been a bright spot for them, recording at least three tackles in every game this season with four impact plays (3 sacks, 1 FF) through five games. The Jets defensive lineman has three games of 13 fantasy points or more. Franklin-Myers will play the New England Patriots for the second time this season. In the last meeting, he had three tackles, a sack, and a forced fumble for 13 fantasy points.

I won’t have to mention it at some point, but right now, it’s still not common knowledge that you should be starting Long in all scoring formats. The Titans LB has played 148 snaps totaling 26 tackles in the past two weeks, scoring 47 fantasy points. Long has proven to be the top IDP on this Titans defense, and I can see him being an LB1 by season’s end at this current pace. Long will play the Chiefs this week, who gave up an 11 tackle game to Washington rookie LB Jamin Davis. There’s good reason to believe Long could be headed for his third straight double-digit tackle game.

Davis finally delivered for IDP managers in Week 6 with 11 tackles on 46 snaps. Davis was all over the field against the Chiefs, and he should have another high tackle opportunity this week against the Packers’ offense. Over the past four weeks, Green Bay has given up an average of 7.6 tackles per game to opposing starting LBs. The Washington Football Team will have to see what they have in their rookie LB after losing Jon Bostic for the season and Cole Holcomb making a regular appearance on the team’s injury report every week. His usage should continue to go up from here.

It took five complete games, but finally, the Atlanta Falcons second-round pick in the 2021 NFL Draft played significant snaps in the team’s last game before the bye. Richie Grant played 28 snaps in Week 5 against the Jets, recording three stops. Grant lined up in the slot on 17 snaps and played in the box on nine of those snaps. This role may suit the rookie from now on, but there’s too much uncertainty right now. He’s not seeing snaps at safety which is concerning. He will need to up his snap count before he can be trusted as a reliable IDP.

It wouldn’t be right if a few weeks went by and I didn’t remind my fellow Nerds how underrated Bell is in IDP leagues. The Bengals safety comes in with 13 points or more in five of six games this season, averaging 6.3 tackles per game and 66.7 snaps per game. His production and usage give dynasty managers a rock-solid producer at the DB position week in and week out. The Baltimore Ravens have given up at least six tackles to a starting DB in every game this season, including allowing three different DBs to post double-digit stops. Three things you can count on: death, taxes, and never questioning yourself for starting Vonn Bell in your lineups.

Harris has revived his career in Detroit, and he’s had more sacks (4) this season than he’s had in any season over the first four years of his career. The Lions pass rusher has averaged 13.6 fantasy points per game over the past five games with a sack in four straight games from Week 2 to Week 5. The Lions will struggle this week playing one of the league’s most explosive offenses, the Los Angeles Rams. The Rams offensive line has allowed a league-low six sacks this season. IDP managers have been starting Harris with confidence over the last month of the season, but a lousy matchup combined with a nagging oblique injury should have you looking elsewhere this week.

It’s not often a veteran LB who was traded for a 2022 seventh-round pick leads the league in tackles six weeks into the season. That’s precisely what happened with Raiders LB Denzel Perryman, who is a must-start in all IDP leagues. The former Miami Hurricane has at least ten tackles and 18 fantasy points in every game this season. The Raiders LB has finished with 21 points or more in four straight games despite only having one impact play (FR in week 6). It’s simple, don’t overthink it. Start Perryman every week until he gives you a reason not to.

The Arizona Cardinals offense test opposing defensive backs with their depth at the WR position. Reid is averaging 13.5 fantasy points per game this season. The Houston Texans rank tenth in the NFL in takeaways, including three (2 INT, 1 FF)  by Justin Reid. The Arizona offense has given up over five tackles per game to starting safeties this season. This is a plus matchup for the Texans’ defensive backs, who likely will see a ton of work on Sunday.

Mack has been superb this season. He has a sack in five straight games and has recorded 12 fantasy points or more in each game. The former 2016 NFL Defensive Player of the Year has six sacks on the season, and the entire Bears team has 21 total. The Bears defense heads to Tampa Bay to face an offense averaging more than 30 points per game while only allowing nine total sacks on the season. I’m sure it’s fresh on the Buccaneers’ mind how Mack dominated them last year in an upset victory when he had two sacks. I expect the Tampa Bay offense to force anyone except Mack to beat them this time around and keep him quiet for the first time since Week 1 this season.

The Indianapolis Colts’ first-round pick returned from injury in week 6 to play a career-high 44 snaps. Paye has a bright future ahead of him when he eventually carves out a role as the Colts’ best pass-rusher. Paye was fourth in snaps among Colts defensive linemen last week. This week the Colts defense plays the San Francisco 49ers, who have only allowed nine sacks on the season. The Colts are dead last in the NFL in pressures (36) and pressure % (16.1%) despite having 12 sacks on the season. There will be better games for the former Michigan Wolverine. This week you might want to look elsewhere for DL production.

The New Orleans Saints rookie LB has steadily been improving since his return from injury. Werner returned to action in week three and has seen his snap count increase in every game. The former Ohio State LB played a season-high 82 snaps in Week 5 and led the team in tackles (13). The New Orleans defense travels to Seattle who is adjusting to life without Russell Wilson. The Seahawks gave up 24 tackles to linebackers last week. I expect another potential big performance for the Saints rookie LB.

As always, I appreciate the support of those who take the time to read this every week. The staff at Dynasty Nerds is continuously producing content during the season and off-season to help you win your dynasty leagues. Keep checking in at the site for daily updates to articles, rankings, and all things dynasty fantasy football. Have a good weekend and enjoy the games.

Changing the Call: Quarterback Start/Sits Week 7
Flexy and I Know It: Start/Sit Week 7
25% Off Sitewide - Use Coupon Code "Black-Friday".