Marlon Mack Outlook: 2019 and Beyond 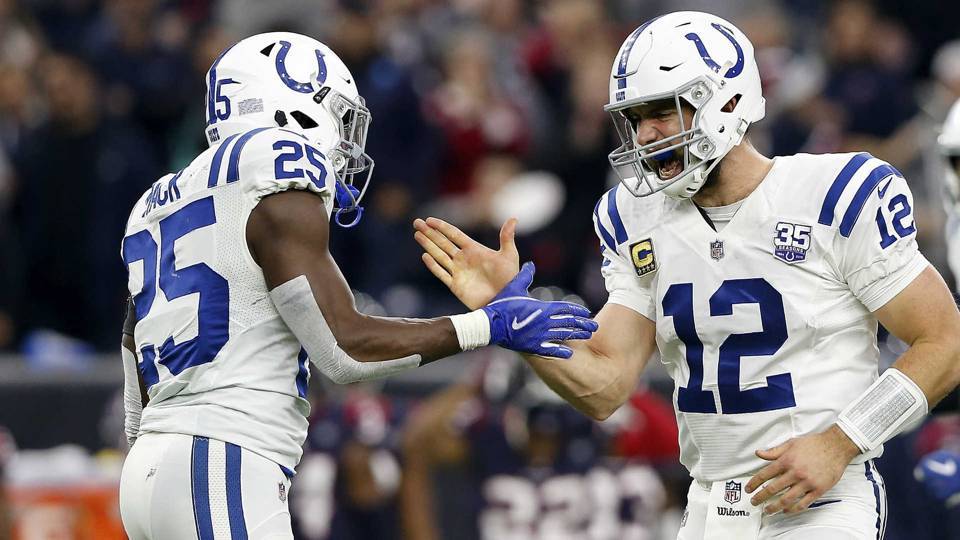 Mack has been a divisive player since he came into the league in 2017.  As a day 3 pick without an impressive combine, he didn’t always inspire joy.

But 2018 told us a different story.  Including the playoffs, he racked up a 1000 yard, double digit touchdown sophomore season.  Is this progression a sign of things to come, or a blip on the radar?  Let’s take a look.

Mack missed 4 games due to injury in 2018 (2 each for a strained shoulder and strained hamstring), and during those 4 missed games, the Colts suffered in his absence.  They never hit 100 total rush yards in a game, averaging just 67, at a meager 3.7 yards per carry.  Including the playoffs, Mack tallied 1102 yards on the ground over 228 carries, for a grand total of 4.8 YPC.  For reference, Ezekiel Elliot rushed for 4.7, and Todd Gurley for 4.9 during the regular season.

I believe Chris Ballard is telling the truth when he says Mack can play all 3 downs and carry the load.

“Marlon, he’s got burst, and he’s got that speed, but he’s a good inside runner, he’s got good play strength.  The secret is he’s been a little dinged up, just need a couple of years producing and producing those kind of numbers.” – Frank Reich, Colts HC

Wondering how someone with average athletic testing can garner these numbers and praise from coach and GM?  Let’s start unpacking it by taking a look at his 2018 highlights.  I strongly suggest you set aside 11 minutes and 33 seconds to watch.  I think you’ll begin to see why.

Let’s start with the only glaring con I can find.  Mack lacks the top end speed to be considered with the most elite backs in the league.  But what he lacks in the top end, he makes up for in many other ways.

Mack’s burst is fantastic.  He identifies and hits holes quickly.  He follows blocks.  He protects the football, and himself, very well.  He sheds arm tackles left and right when running between the tackles.  His pass catching ability is certainly good enough to keep him on the field in long yardage situations.  He doesn’t waste time and movement dancing in the backfield.  If there’s an edge, he can hit it, and hit it fast.  He seems hellbent on moving forward, always with maximum yardage in mind.  He’s fast enough to outrun linebackers.  He has a nose for the endzone, and is very elusive, especially in tight spaces.  He’s big enough to absorb the punishment required of the position, but doesn’t have to, because he rarely takes the big hits.  Playerprofiler.com, one of the most comprehensive data driven sites pertaining to football, gives Marshawn Lynch as the best comparable player to Marlon Mack.  Can you see it?  I definitely can.

Let’s talk about Mr. Mack within the realm of Dynasty.  The best dynasty evaluation tool on the internet, Dynasty Trade Calculator, (dynastytradecalculator.com) puts his value at a 14.7, within the parameters of a 12 team, .5 PPR league.  His ADP is currently 25.7, (3.01/3.02 in 12 team leagues).  Some of the RB’s being drafted after him may surprise you.

Leonard Fournette (DTC value 20.7), Sony Michel (DTC value 24.4), and Phillip Lindsay (DTC value 16.3), all fall within the next couple rounds of ADP.  It appears that Mack’s ADP has outpaced his actual value, if you believe his 2018 season was closer to his ceiling than his floor.  I believe in the latter.

Marlon Mack will be an RB1, if he remains healthy, and here’s why.

The Colts have focused their efforts on the offensive line.  Andrew Luck’s injury was a critical hit to their team in all facets.  Their primary investment and engine of the offense needed to stay upright and healthy.  This, of course, benefits the running game as well.  They finished the 2018 season as the #3 ranked offensive line by Pro Football Focus.  Fantasy Football Outsiders ranked the O-line #2 in pass protection, and #4 in run blocking.  Drafting Quenton Nelson 6th overall in 2018 was the picture worth 1000 words when it came to their commitment to the line.  He finished the season as the #6 ranked guard in the NFL, and the #1 rookie lineman.

A healthy and upright Andrew Luck means that defenses have no choice but to respect the pass.  This bodes well for Mack, and even better if any of the elite WR’s of the 2019 class land in Indy.  You see, any offensive weapons that land in Indy can only help Mack’s outlook from 2019 and on.  Unless, of course, it’s a RB.  But even if they do acquire a RB from the draft or free agency, they will not supplant Mack.  The cream of the FA crop has already been claimed, and the RB class of 2019 is nothing to write home about.  If the Colts wanted to replace Marlon Mack in FA, they had the cap space to do it.  At this point, they are a complete team, apart from more passing weapons for Luck.

With head coach and GM behind him, a powerful offensive line, and a healthy, elite QB, Marlon Mack is poised to break out in 2019, and stay there for quite a while.