Matthew on the move: Top three destinations for Stafford

The new leadership in Detroit is open to moving Matthew Stafford and undertaking a full rebuild. @Marco_14P takes a look at the best landing spots. 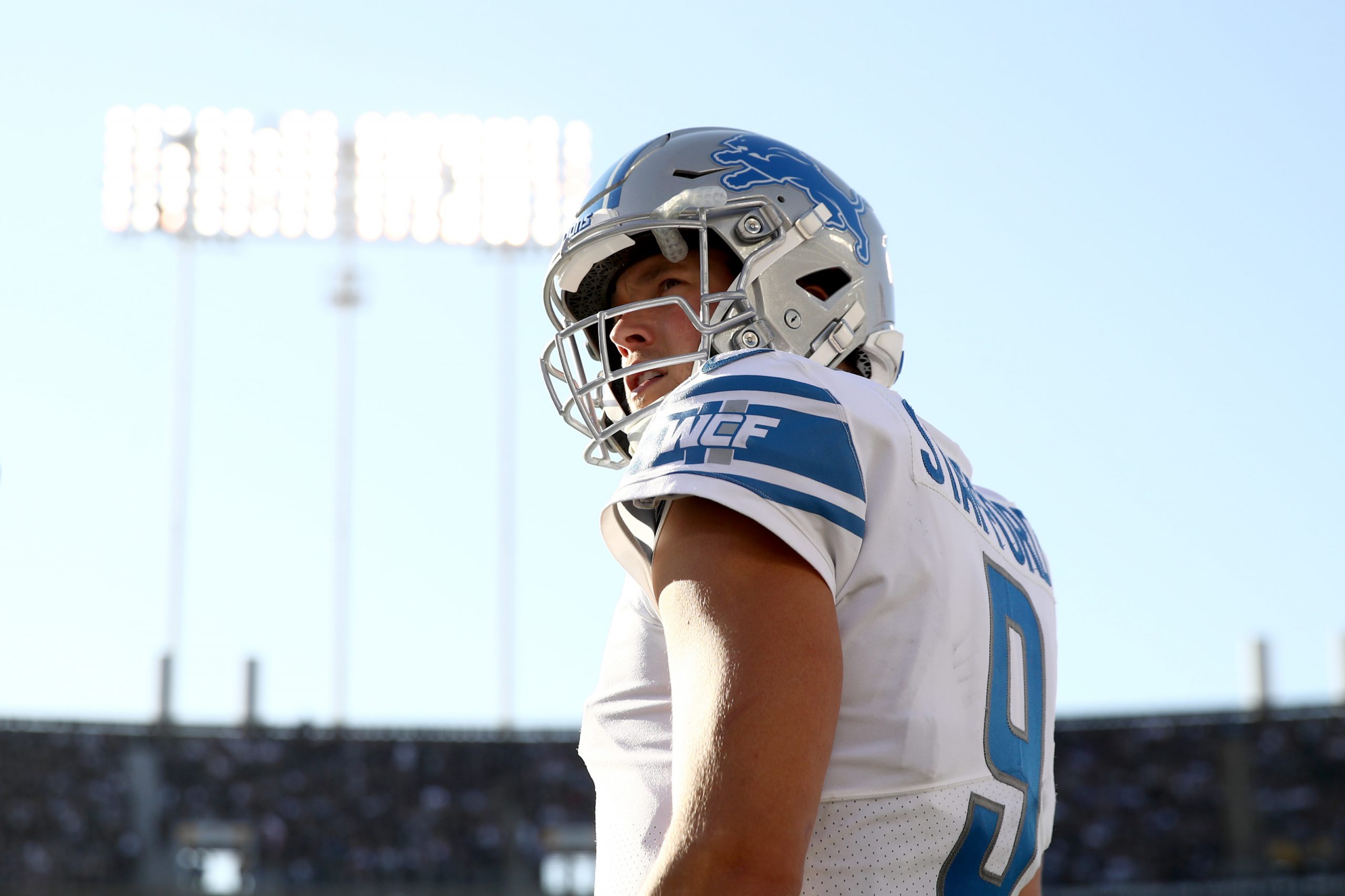 The time has finally come for the Lions and Matthew Stafford to part ways. The two sides have had discussions and have agreed that the Lions will begin listening to trade offers starting this week.

The Lions are a team looking for a fresh start. They are currently looking at a wide receiver room lead by Quintez Cephus heading into 2021. Stafford would benefit from moving on. The new head coach Dan Campbell has already made it a point to highlight D’Andre Swift’s playmaking ability in early interviews. This looks like it will be the Swift/Hockenson show until further notice.

Now back to Matthew Stafford. Although he has seen some struggles over the past three seasons, many of those struggles can be attributed to the painfully bad offensive playcalling or the fact that his star pass-catcher Kenny Golladay was forced to miss 11 games this season. Stafford still has the arm strength and grit to make a difference for a new team heading into 2021 and beyond, and if we know anything about the NFL, there are always teams that are willing to deal for a quarterback. He is still only 32 and has plenty of playing years left. So let’s dive into some potential landing spots.

I think it is safe to say that the biggest thing holding the Washington Football Team back is their lack of quarterback play. They are in the top ten in available cap space heading into next season, and they just hired GM Martin Mayhew, who drafted Stafford back in 2009. In 2020 they had one of the most fearsome front sevens in the game. Not only that, but Antonio Gibson impressed to the tune of 1,042 all-purpose yards and 11 touchdowns this season while missing two games and being hobbled in two others. Oh, and did I forget to mention they have one of the most talented receivers in the league in Terry Mclaurin.

In his first two seasons, Mclaurin eclipsed 900 and 1100 yards with the carousel of Haskins, Kyle Allen, Case Keenum, and Alex Smith at quarterback. None of them have ever had a QBR higher than Stafford in the past five years. When you look at Stafford’s game, what he has excelled at during his career is the deep ball and targeting big-bodied pass catchers. Washington, with the likes of Mclaurin, Logan Thomas, Antonio Gibson, and potentially guys like Antonio Gandy-Golden, is a perfect fit for Matthew Stafford.

Dynasty managers who have Stafford and any of the names listed above would see a huge bump in their teams’ value. Potentially propelling Stafford to a QB1 season and almost ensuring that Mclaurin, Thomas, and Gibson all land in or near the top 12 at their prospective positions. I don’t think I would see too many arguments in saying this is the most exciting landing spot for Matthew Stafford.

The Colts have tried the whole bring in the wily-vet thing with Philip Rivers. That experiment worked-ish, if they were to pull the trigger on a guy like Matthew Stafford, there would be no -ish about it. Stafford is a step up from Rivers when it comes to protecting the ball, especially in key situations. Stafford was near the top of the league in passes dropped this season. Give him an up and coming talent at the wide receiver position like Michael Pittman and one of the better offensive lines in the league, and Stafford could thrive. The Colts have 68 million in cap space heading into 2021 and more than double than any other team on this list. Putting together a trade package for Stafford may be difficult, but it is one of the more popular landing spots on this list if they can do it.

Depending on what the colts do during free agency and the draft, the only player on this team that I see having a boost in value would be Michael Pittman. Jonathan Taylor may see a marginal bump, but you can’t get much higher than where he currently finds himself amongst the dynasty consensus. This feels like more of a prime landing spot for NFL purposes than it does for Dynasty Managers.

This might be more of an attention-grabbing scenario than an actual landing spot. The thought of Stafford and Kyle Shanahan teaming up is exciting, I’ll admit. But the weapons that Shanahan has been able to put on this offense are tantalizing for fantasy owners. The return of Kittle and the emergence of Brandon Aiyuk would make this offense one of the more potent in the NFC. The 49ers would need to move on from Jimmy G to make this one work, but it’s something the team should explore.

Garoppolo has been more of a headache for this team than the steal that many thought he was when the Niners traded with the patriots. In four years with the team, he has only played 31 games. Stafford could bring toughness to the quarterback position that the team has been lacking. They also have the 12th pick in the draft, which would be a nice piece to send back to the Lions.

When I look at the value increase to the players on the 49ers, I think that Aiyuk over Deebo Samuel will be the primary benefactor here, with the obvious uptick in value with some more Red zone efficiency from a veteran like Stafford.

Don’t get left behind, join more than 5000 of your competitors and subscribe to the Dynasty Nerds youtube channel.