Looking into Hardman’s future is hard to do because of factors he cannot control. We do the hard work for you and dig into all the options looking forward with Mecole Hardman! 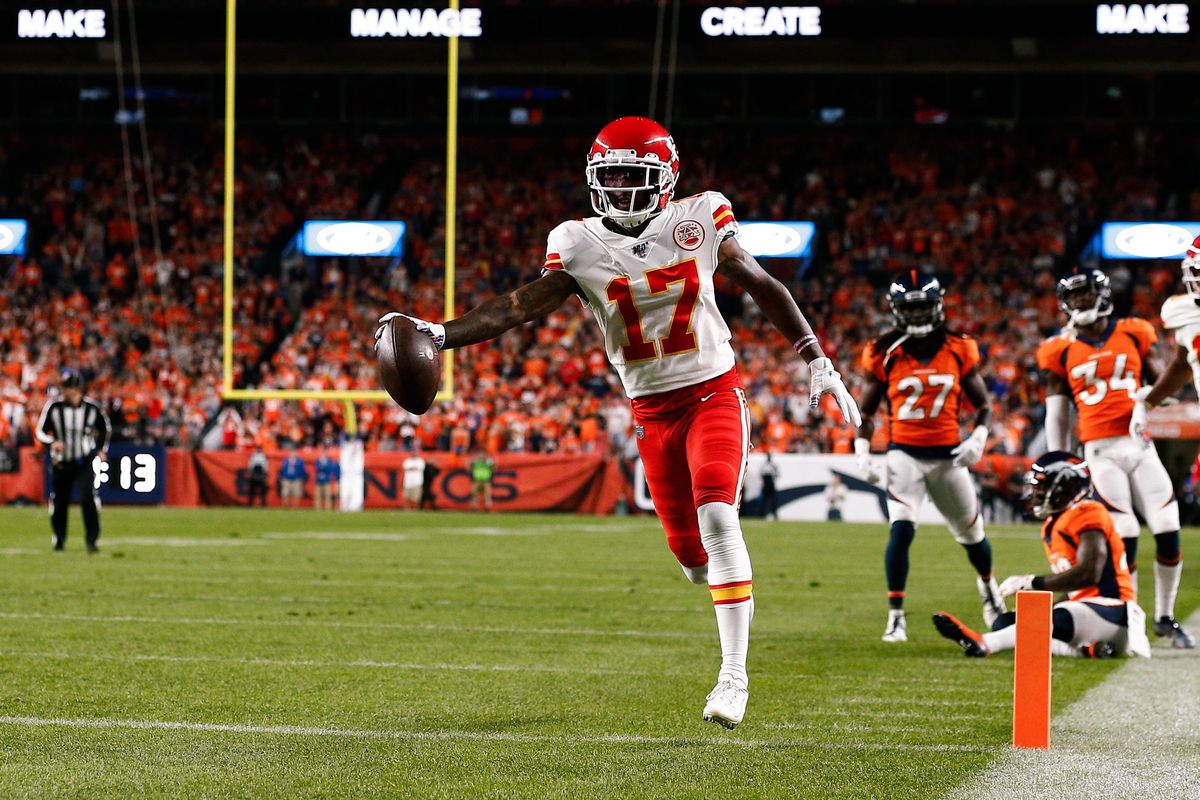 Every piece of the Kansas City offense has fantasy value. With Patrick Mahomes at QB and Andy Reid as the Head Coach, there could not be a better combination. Now, combine those with Mecole Hardman and makes him special and you may just have a golden gem as a future fantasy asset or just a smokescreen.

This article has taken much more time to write because a lot of what can be written is based on the return of Sammy Watkins. One moment he wanted to “take a break” after the 2019 season. The next minute he was unsure what he wanted to do. He stands directly in front of Mecole Hardman and all that potential.

If Sammy Watkins stays, Hardman will be someone with a ton of potential but forever capped as long by Watkins’s presence. If Watkins walks away, Hardman becomes an immediate buy candidate in dynasty with the chance to explode as a WR2 in 2020!

The elephant in the room is that Hardman is fast. Really fast to be exact. Running a blazing 4.33 40-yard dash. He is 5’10” 187 pounds and was a second-round pick in the 2019 draft. Hardman was drafted for the sole purpose to replace Tyreek Hill in the Chiefs offense. At the time Kansas City did not expect to have Hill moving forward and when Hill came back it essentially pushed Hardman to the back burner. He is a walking clone of Tyreek Hill. The speed, small frame, dynamic agility, and the ability to beat you over the top. The Chiefs have two Tyreek Hill’s now, which when you think about it, is simply not fair. Mahomes has the biggest arm in the league and it is really not close. Give him the two guys who can run past everyone and that is a deadly combination.

Hardman, playing as Hill’s replacement and behind Watkins in 2019, finished with 26 receptions, 538 yards, and 6 total TD’s. Of the 538 total yards, 282 of them were after the catch. He was used in 2019 as someone they just wanted to get the ball to and let him create. Every time Hardman touches the pigskin he has the ability to house it.

Hardman also had 256 air yards with his 26 receptions. Which is just under 10 yards per reception before you mix in his after the catch-ability. The Chiefs want to use him to stretch the field opposite of Tyreek Hill. Defenses cannot guard both of them. If they double both, Travis Kelce will have 300 receptions for 2500 yards in 2020. Hardman opposite of Hill creates a massive disadvantage for defenses. Andy Reid knows this and he will use him that way moving forward.

Now that we have a better understanding who Mecole Hardman is and how dynamic he is the situation now must be properly analyzed.

If Sammy Watkins is, for some reason, wearing a Chiefs jersey in week 1 of the 2020 season the fantasy world will be sad. Hardman’s upside becomes capped by the veteran’s presence. This will relegate Hardman to a boom or bust role similar to the 2019 season. There is a chance that he can earn a bigger role or even surpass Watkins. But, no matter the case, Hardman will not have the same amount of opportunity if Watkins returns. 2019 saw Watkins play 84% of snaps while Hardman was capped below 50%. The best-case scenario is that Hardman would creep up towards 65% range. But that cap would be nowhere near what he would get without Watkins. Fantasy is all about talent and opportunity. Hardman needs the opportunity because he screams talent all over the field.

If Sammy Watkins decides to take 2020 off fantasy owners all over the country will rejoice. Hardman immediately becomes a WR2 with WR1 upside with Mahomes throwing to him, Hill on the other side, and Andy Reid calling the plays. The Chiefs want to sling it with Mahomes. You can expect his snap share to climb right around that 80-90% range depending on personnel. By no means would Hardman be a PPR machine, but he is someone who would get roughly 8 targets a game. I’d estimate 4 catches for 65 yards on a per-game basis, with around 8 TD’s in that offense and his ability.

This quick projection would a stat line of 64/1040/8 good for 216 full-PPR points. This would have made him a nice mid-level WR2 in the 2019 season. There will be weeks when you get burned but also weeks Hardman explodes.

If Sammy Watkins stays, Hardman will continue to be someone with a ton of potential who is capped by a crowded receiving corps. If Watkins walks away, Hardman becomes an immediate buy candidate in dynasty leagues with the chance to explode as a WR2 in 2020! 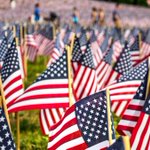 🎯 Hitting on a late round stud can boost you to a championship run. @SportsfanaticMB gives you 7 late round targets to take a shot on.👇 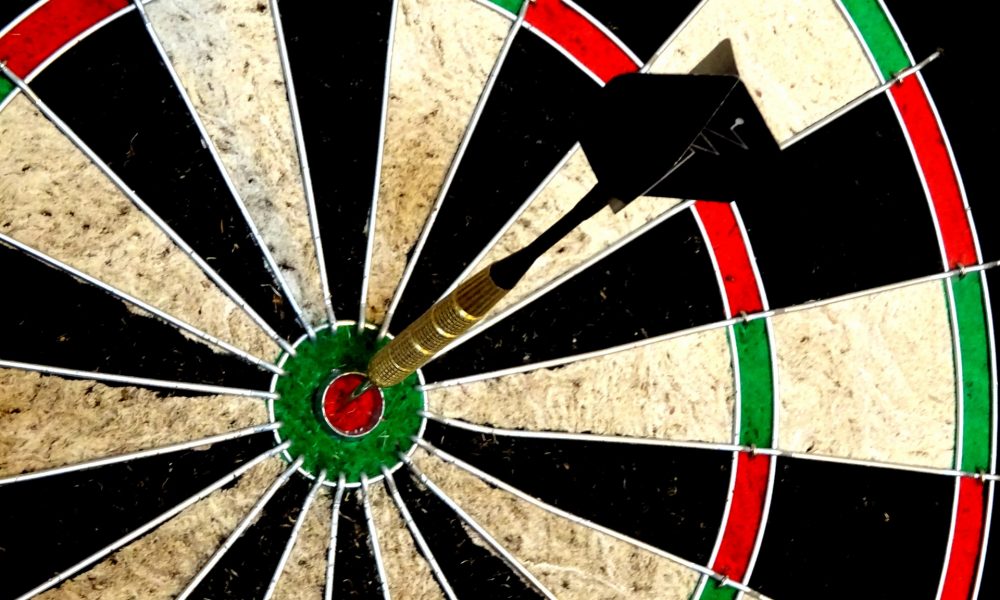 Hitting on a late round stud can boost you to a championship run. @SportsfanaticMB gives you 7 late round targets to take a shot on. 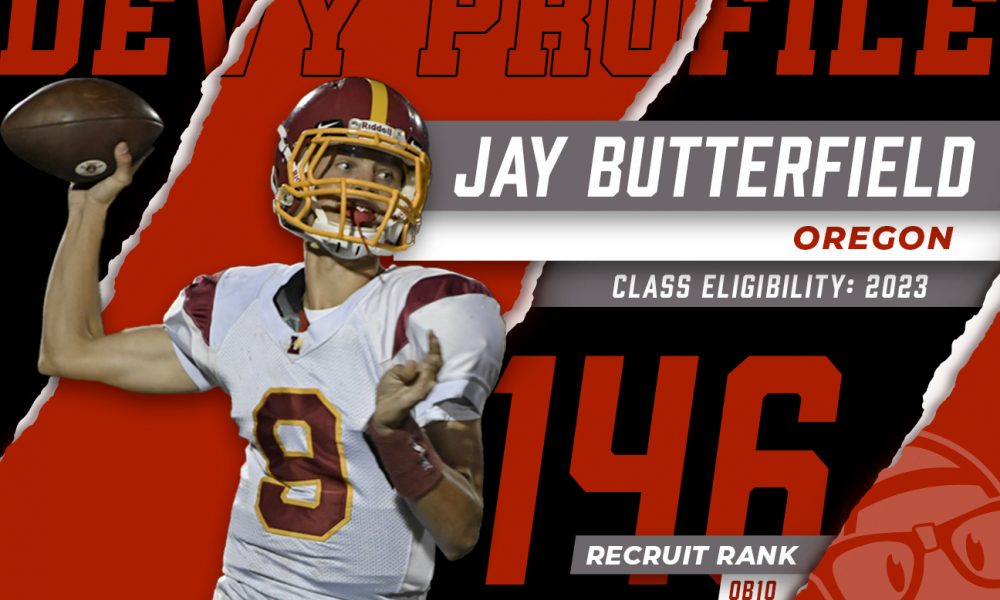 The worst acronym in fantasy football: RBBC. Let’s break it down and find the best way to navigate through the backfield committees!👇👇👇 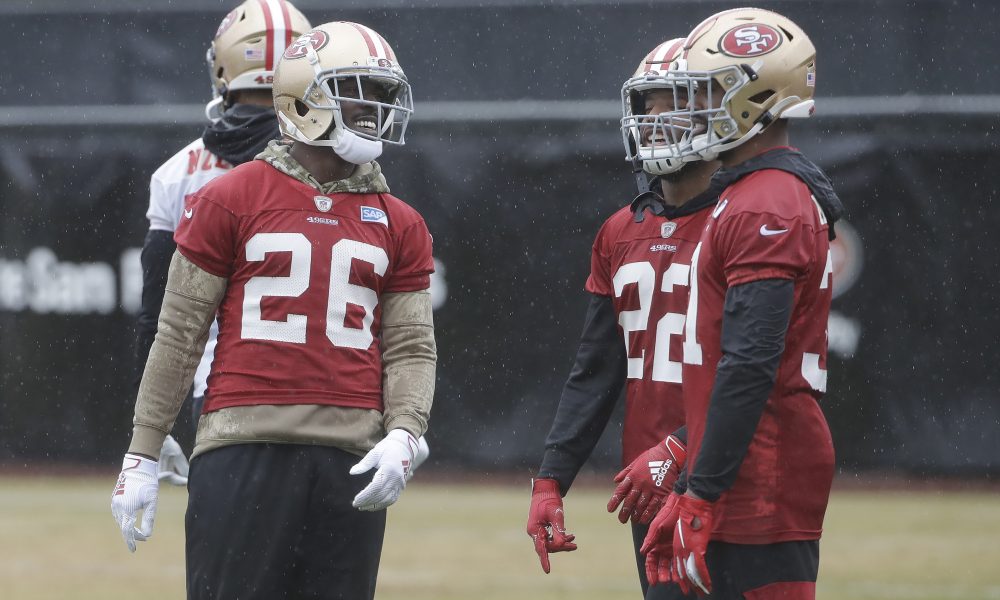 The Best Strategy for Committee Backfields

The worst acronym in fantasy football: RBBC. Let’s break it down and find the best way to navigate through the backfield committees!

🔍Looking to Join a League or need to fill an orphan team? Head over to the Dynasty Nerds Classifieds and see what's available 👇👇👇 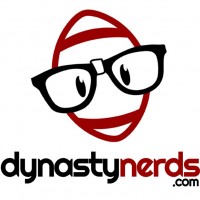 Welcome to Dynasty Nerds League Classifieds Section. You can view league openings as well as post your own leagues opening below.  Here are the groun...

Draft Profile: Devin Duvernay
What to Know About the NFL Combine