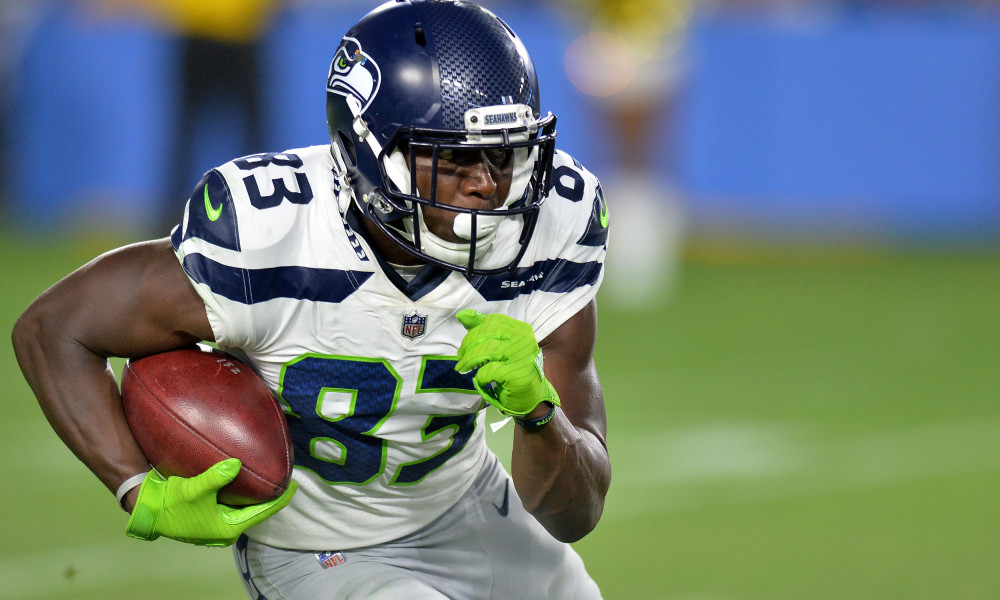 On April 29, 2017, the Seahawks drafted a 6’1” 220-pound WR out of East Central University in the 7th round of the 2017 Draft. Another height, weight, speed prospect that most teams covet, David Moore wasn’t expected to be much more than a camp body.

We hadn’t really heard much news surrounding Moore…. that was until June 12th, 2018. Seemingly out of the blue, at the beginning of OTAs, Coach Pete Carroll singled out Moore as “a special player”. Carroll continued to note, “We’re already trying to figure out ways to move him around, so he can show off what he’s got. He doesn’t look like it, but he’s a real strong kid, and he’s physical. We’re really excited to see him like we did in preseason last year with run after catch stuff. He’s had a very good camp, he has made a big jump—made the freshman-sophomore jump, and it’s exciting to see that.”

This rightfully will raise the eyebrows of many dynasty owners. A 6’1” 220-pound WR with 4.43 40-yard dash speed on a team lacking depth at WR, being referred to as “special”. All the while, he still remains on the waiver wire of the majority of dynasty leagues. Doug Baldwin remains locked in as the WR1 on the team, but Brandon Marshall and Tyler Lockett seem unpredictable at best. Additionally, Nick Vannett doesn’t have proven receiving ability, so the opportunity to see meaningful reps and targets isn’t out of the question.

A potential red-flag coming into the draft against Moore was that he played against inferior college opposition that he could easily dominate. This masked some of his flaws such as hip-tightness running routes, and an inability to high-point the ball. During his junior year, Moore was named to the Don Hansen All-America Offense Third-Team after becoming the first East Central player to record more than 1,000 receiving yards in a single season. In 2016, Moore caught 57 passes for 878 yards and notched 10 touchdowns for the Tigers.

I’m not naïve to the fact that coaches are frequently hyping up their young assets in the preseason to build confidence. However, it’s not every day that they’re calling them special and indicating they need to get them the ball more often. I have a sneaky suspicion that there’s Moore to come from the Seahawks young buck. We will now see if he can overtake Darboh on the depth chart and take that sophomore jump that Carroll mentioned.