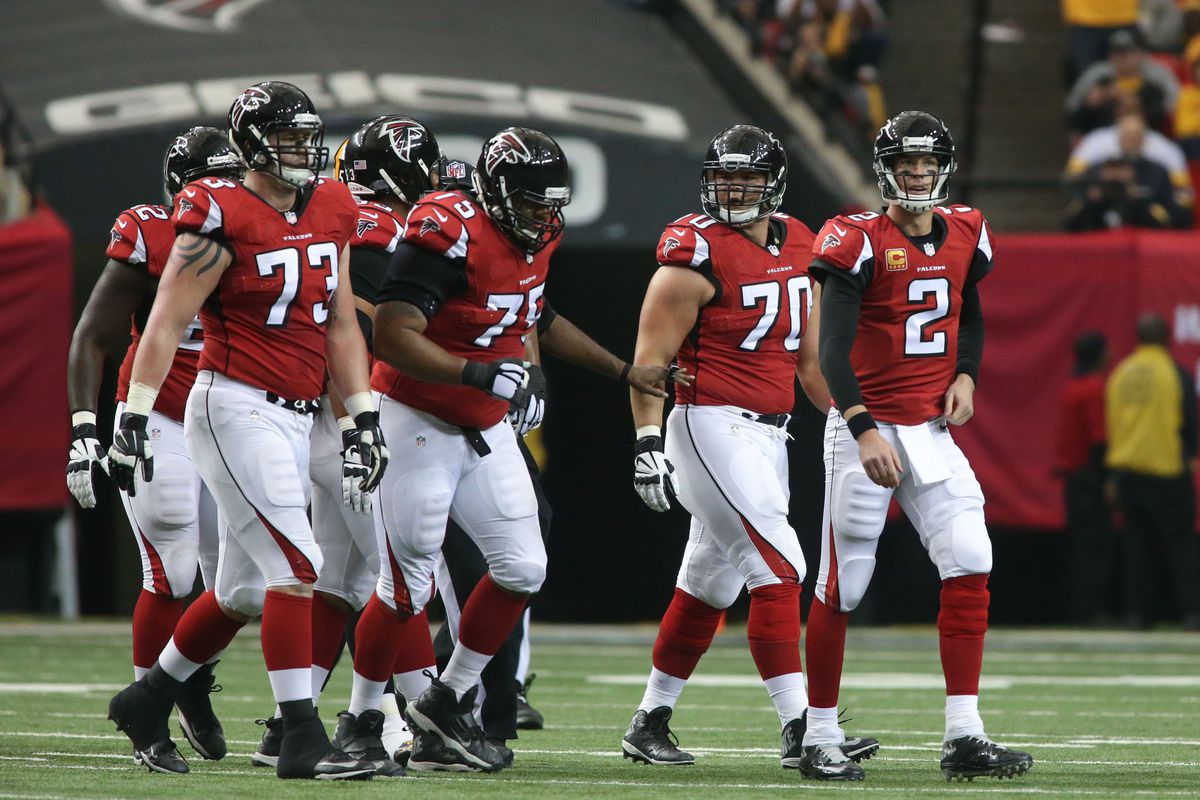 What positions on an NFL team have the highest correlation to team wins? It is far from a secret that quarterbacks make or break most teams, but it is slightly lesser known just how important an offensive line is to the impact of team wins and fantasy production. According to ESPN analyst Mike Clay, the offensive line is the second highest factor in determining team wins, second only to the quarterback:

Fantasy owners don’t always think about the impact this has on their fantasy players. It seems obvious to say this, but running backs who have better lanes produce more and likewise for quarterbacks finding their receivers when they are less pressured. Also, more wins mean more points scored, which means higher producing fantasy players on that team. This can be a valuable resource for finding players that may be undervalued going into the season.

In honor of the trenches, let’s take a look at some of the teams who have improved their offensive line the most this season. While an entire offense benefits from a great line, running back lanes and time to throw for a quarterback are the two biggest benefits of course. This is great news for young running backs on these teams, quarterbacks who were sacked a lot from the year previous, and wide receivers (more time to throw translates more time for plays to develop).

This might be the most improved and thereby first listed offensive line. Falcons invested HEAVY into their hogs. With two first-round picks, they selected Chris Lindstrom(update: Chris Lindstrom is likely out an extended period with possible broken foot against the Vikings in week 1) and Kaleb McGary, who are both highly talented and day one projected starters at RG and RT respectively. Not only that, they added veteran James Carpenter who has over 100 starts under his belt and is currently slated at LG according to ourlads.com. Couple this with the fact that they have all-stars in center Alex Mack and left tackle Jake Matthews, and this line went from average to very good with upside, at least on paper. This is especially comforting for Devonta Freeman owners who were worried about mediocre run blocking last year, and should give Matty Ice more time to find Julio and Calvin down the field.

Minnesota showed glimpses of how much they wanted to pound the rock towards the end of last season with a fresh view occupying their offensive coordinator in Kevin Stefanski. Dalvin Cook was trending toward a workhorse role already and by adding Stefanski’s mindset, offensive linemen Garrett Bradbury (first-round pick) and underrated Dru Samia (third-round pick) in the draft, along with veteran Josh Kline, this unit should be leaps ahead of last year. Expect improved rushing lanes with some much-needed support that should benefit Dalvin Cook fantasy owners and hopefully keep Kirk Cousins more upright.

With one of the worst offensive lines in the league last year, the Jets finally took some notice and addressed the position. Although he is coming off one of the lower-performing years of his career, Kelechi Osemele has multiple pro bowl selections and if he returns to even his average performance, it will be a major upgrade. They also took Chuma Edoga in the third round of the draft who could compete for a tackle position later in the year. Then they pulled out the big guns and started talking pro bowl centers out of retirement? Center Ryan Kalil agreed to terms with the Jets less than a year after announcing his retirement from the Panthers. Again, he doesn’t need to perform as he did in his prime, but he should still be an upgrade on what was a disastrous o-line last year.

The Texans signed a few starters in the spring of 2018 and kept the train rolling into 2019. They started out with the draft and their first-round selection Tytus Howard will be a massive help to plug and play at guard. Then, in one of the most shocking trades of the season, acquired Laremy Tunsil from the Dolphins. Still young, Tunsil is now easily the best player on this line and should provide Watson with more of a safe haven instead of trips in the ambulance. While the running back situation gets sorted out throughout the season, owners of anyone in their passing game should be very happy.

Now we come to a team who made the list almost entirely due to 2018 injuries. The Jags linemen could not stay healthy and missed over 25 combined games amongst the trio of Cam Robinson, Brandon Linder, and Andrew Norwell. They are now mostly returning healthy and if they can stay that way, Leonard Fournette’s ugly YPC stat should see a steady increase this year. Add in rookie Jawaan Taylor, a projected first-round pick who barely fell into the second, and this crew has the makings of a bounce-back year.

While some of these improvements are dependent on rookies performing at a higher level than their replacements, it is very notable that most of them have already secured starting roles on their listed depth charts. The teams above all had below-average ranked lines in 2018, but each of them securing multiples additions are pointing their arrows up. As mentioned in the intro, these improvements should elevate the fantasy relevance of players around them. Got questions? Follow me on twitter @DavidZach16

Spent the afternoon watching D'Andre Swift cutups on @DynastyNerds film room and can someone point me to a game where he looks like the 1.01 pick? I've watched 4 games so far and he's just ok